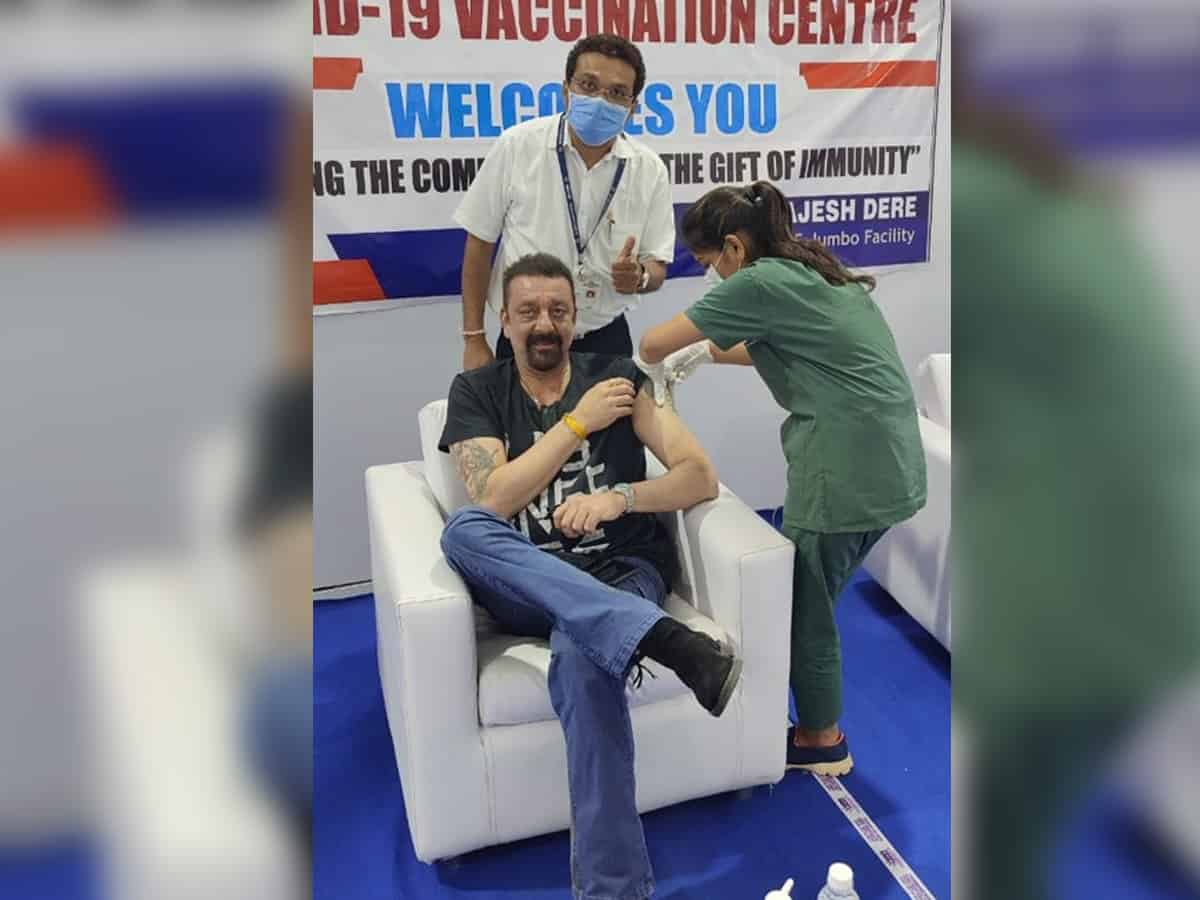 The 61-year-old actor took to Twitter where he posted a picture of himself getting the jab at the city’s BKC vaccine centre.

“Received my first shot of the COVID-19 vaccine today at the BKC vaccine center. I want to congratulate Dr Dhere and his entire team for doing such a wonderful job! I have so much love and respect for them and their hard work. Jai Hind!” Dutt tweeted.

Last August, the actor was diagnosed with cancer, following which he took a break from work to focus on his medical treatment.

In October 2020, Dutt announced he would be “out of this cancer soon”. A month later, the actor returned to film sets to shoot for his upcoming “KGF: Chapter 2”, his Kannada debut.