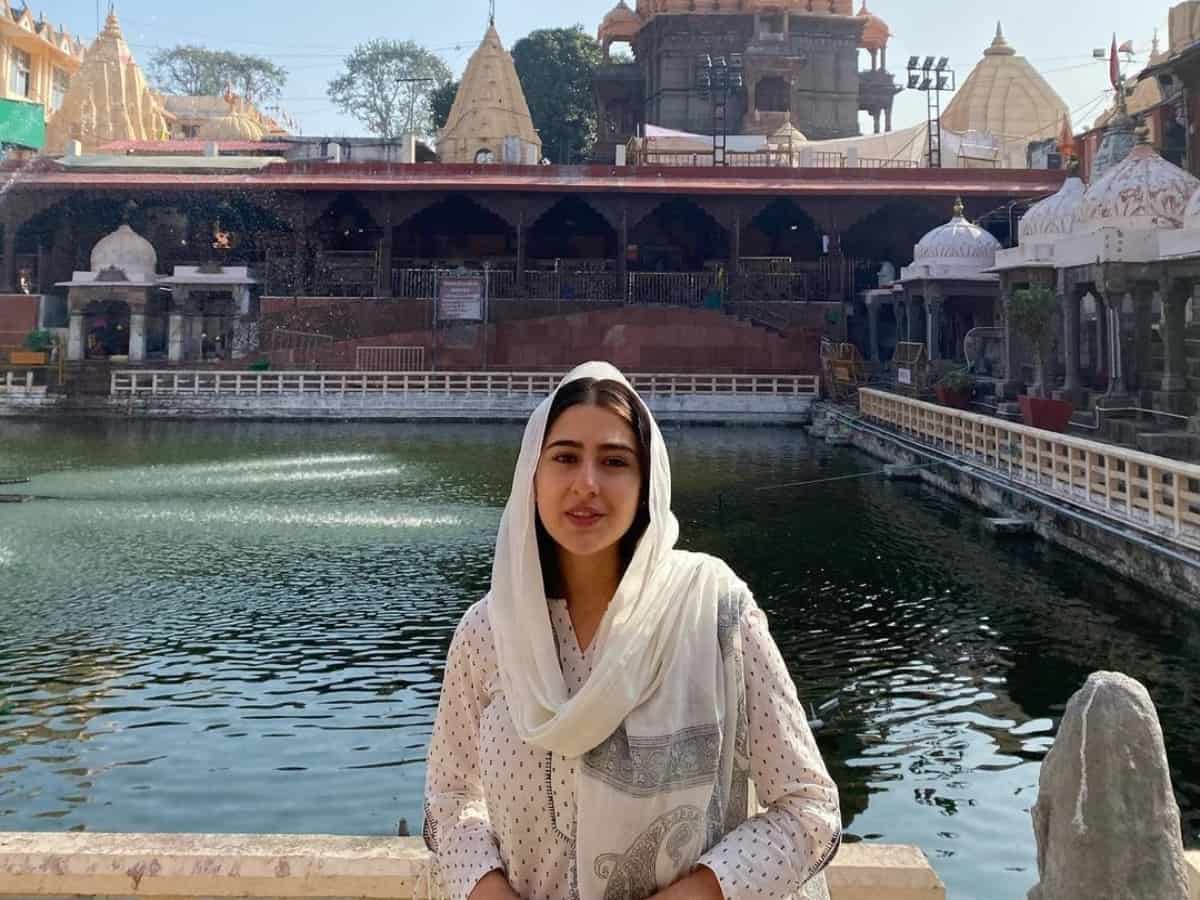 Mumbai: Known as the quirky girl belting out rhyming couplets at the drop of the hat, who knew that Bollywood actress Sara Ali Khan has a hidden and deep ‘Tolstoy-quoting’ side? Or a side that is more into informative documentaries than Netflix teen dramas? Well, in a recent interview, Sara Ali Khan unraveled her ‘evolving’ personality and revealed some facts about herself that even her die-hard fans might not be aware of.

Speaking to Elle India for the Cover Star interview, Sara Ali Khan gave her fans a glimpse into who she is apart from the kooky and eccentric star. She said, “Sara Ali Khan is constantly evolving. The girl going to a temple is the same girl wearing bikinis at the beach is the same girl who hates living away from her mother for 45 days while shooting. She will keep surprising you, because she is still surprising herself.”

Furthermore, she recalled her childhood and her summer vacations when she would visit Broadway in London to watch The Lion King play with her parents Saif Ali Khan and Amrita Singh. She also revealed her and Saif Ali Khan’s shared love for history and how they visited every museum during their visit to Rome and Florence. From the revelations, one can understand that the father-daughter duo is one curious pair.

In a first, she also spoke about her love for Russian literature and said that not everyone knows that she has majored in the subject at Columbia University. Right from Leo Tolstoy’s Anna Karenina, and Dante’s Inferno, to Dan Brown’s The Da Vinci Code, and The Odyssey by Homer, Sara Ali Khan’s bookshelf is filled with mixed genres proving that she is a woman of intellect.

Meanwhile, on the professional front, Sara Ali Khan will be next seen in producer Dinesh Vijan and director Laxman Utekar’s next yet-to-be-titled film alongside Vicky Kaushal. She was last seen in the film Atrangi Re opposite Akshay Kumar and Dhanush.