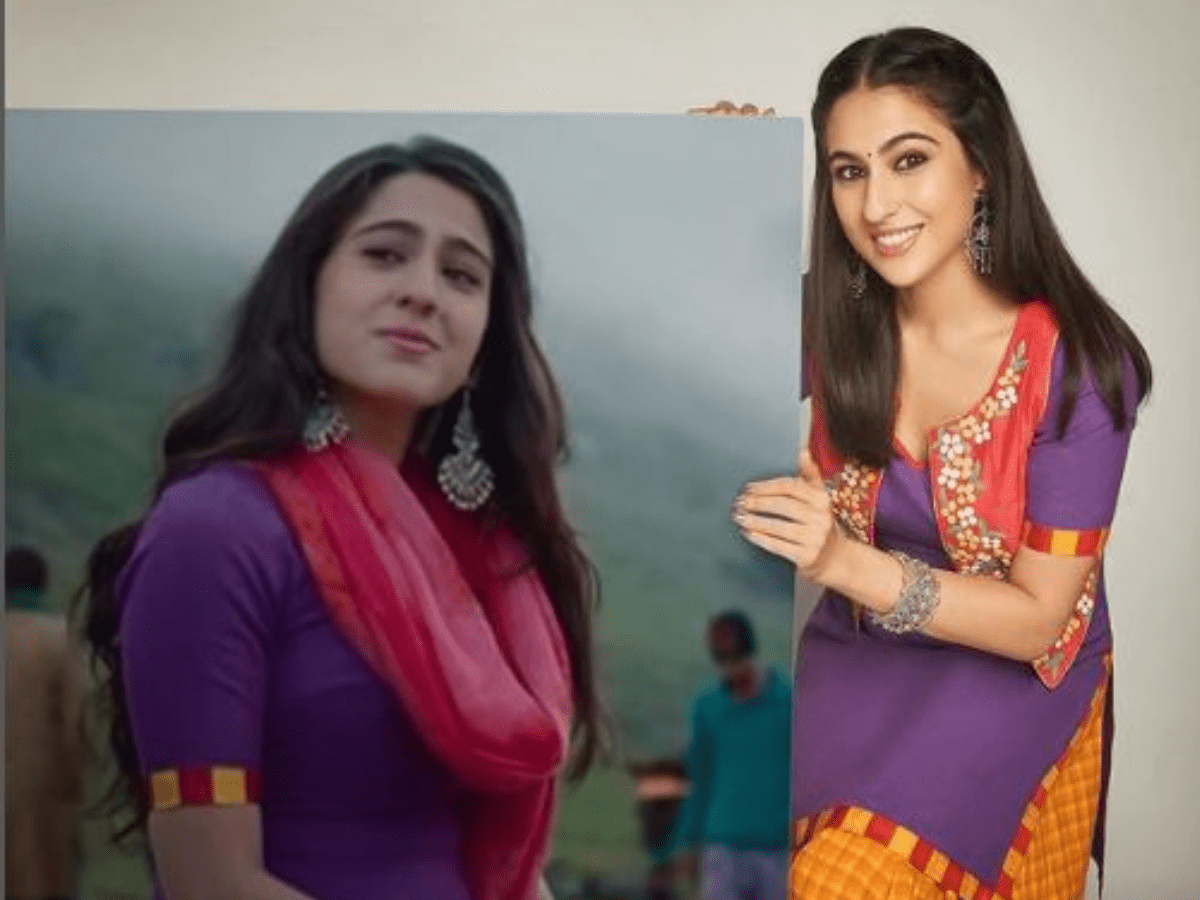 Mumbai: Actress Sara Alia Khan chose to repeat her clothes from her maiden film ‘Kedarnath’, which was released in 2018.

Sara took to Instagram, where she shared a picture of herself repeating the salwar-kameez she wore in the film, which also stars late actor Sushant Singh Rajput.

In the image, she is seen holding a photograph in the same clothes she wore, the purple-orange-red outfit.

“Decided to repeat my Kedarnath wardrobe. Sometimes repeating is the closest to reliving,” she wrote as the caption.

‘Kedarnath’ was directed by Abhishek Kapoor. It tells of an inter-faith love story between a wealthy Hindu Brahmin girl whose family owns a lodge and shops near the historic Kedarnath Temple in the Uttarakhand mountains and a Muslim boy who is a ‘pithoo’ (porter) working in the same vicinity.

As their relationship grows, the pair faces many obstacles, including familial disapproval and contrasting backgrounds. But when the sudden rains of the 2013 Uttarakhand floods devastate the region, the couple are forced to survive against the elements and face the ultimate test of their love.

On the work front, Sara will next be seen in ‘Gaslight’ starring Vikrant Massey.