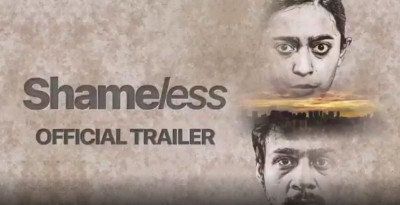 Mumbai, Jan 30 : Actress Sayani Gupta, whose short film Shameless is trying to secure an Oscars entry, says this form of filmmaking has always been revolutionary in nature.

“Short-films have always been revolutionary by nature. The majority of subjects that directors address through a short-film are socially inept,” she says.

About her film, Sayani adds: “Shameless talks about a universal emotion that we all can relate to and we hope our efforts to present this issue will reach out to the audience across the globe,” she says.

She claims the film has been well-received so far. “It is great to experience the love showered on our film from so many talented people in the industry. Film celebs across the nation have come forward to support the film,” the actress says.

Starring Sayani Gupta and Hussain Dalal, Shameless is directed by Keith Gomes. Presented by Shabinaa Khan, the short-film is produced by her along with Keith Gomes, Ashley Gomes, and National Award-winner Sandeep Kamal. It is co-produced by Girish Talwar while the sound for the film is designed by Oscar-winner Resul Pookutty.