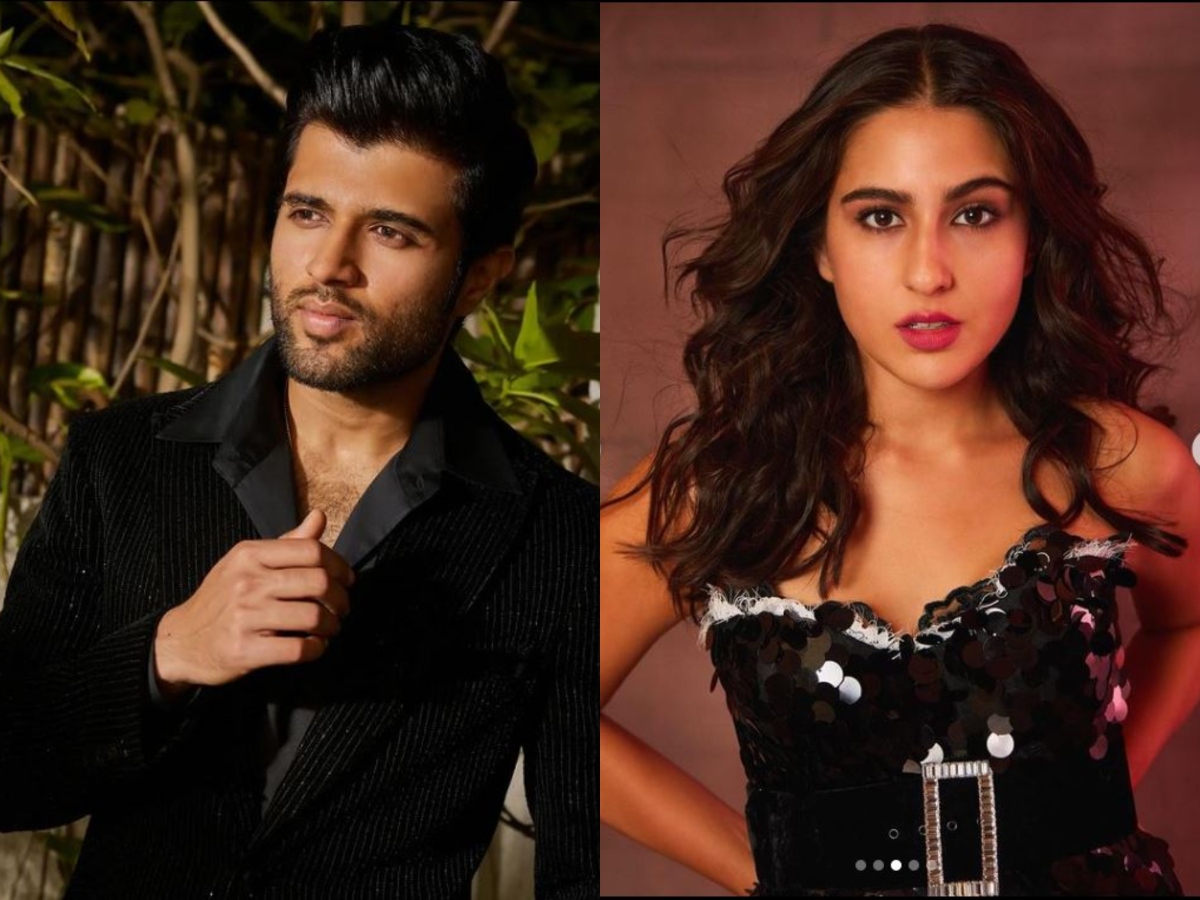 Mumbai: Seems like something is brewing between Vijay Deverakonda and Sara Ali Khan.
Sara will be seen marking her presence in a new episode of ‘Koffee With Karan’ with Janhvi Kapoor. Ahead of the premiere of the episode, the makers unveiled a promo in which Karan Johar asks “Sara, give me the name of a boy you feel like you want to date today.” At first, she denies it but later blurts out, “Vijay Deverakonda”.

Soon after the promo was released, Vijay Deverakonda took note of it and reacted to Sara Ali Khan’s wish to date him.
Sharing the promo on his Instagram stories, he wrote, “I love how you say “Deverakonda” Cutest. Sending big hugs and my affection (heart emoticon)” and tagged both the actresses Sara and Janhvi.

Meanwhile, on the work front, Vijay Deverakonda is waiting for the release of his boxing drama ‘Liger’, which also stars Ananya Panday. The pan-India film ‘Liger’ will hit the screens on the August 25, 2022. The Puri Jagannadh directorial also marks the Bollywood debut of boxing legend Mike Tyson. It will release in five languages: Hindi, Telugu, Tamil, Malayalam, and Kannada.
On the other hand, Sara Ali Khan has producer Dinesh Vijan and director Laxman Utekar’s next yet-to-be-titled film alongside Vicky Kaushal. Apart from that she also has ‘Gaslight’ with Vikrant Massey and Chitrangada Singh.