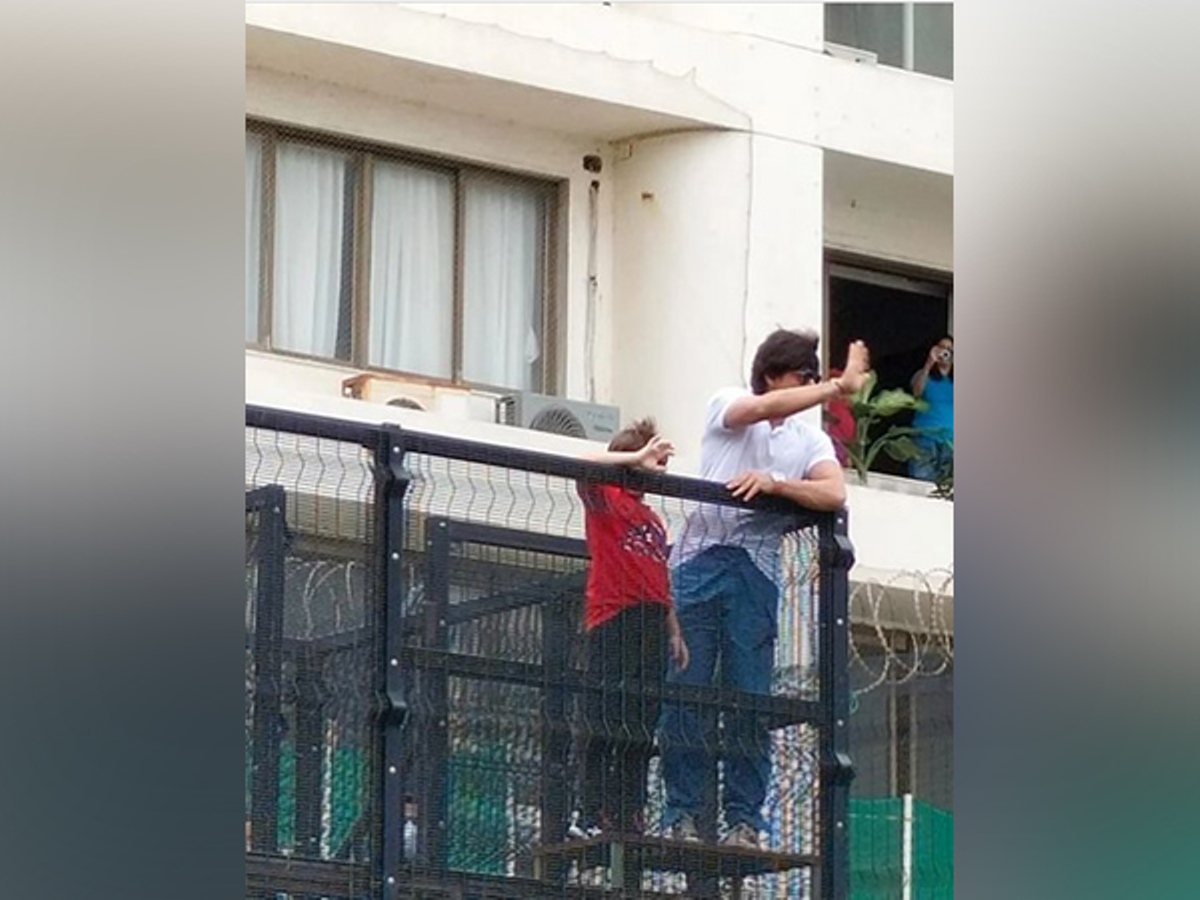 Mumbai: Superstar Shah Rukh Khan gave his fans the best ‘Eidi’ on the occasion of Eid al-Adha by greeting them from the balcony of his bungalow, Mannat.

In the recent viral pictures, SRK was seen waving to his fans, who were standing below, cheering at the sight of the superstar. He was also accompanied by his 9-year-old son AbRam, who stood on the balcony waving at the crowd below.

While the ‘Kuch Kuch Hota Hai’ actor wore a simple white shirt with a pair of blue joggers, AbRam sported a red T-shirt with black denim.

Fans and the paparazzi were seen clicking pictures of the father-son duo.

Meanwhile, a recent “classic” picture of Shah Rukh Khan, shared by his manager Pooja Dadlani on Instagram took the Internet by storm as fans went crazy over the monochrome image of King Khan. They outpoured their love and appreciation in the comment section. Appearing to be straight out of a Dabboo Ratnani photoshoot, Shah Rukh wore a full-sleeve tee and cargo pants, oozing oh-so-handsome vibes from the picture.

On the film front, Shah Rukh is gearing up to be back on screen after a hiatus of almost 2 and half years. He has three films lined up – Siddharth Anand’s ‘Pathaan’ co-starring Deepika Padukone and John Abraham, Atlee’s ‘Jawan’ with Nayanthara, and Rajkumar Hirani’s ‘Dunki opposite Taapsee Pannu.

On June 25, the superstar completed 30 years in the Bollywood film industry. On this special occasion, Shah Rukh Khan unveiled the motion poster for his film ‘Pathaan’ which revealed him in a rustic avatar. ‘Pathaan’ is backed by Yash Raj Films, and will release on January 25, 2023, in Hindi, Tamil, and Telugu.

On the other hand, ‘Jawan’ is a film produced by Gauri Khan, and presented by Red Chillies Entertainment which is also King Khan’s pan-Indian film. It is slated to release on June 2, the next year.