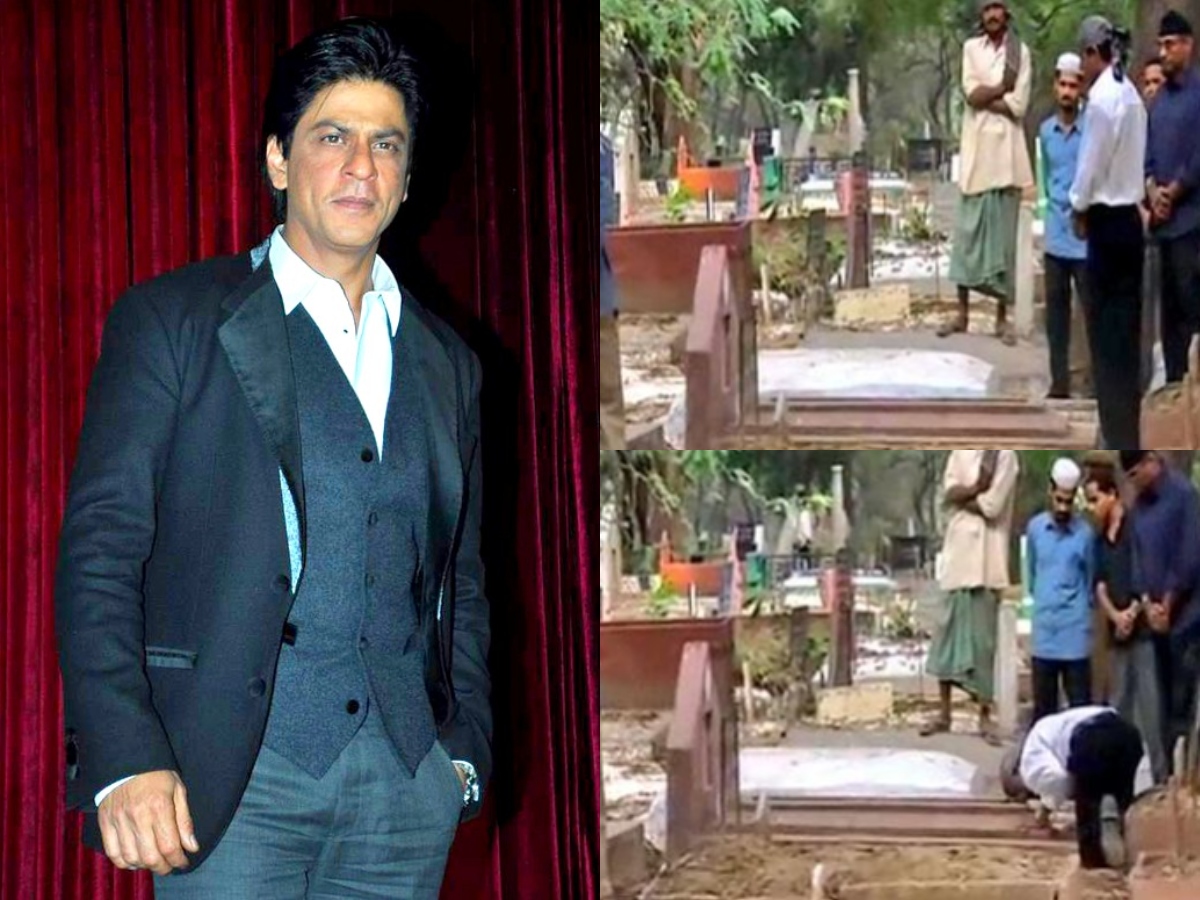 Mumbai: Bollywood superstar Shah Rukh Khan’s close bond with his parents is no secret as he often speaks about them in his interviews and calls the death of them as the biggest loss of his life. And we all know that whenever SRK goes to Delhi, he never fails to visit his parents’ resting place to pay respect.

Recently, Shah Rukh Khan who has been shooting for his upcoming film Pathan, has flown off to Delhi where he visited his parents Mir Taj Mohammed Khan and Lateef Fatima Khan’s graves in a cemetery to pay his respects.

Pictures of him offering prayers at his parents’ grave have been doing rounds on internet. Bollywood’s ace photographer Viral Bhayani has shared a few pictures of the superstar paying respect and seeking blessings in the cemetery. While sharing the same, the photographer captioned the post as, “When #shahrukhkhan is in Delhi he never misses to pay respects to his late parents.”

For the unversed, Shah Rukh Khan’s father Mir Taj Mohammed Khan died of cancer in 1981 while his mother Lateef Fatima Khan died from complications of diabetes in 1991.

In one of his interviews, while revealing how he felt after the demise of his parents, King Khan said, ‘I was 15 when my father passed away and 26 when my mother passed away. It was very sad for us. The empty house without my parents used to come to bite us (Shah Rukh and his sister Shehnaz Lalarukh Khan). The loneliness, pain and sadness of the loss of both my parents, could have been overwhelming enough to take over my life wholly.’

Meanwhile, on the professional front, Shah Rukh Khan will be next seen in Siddharth Anand’s Pathan which also features Deepika Padukone and John Abraham in the lead roles. eportedly, the film will also have Salman Khan and Katrina Kaif as cameo.