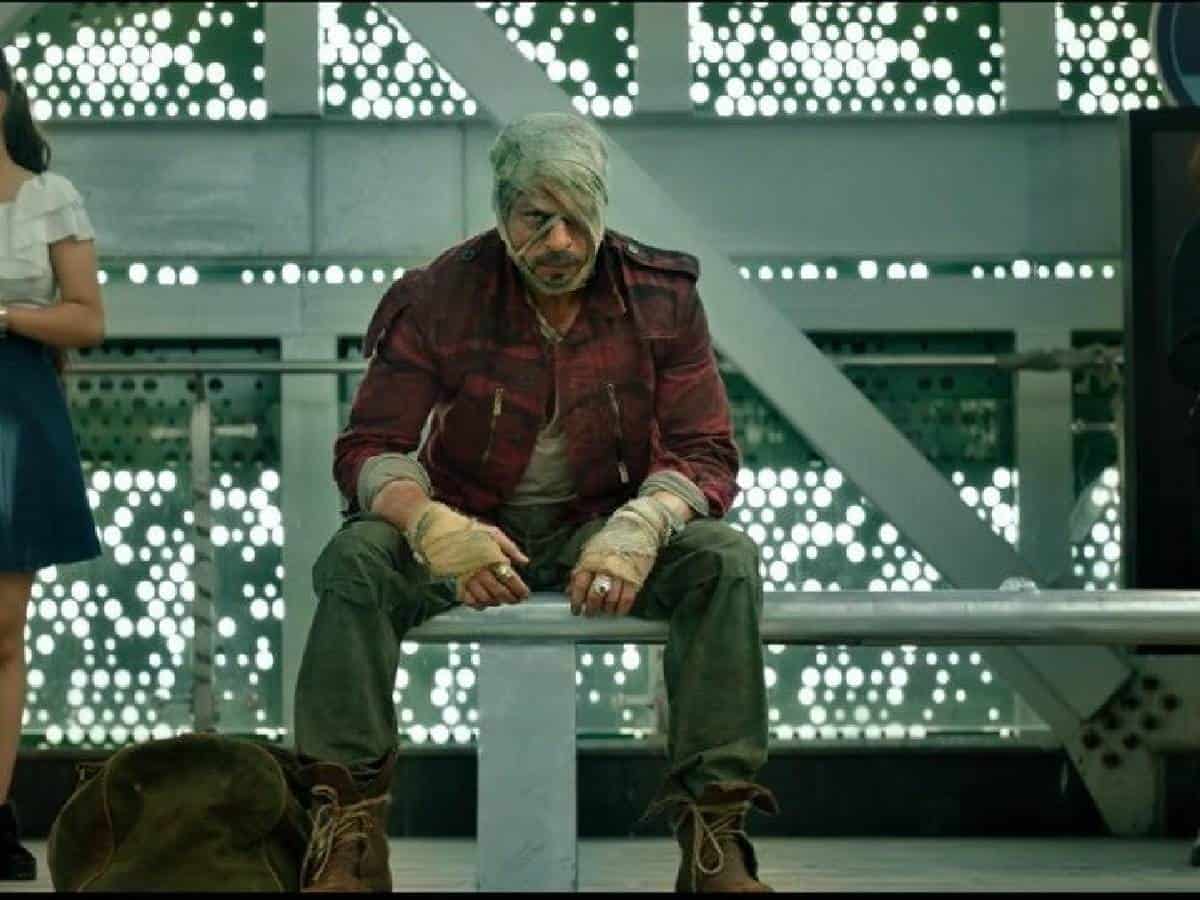 Mumbai, June 3 (IANS) Bollywood megastar Shah Rukh Khan, who earlier teased the fans with his look in ‘Pathaan’, is all set to star in filmmaker Atlee’s upcoming action entertainer ‘Jawan’.

Taking a pan-India route, the film will release in five languages – Hindi, Tamil, Telugu, Malayalam and Kannada on June 2, 2023.

Shah Rukh Khan took to his Twitter to share the title announcement video as he wrote in the caption, “An action-packed 2023!! Bringing #Jawan to you, an explosive entertainer in cinemas 2nd June 2023. In Hindi, Tamil, Telugu, Malayalam and Kannada.”

With this film, life seems to be coming full-circle for SRK, who started his journey with the character of Abhimanyu Rai on the television show ‘Fauji’ which aired back in 1989.

Talking about the film, Shah Rukh Khan said, “‘Jawan’ is a universal story that goes beyond languages, geographies and is for all to enjoy. Credit goes to Atlee for creating this unique film, which has also been a fantastic experience for me as I love action films! The teaser is the just tip of the iceberg and gives a glimpse into what’s to come”.

The special video promises a spectacular event film with high octane action sequences and talents from across Indian cinema. The teaser video unit features Shah Rukh Khan amidst a rugged backdrop, wounded and wrapped in bandages as a Spaghetti Western background score fills the frame with anticipation.

Filmmaker Atlee, who is known for directing a string of successful blockbuster films in the south like ‘Raja Rani’, ‘Theri’, ‘Mersal’ and ‘Bigil’ to name a few, commented on the occasion, “‘Jawan’ has something in it for everyone be it actions, emotions, drama all woven into create a visual spectacle. I want to give the audiences an exceptional experience, an event which they all can enjoy and who better to deliver it than Shah Rukh Khan himself, presented like never before.”

SRK already has ‘Dunki’ and ‘Pathaan’ in the pipeline.