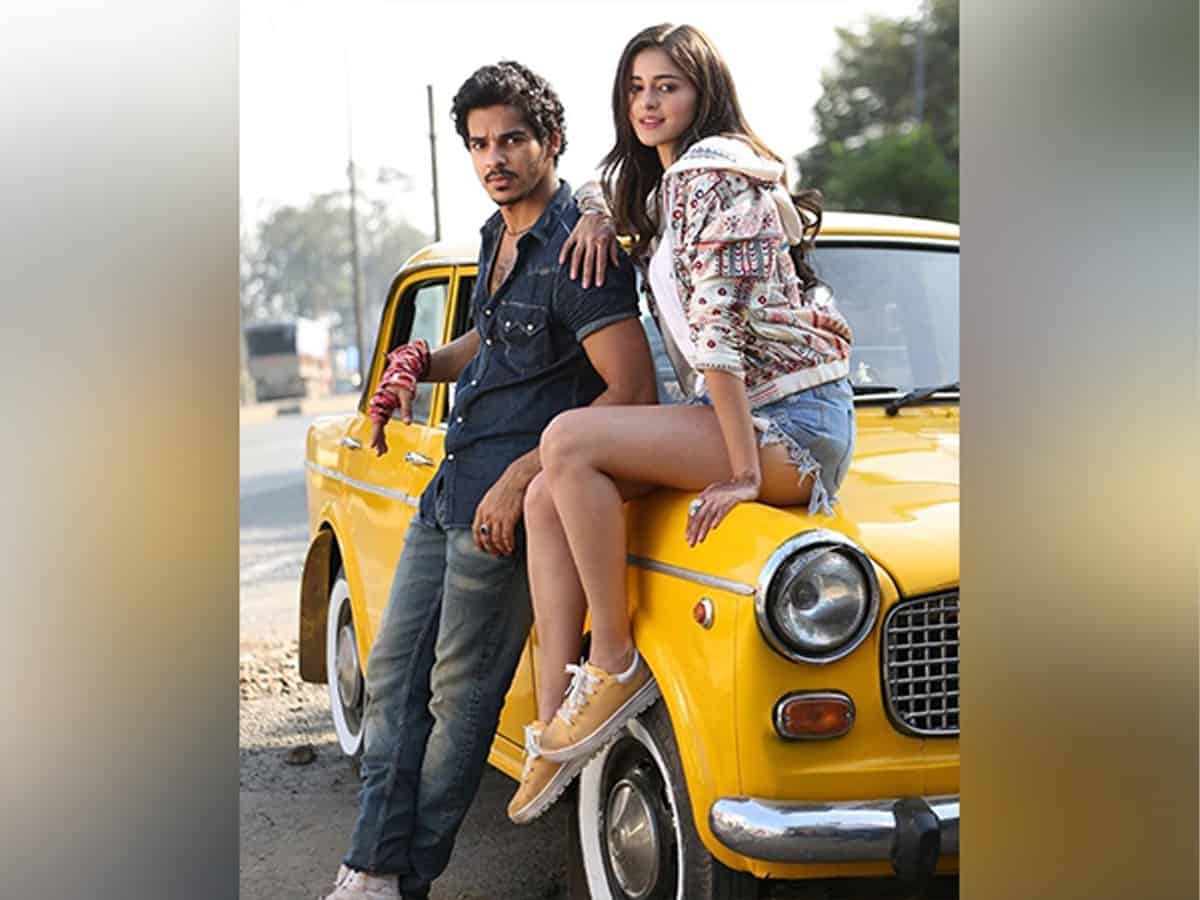 Mumbai : In a new episode of ‘Koffee with Karan 7’, Ishaan Khatter spilled the beans about his relationship status and his bond with Ananya Panday after his breakup.

The season’s first trio– Katrina Kaif, Ishaan Khatter and Siddhant Chaturvedi– turn up the heat as they discuss bromance, love interests, and the concept of suhaag raat. Chronicling fun with a side serving of charisma, the trio captures hearts and laughter with panache.

Karan prepared a bunch of saucy questions for the ‘Phone Bhoot’ star cast. And he made sure he got them to be fun and chatty about their personal lives, relationships, and funny encounters in life.

Karan asked Siddhant about his relationship. He said, “Is there any love interest?”

The ‘Gehraiyaan’ actor said, “Right now my work is the…”

Ishaan jumps in and said don’t do that to him. Ask him Ananda question.

Karan got confused. He replied, “Ask Ananda question? What is Ananda?”

Siddhant quickly changed the topic, “no no I am so single, that roaming around with me, he (Ishaan) has become single.”

What caught the attention was Ishaan roasting Karan at the beginning of the episode.

Then Karan asked Ishaan about his relationship with Ananya Panday. He said, “You broke up with Ananaya?”

Ishaan gave a witty reply, “Did I? Because you said she broke up with me recently.”

He also defended his ex. Ishaan continued, I watched that episode, you were rather mean to her.

Oopsie moment for Karan, he responded. “I meant like both of them. Breakup is always mutual right?”

Ishaan continued to roast the host in his swag. The ‘Dhadak’ actor said, “You were drilling and grilling.”

And Katrina’s one-liner grabbed the eyeballs. She stated, “A breakup is always mutual?”

And later, Shahid’s little brother confirmed his relationship status that he is single.

He also shared that he hopes to continue his friendship with Ananya. He said, “Yeah, I mean, I would hope to have her as a friend for the rest of my life. She is one of the most wonderful people I have known. She is a sweetheart, she really is. Anyone who has met her would say this. She genuinely is a sweetheart. And all pulpy questions aside, she is someone who is very dear to me and will always remain so.”

And this conversation ended with Karan’s hilarious reaction.

The ‘Phone Bhoot’ stars did open up a lot about their personal lives and the show, was, overall, quite an entertaining watch.

Reportedly, Ishaan and Ananya broke up after three years of dating. They started bonding, when they worked on the film ‘Khaali Peeli. After that rumours of them dating sparked.

Meanwhile, on the work front, apart from ‘Phone Bhoot’, he will be also seen in a period war action film ‘Pippa’ alongside Mrunal Thakur, which is all set to hit the theatres on December 2, 2022.