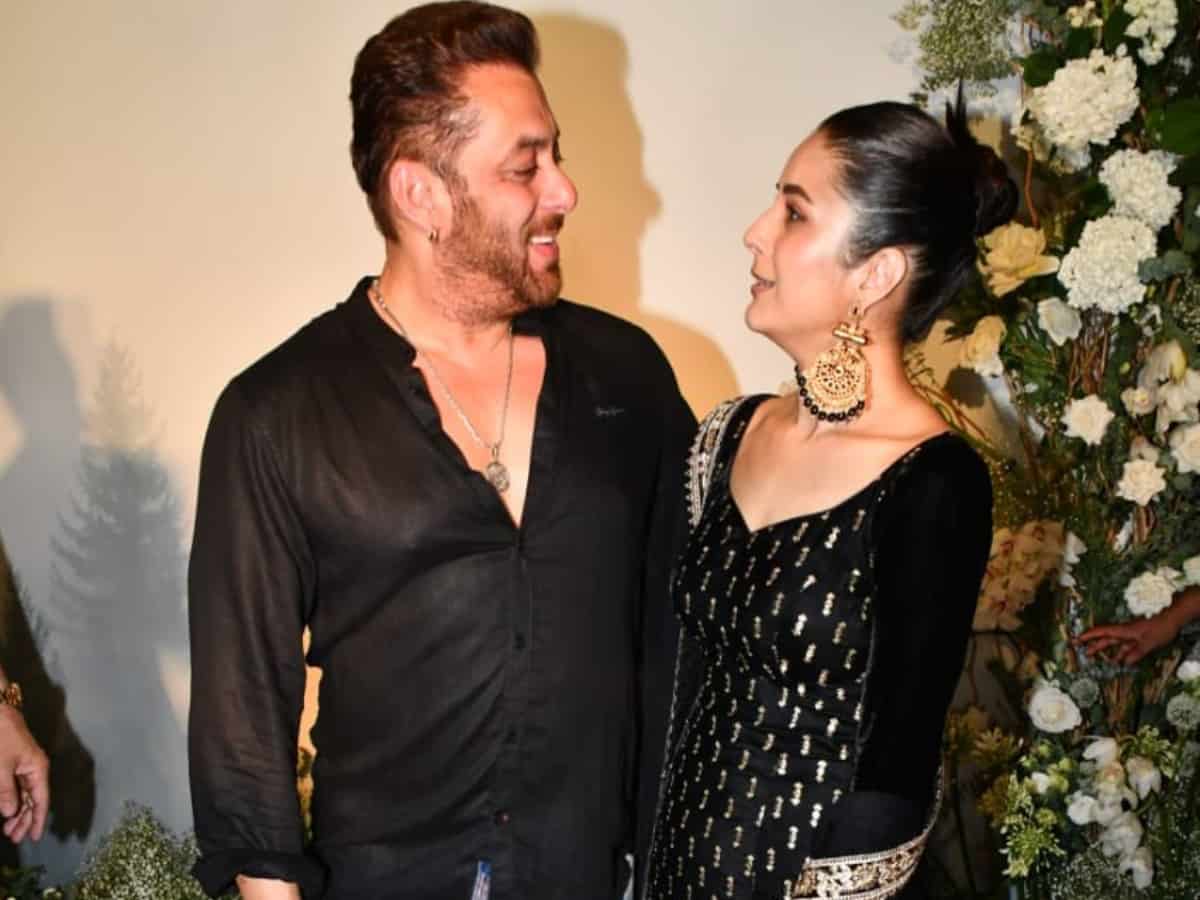 Hyderabad: Bollywood‘s upcoming film ‘Kabhi Eid Kabhi Diwali’ (now titled as ‘Bhaijaan) is currently under production stage. After wrapping the shoot schedule in Mumbai, the team arrived in Hyderabad for its second portion. Superstar Salman Khan, who is playing the lead role in the movie, is currently in the city and the shoot has already begun.

And now, Bhaijaan’s die-hard fans from Hyderabad are eager to know the shoot location and where the actor is staying in the city just to get a glimpse of their favourite star. While not many details about the same are disclosed, we have something really interesting for all those ardent Hyderabadi fans. We got our hands on Salman Khan’s photo from a hotel in the city in which he can be seen serving himself food. Going by the picture, it looks like he is binging on Hyderabadi biryani which is among his favourite foods.

Not just this, we also came across a viral photo of Shehnaaz Gill. It seems like the Bigg Boss 13 fame too here in Hyderabad for her shoot. Check out the pic below.

For the unversed, Shehnaaz Gill is all set to make her Bollywood debut with ‘Bhaijaan’. Apart from Salman Khan and Sana, the movie also stars Jassie Gill, Siddharth Nigam, Raghav Juyal, and Malvika Sharma along with Tollywood stars Pooja Hegde, Jagapathi Babu, and Venkatesh Daggubati.