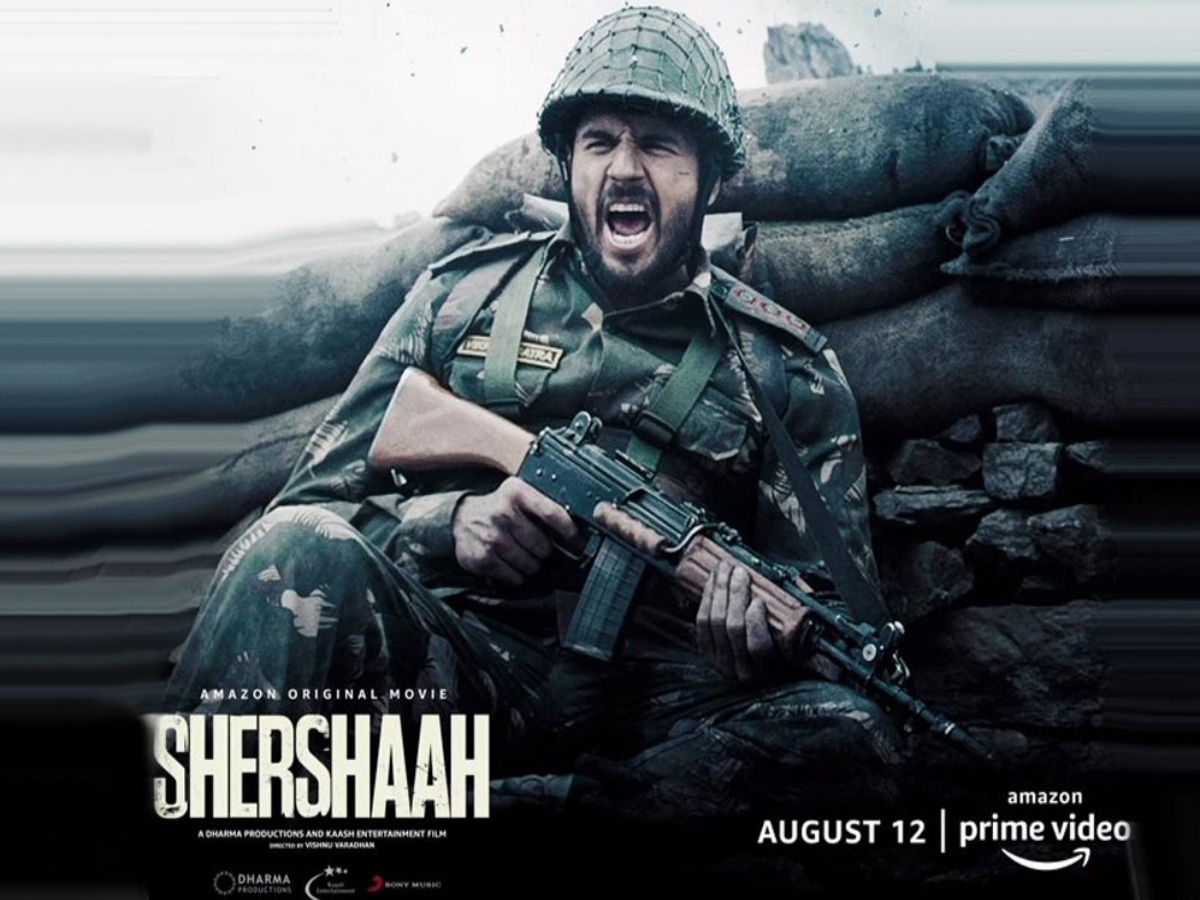 “War is a bitch, it doesn’t even let you say goodbye to your loved ones properly.” This emotionally-laden dialogue in a gut-wrenching scene aptly conveys the pathos of the soldiers in the battlefield.

Director Vishnuvardhan’s ‘Shershaah’ is a patriot’s journey, the biopic of Captain Vikram Batra, an officer of the Indian Army who was posthumously awarded the Param Vir Chakra, India’s highest award for bravery in the battlefield, after the 1999 Kargil War.

At the very start we are given an insight into Vikram’s character when he says to his dad, “Meri cheez mere se koi nahin chheen sakta hai, papa.” The film narrated through his brother Vishal Batra’s point of view, despite being predictable, is a mildly rousing and fairly entertaining portrayal of the war hero.

There appears to be some freshness in the narrative despite foreseeable, emotional and gut-wrenching moments plugged into the plot. What keeps you hooked is the romance track between the ‘Khatri Punjabi’ Vikram Batra (Sidharth Malhotra) and ‘Sardarni’ Dimple (Kiara Advani). How their love blossoms and then Vikram leaves her to follow his dream of being a part of the Indian Army, forms the crux of the tale.

You witness in Kashmir how Vikram wins over the hearts of the local populace and the confidence of his seniors and colleagues. The plot is interspersed with a couple of frontline battle scenes on the Himalayan terrain, a few where the Indian Army ferrets out terrorists from Kashmiri homes, a brutal ambush, and when Vikram, driven berserk by grief, rage and a sense of revenge, takes action that ends up cutting his life short.

These carnage-packed action scenes, despite being slickly mounted with fast razor-sharp edits, stylistic visuals and extensive use of special effects, including frequent depiction of explosions, lack the haunting tension factor.

Sidharth Malhotra delivers a charming and effective performance and his romance with Kiara Advani is palpable. With her natural looks and consistent accent, Kiara performs ably. She matches Sidharth’s histrionics. Together, they make a striking pair.

Every other actor is aptly cast. They are all pitch-perfect in their mannerisms and body language and their performances are what keep you hooked.

Kamaljeet Negi’s cinematography is strikingly brilliant. His camera movements are smooth and extremely focused. Each frame is well-angled and impressive. He captures the vast landscape in day and night shots, as well as the other shots with equal brilliance.

Overall, this film, which is dedicated to the 527 martyrs who sacrificed their lives to win back our land, is an earnest portrayal.