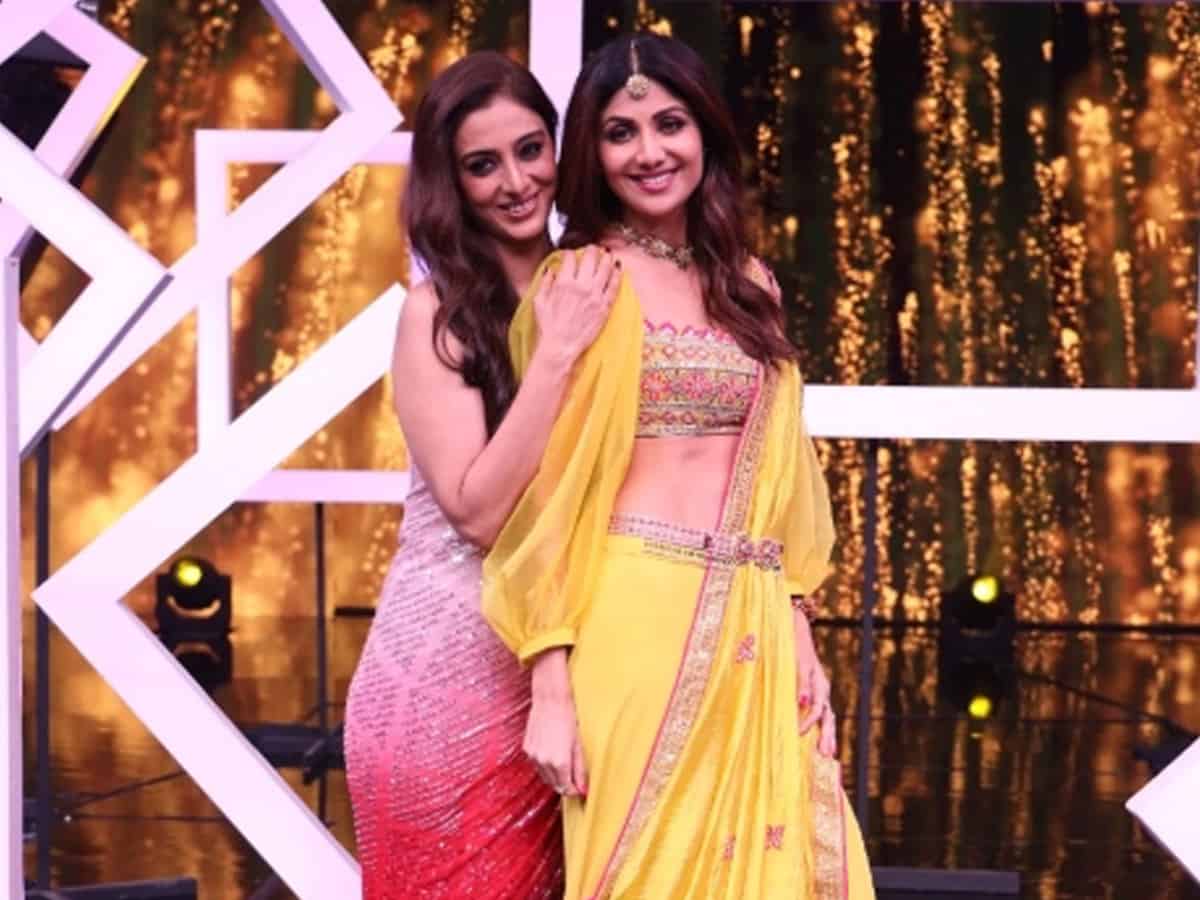 Mumbai: During the Sunday episode of ‘Super Dancer: Chapter 4’, celebrity guest and Bollywood actress Tabu will be seen complimenting the acts and also entertaining everyone with her dance moves. In conversation with judges Shilpa Shetty Kundra and Geeta Kapur, it is revealed that Shilpa and Tabu have been friends for about 25 years.

Showing the duo some images from their time shooting, both Shilpa and Tabu walked down memory lane and spoke about how their friendship progressed and flourished over the years. Shilpa revealed on the show that she and Tabu became friends when Shilpa asked for a bottle of shampoo from Tabu on the sets of Shilpa Shetty’s film ‘Gambler’ and Tabu’s set ‘Vijaypath’ at Kudremukh waterfalls.

This incidentally happened because apparently Shilpa Shetty did not foresee that they would be shooting in a jungle where she would not have such necessities available at hand. From then on, their relationship with each other grew stronger.

Shilpa Shetty Kundra said: “Our films, maybe none of the pictures celebrated the silver jubilee but our friendship did, it’s been over 25 years.”

Tabu also joined in with a story about their friendship on the sets of ‘Tarkeeb’ which was being shot on the hills of Pachmarhi. She said: “There would have been eating competitions with each other, packing in bowls after bowls of gulab jamun and kheer.”

After the shoot ended, apparently Tabu had to go perform somewhere but she could not fit in her outfits. “I had to perform right at that time! Nothing was fitting me because I had put on some 12 kgs!” Tabu then revealed that after eating she used to go to sleep while Milind Soman and Shilpa Shetty went and exercised for hours.

Shilpa Shetty also said that on sets the trio of them, Milind Soman, Tabu and herself were called “the three musketeers”.

“She is the most clean hearted and the most amazing person that I have known”, said Tabu about Shilpa Shetty.