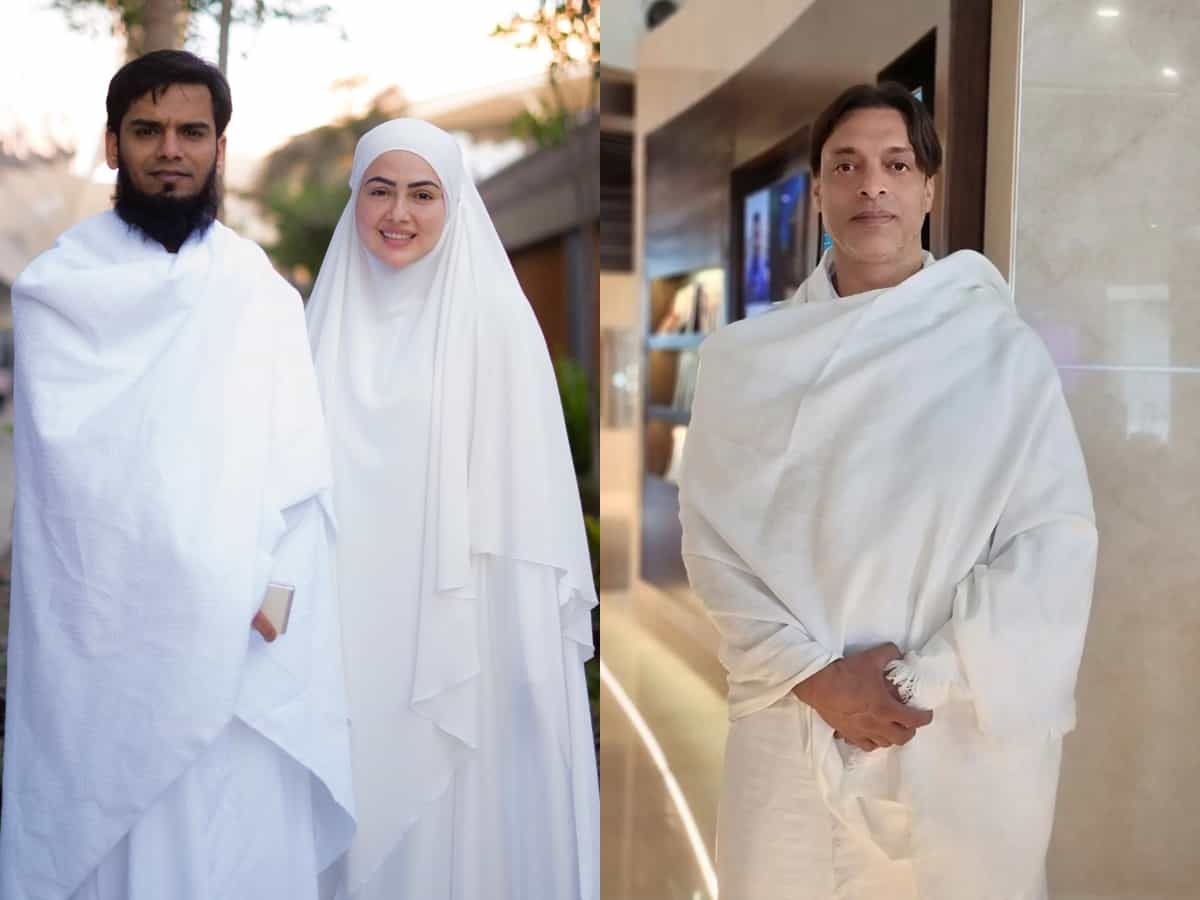 Hyderabad: It is that time of the year when thousands of Muslims from across the globe gather in the holy city of Mecca in Saudi Arabia to perform Hajj — a key pillar of Islam. After restricting this annual Islamic pilgrimage for two years due to Covid-19 pandemic, Arab government has finally eased the travel restrictions and allowed 1 million pilgrims from inside and outside the kingdom to perform it.

Worshippers dressed in white ‘Ahram’ have flooded the streets Mecca. Several celebrities from across the world too have traveled to Saudi Arabia this year to perform Hajj. The list include — former Indian actress Sana Khan, Pakistani cricketers Shoaib Akhtar, England Adil Rashid, Pakistani actress Javeria Saud, Sharmila Faruqui and others.

Sana, who quit the world of entertainment for religious reasons saying she wants to serve humanity, has been actively sharing all the glimpses from her ‘first-ever Hajj’. In one of her Instagram post, she wrote, “I don’t have words to express my feelings. May the Almighty Allah accept our Hajj and make it easy.”

“This whole vibe of coming to Allah’s house is so fulfilling. May Allah make it easy for everyone who are here performing their Umrah and Hajj,” she posted.

On Thursday, she posted: “Leaving for Mina today for Hajj. If I have hurt someone consciously or unconsciously, please forgive me, for God sake. I say it from the bottom of my heart to kindly forgive me. The Almighty Allah be kind to you.”

Check out her other posts here.

One of the fastest former bowlers turned commentator from Pakistan, Shoaib Akhtar took to his social media shared a picture of himself in ‘Ahram’ and wrote, “Going for honorary Hajj as a state guest of Saudi Arabia. I will also be addressing the Hajj Conference attended by leaders of the Muslim world in Makkah.”

In another post, he shared a photo with the caption: “At the Grand Hajj Symposium 2022 representing Pakistan in the Holy land of Makkah Mukarramah.”

Check out his pictures and videos below.

England cricketer Rashid is also in Saudi Arabia to embark on the Hajj pilgrimage. Speaking about the same to ESPNcricinfo, he said, “I’ve been wanting to do it for a little while, but I’ve found it pretty difficult with the timings.”

England cricket team congratulated Rashid and tweeted: “Hajj Mubarak, Rash. We all wish Adil well as he makes The Hajj pilgrimage to Makkah.”

Check out the pictures of other Pakistani celebs who are also a part of Hajj 2022.