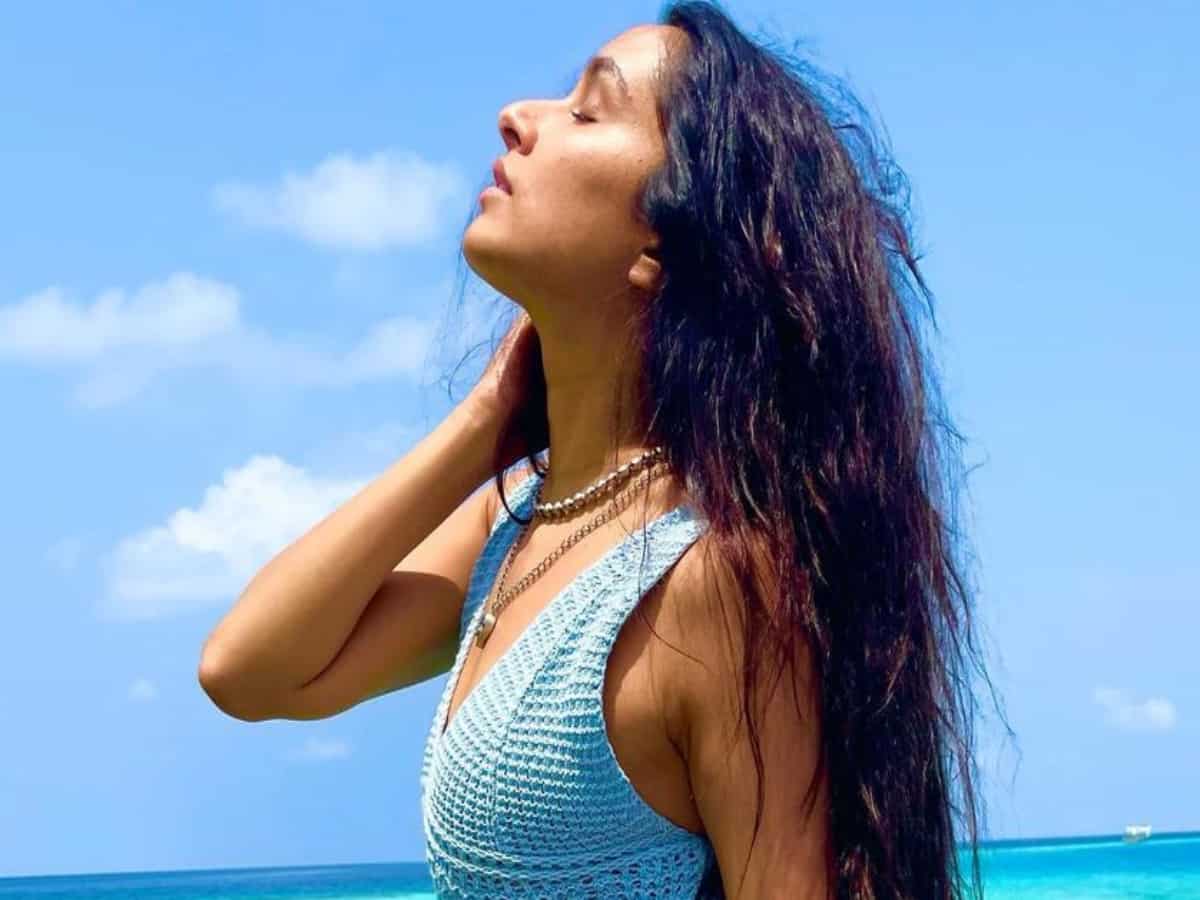 Mumbai: Bollywood star Shraddha Kapoor on Wednesday treated her fans to a mesmerising sun-kissed picture as she posed in an exotic lotion of the Maldives.

Shraddha Kapoor shared two pictures from her outing at the breathtakingly beautiful location on Instagram.

In the first picture posted by Kapoor, the actor is seen having a hearty breakfast amid the picturesque view of the seashore. The actor is seen smilingly posing for the lens, as she donned a blue mesh crop top and peach colour shorts and bore a no make up look.

The second photo sees the actor soaking the sun as she strikes a pose with her eyes closed. In the backdrop, one can catch a mesmerising view of the light blue sea and clouded sky.

Taking to the caption, Shraddha Kapoor wrote, ” Sublime Sun” and added a sun beach and a blue heart emoticon. Celebrity fashion designer Ami Patel and more than 7 lakh fans liked the post on the photo-sharing platform.

Scores of fans chimed into the comments section and left red heart and fire emoticons, as they praised the lovable picture.

On the professional front, Shraddha Kapoor, recently announced her next project titled ‘Chaalbaaz In London’, which will be a reboot of the 1989 rom-com classic ‘Chaalbaaz’ directed by Pankaj Parashar, who helmed the original flick starring late legendary star Sridevi. The actor has reportedly signed a three-film franchise based on the tele-series ‘Naagin’, to be produced by Nikhil Dwivedi.