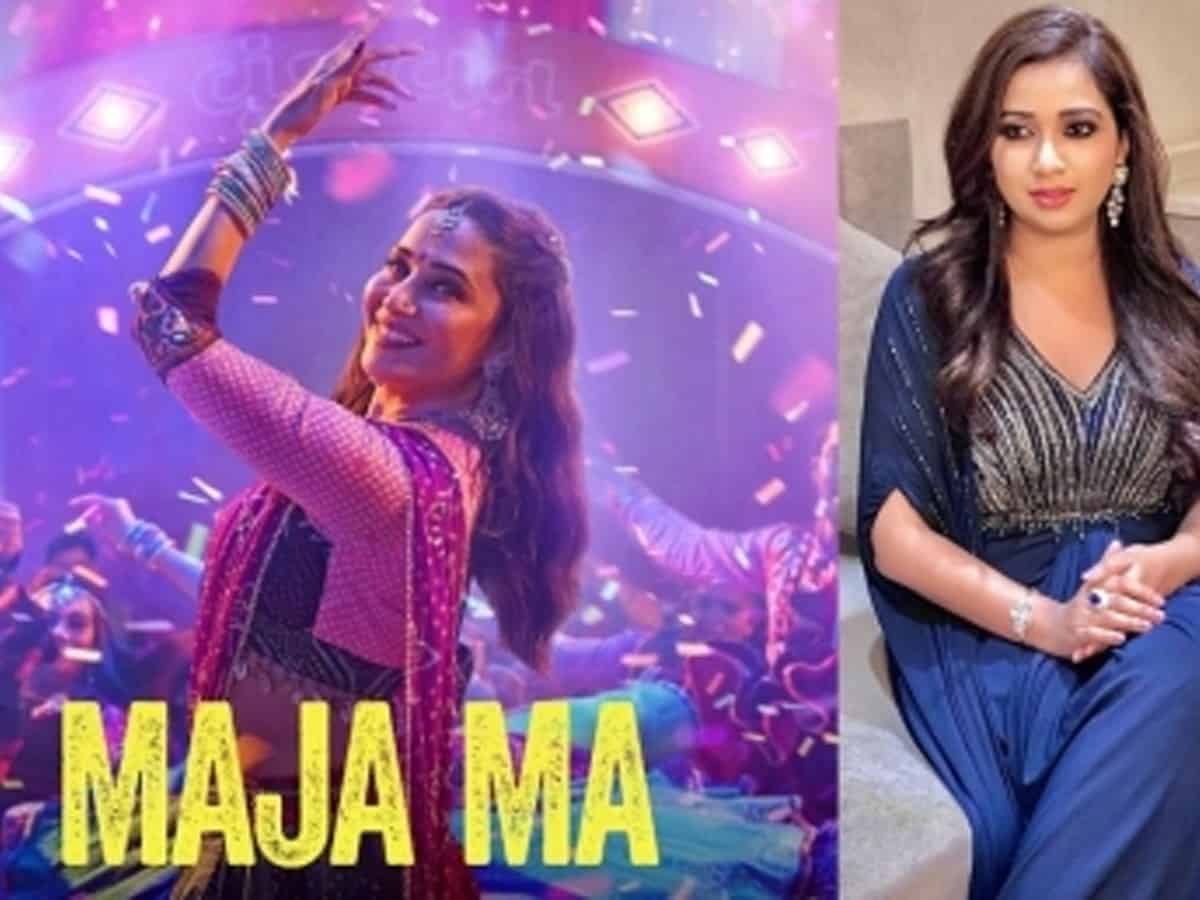 Mumbai: Singer Shreya Ghoshal, who sang first song of her career for the Madhuri Dixit-starrer ‘Devdas’, says the new track ‘Boom Padi’ from the Gujarati film ‘Maja Ma’ is even more special for her as it is the actress’s first-ever garba dance number.

The makers of ‘Maja Ma’, which will release digitally on Prime Video, launched a foot-tapping, upbeat dance number titled ‘Boom Padi’ on Thursday. The music video from the film, sees Madhuri weave her magic, with catchy hook steps.

The energetic song is sung by the highly accomplished Shreya Ghoshal and Osman Mir; composed by Souumil Shringarpure and Siddharth Mahadevan, written by Priya Saraiya and choreographed by Kruti Mahesh.

“I am so happy and excited to have sung this brilliant song”, said Shreya Ghoshal.

“I was fortunate enough to have sung the first-ever song of my career for a Madhuri Dixit starrer – Devdas – and of course have sung many other songs for her after that. ‘Boom Padi’ is even more special for me as it is Madhuri ji’s first-ever garba dance number. I am sure the audiences will love the song and it will be a festive season favourite all over.”

Calling it a “wonderful coincidence”, Mir added that he started his Bollywood career with a garba number.

“It is such a wonderful coincidence that I started my Bollywood singing career with a garba song and today it is yet another garba song that I have sung. Singing with Shreya Ghosal was a pleasure as she is such a talented artiste and sharing space with her was amazing.”

Soumil Shringarpure and Siddharth Mahadevan, who have composed the music for ‘Boom Padi’ in Maja Ma, said that when they were approached to compose this track, they were over the moon.

They added: “This has been an awesome team to work with – from the very gifted singers Shreya Ghosal and Osman Mir to Priya Saraiya, the talented lyricist who understands songs so well because of her own singing experience and of course the experienced director and producer combination of Anand Tiwari and Amritpal Singh Bindra – it was a superb experience.

“We were given a brief and the complete creative freedom that every composer dreams of. We are confident that this track will be loved especially with the onset of the festive season.”

Priya Saraiya, lyricist and singer shared that she had over the years written the lyrics as well as sung so many songs but this one has me truly excited.

“Souumil Shringarpure and Siddharth Mahadevan, have composed such upbeat music for it and Shreya Ghosal and Osman Mir have given it a life of its own with their soulful voices. And the celebration does not end therea to have the song picturised on the legendary and amazingly beautiful Madhuri Dixit, is a dream come true! I just cannot wait to watch the audience reactions to this song.”