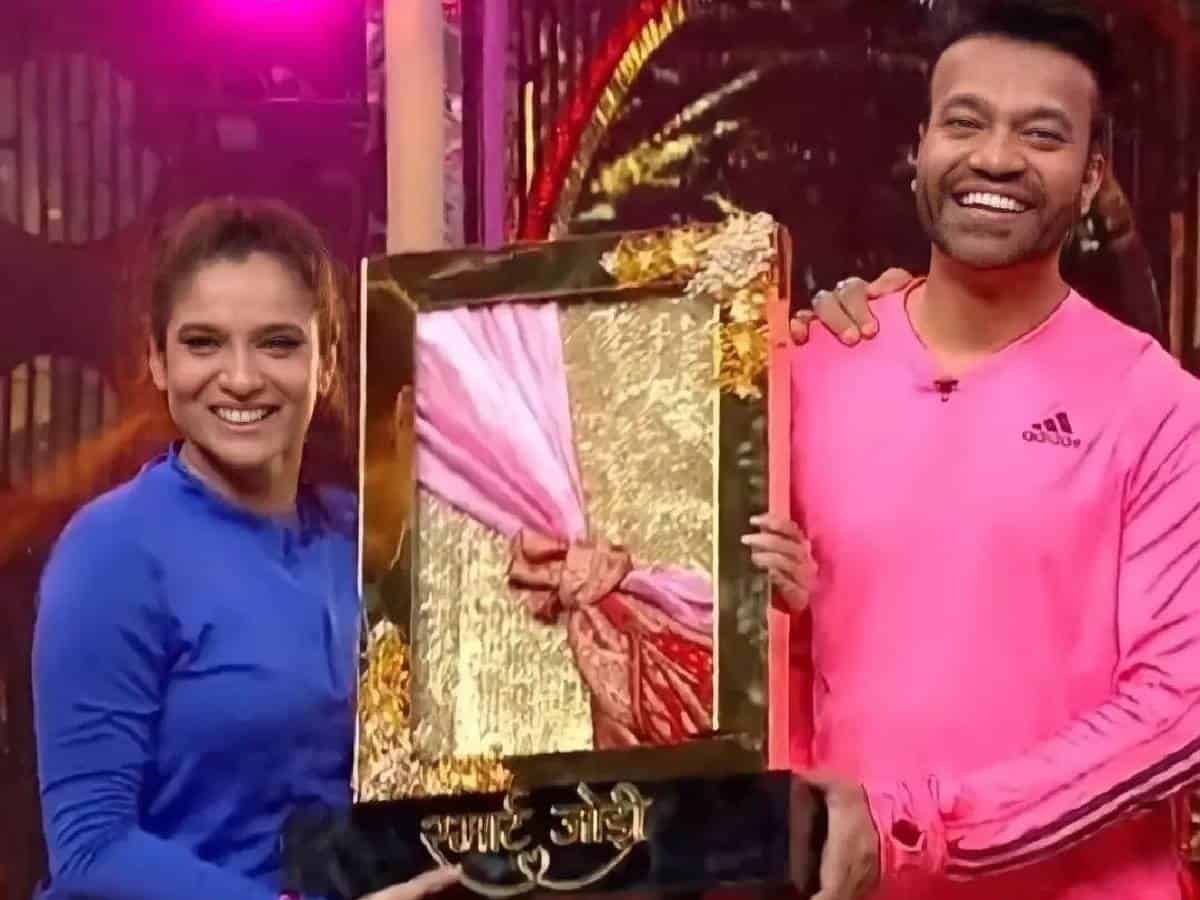 Mumbai: ‘Pavitra Rishta’ fame Ankita Lokhande along with her husband Vicky Jain emerged as winners on the television reality show, Smart Jodi. This was Ankita’s first stint after her marriage and the couple was on the receiving end of a lot of love and adoration from fans.

The grand finale of Smart Jodi was graced by Bollywood stars Ritesh Deshmukh and Genelia D’souza Deshmukh who announced the couple as winners and awarded them the ‘Golden Gath Bandhan’ trophy along with a cash prize of a whopping Rs 25 lakh.

The ‘Manikarnika’ actress Ankita Lokahande took to Instagram to share a clip of their win in the show. She captioned it, “Look how far we’ve come, my baby. We are meant to be. We were meant to MAKE IT LARGE.”

Ankita Lokhande also shared a video of the show’s team posing with the trophy. Her comment section was flooded with several celebrities including Bollywood actress Kangana Ranaut congratulating the couple.

In a recent interview with ETimes, Ankita opened up about her participation with Vicky on the show. She said, “He was very good on the show. I also learned that Vicky shares the same competitive spirit as me, and in fact, he is better than me. I thought Vicky would be camera-shy, but he was a perfect entertainer, lovable, and could even outshine me in many ways. Both of us are fit and communicate well, too.”

For the unversed, Ankita Lokhande tied the knot with Vicky Jain after three long years of dating. They got married on December 14 at an extravagant wedding ceremony in Mumbai. The wedding was preceded by many pre-wedding functions including sangeet, cocktail, mehendi, and haldi.