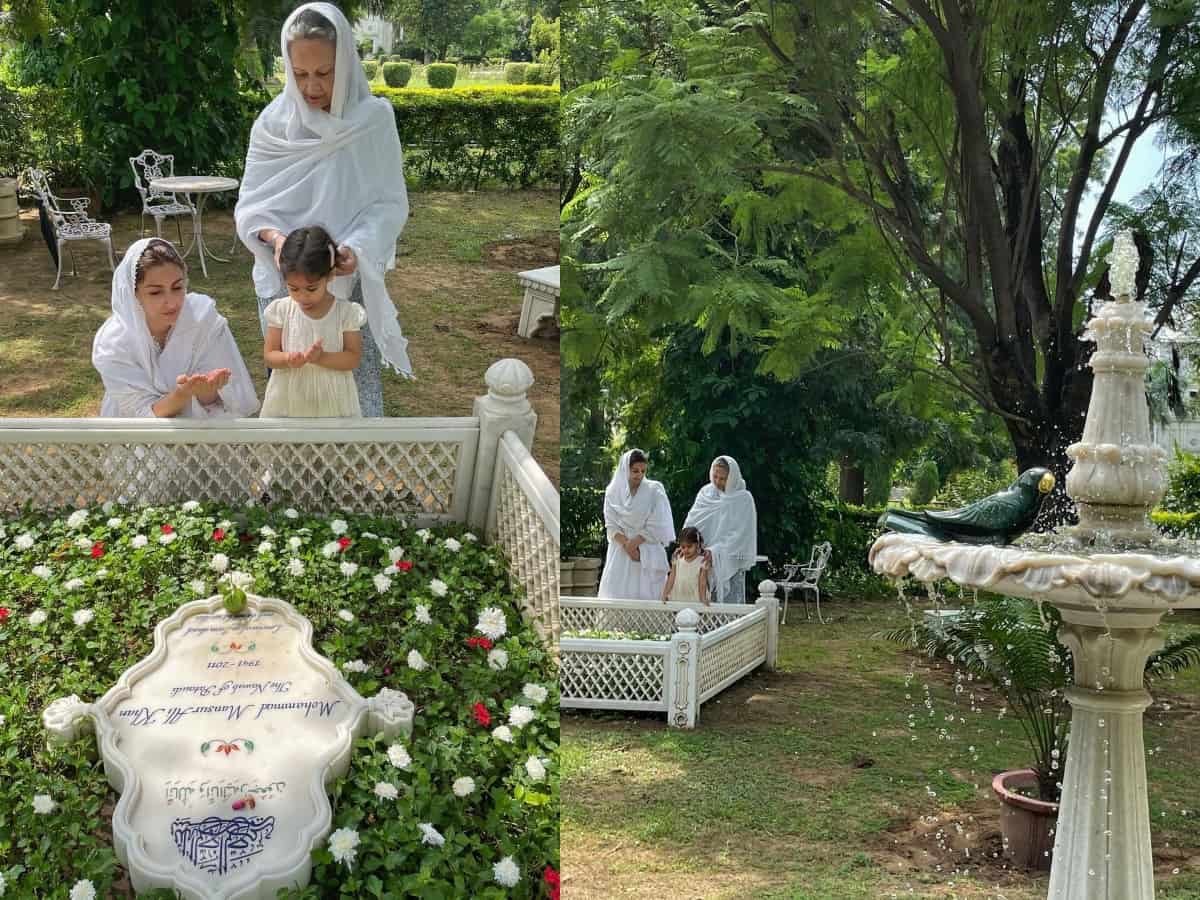 Mumbai: September 22, 2021 marks the tenth death anniversary of late legendary cricketer, Mansoor Ali Khan Pataudi. Several fans and his family members are paying heartfelt tributes to Tiger Pataudi. For the unversed, Mansoor passed away on September 22, 2011 after battling a severe lung infection. He was 70 when he breathed his last.

On his 10th death anniversary, Mansoor Ali Khan’s younger daughter Soha Ali Khan joined mother Sharmila Tagore to offer prayers in Pataudi village. Soha along with her daughter Inaaya Naumi Kemmu prayed and remembered the late Tiger Pataudi. In the pictures, the trio could be seen offering respect near the late legend’s tombstone.

Taking to her Instagram handle, Soha wrote, “You are never dead to us until we forget you #inmemory #10years.” The trio could be seen praying and offering respect near the late legend’s tombstone in the photos.

“Abba…..I miss you every day and know you watch over me . It doesn’t feel like a decade since you left us… only just yesterday. You’ll stay in our hearts forever. Love you always,” she wrote on Instagram.