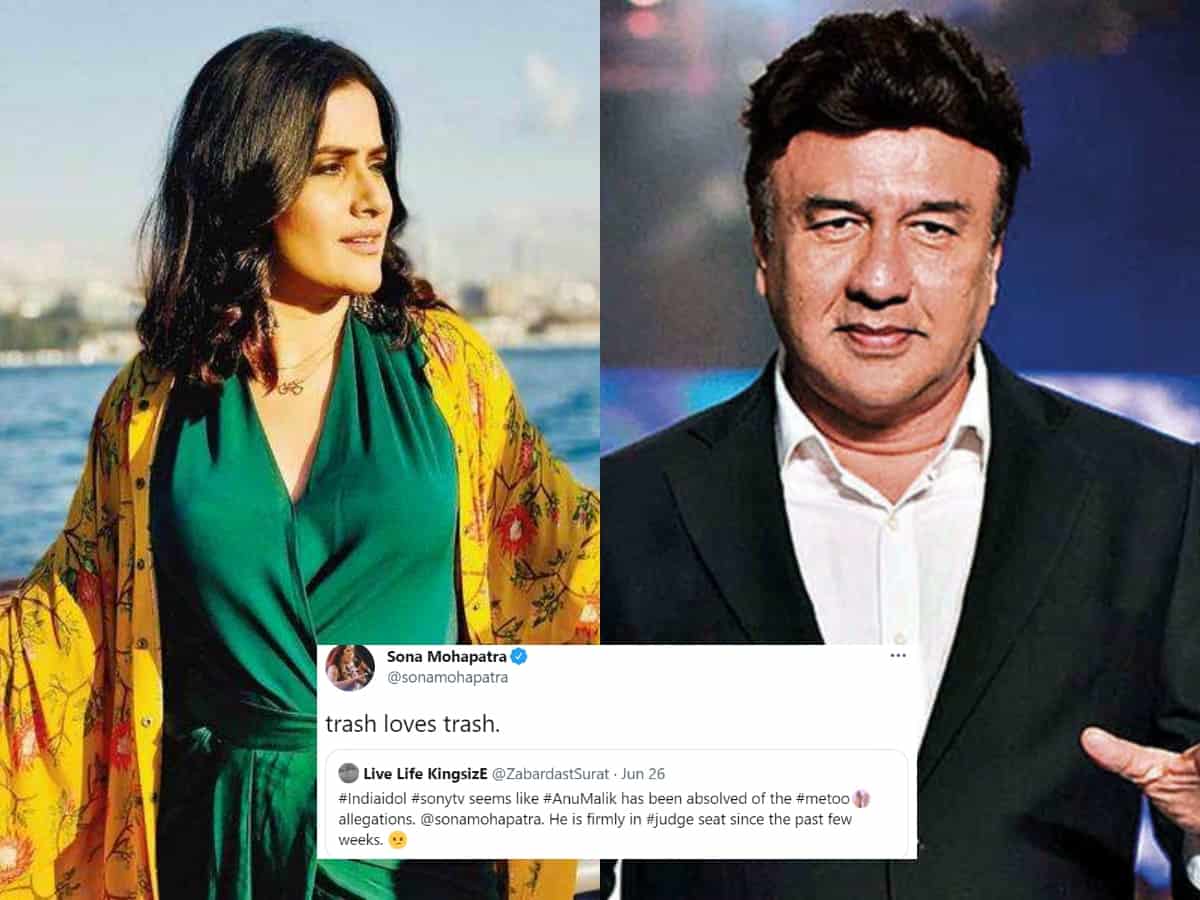 Mumbai: Singer Sona Mohapatra, who is quite vocal on social media on various issues, took to his Twitter and slammed the singing reality show Indian Idol and its judge Anu Malik. This happened, after a user tweeted, “#Indiaidol #sonytv seems like #AnuMalik has been absolved of the #metoo allegations. @sonamohapatra. He is firmly in #judge seat since the past few weeks.”

In a another tweet, Sona Mohapatra wrote how it is India’s shame that Anu Malik is still on the seat. She even tagged Smriti Irani who is the minister of Information and Broadcasting. She tweeted that how women filed cases on him in the National Commission Of Women. Take a look at the tweet:

For the unversed, Anu Malik was removed from Indian Idol after a number of woman including singers Sona Mohapatra, Neha Bhasin and Shweta Pandit accused him of sexual harassment during the #MeToo movement. Now, he is back as a judge on the ongoing season of Indian Idol 12.

Post the allegations, Anu Malik even released an official statement, in which explained he did nothing wrong and even asked for the justice. He said, “It has been over a year that I have been accused of something that I haven’t done. I have been silent all this while as I was waiting for the truth to surface on its own. But I realise that my silence on the matter has been misconstrued as my weakness…Being a father of two daughters, I can’t even imagine committing the acts that I am accused of, let alone do it.”

According to reports, the case against the singer has been close in January last year.