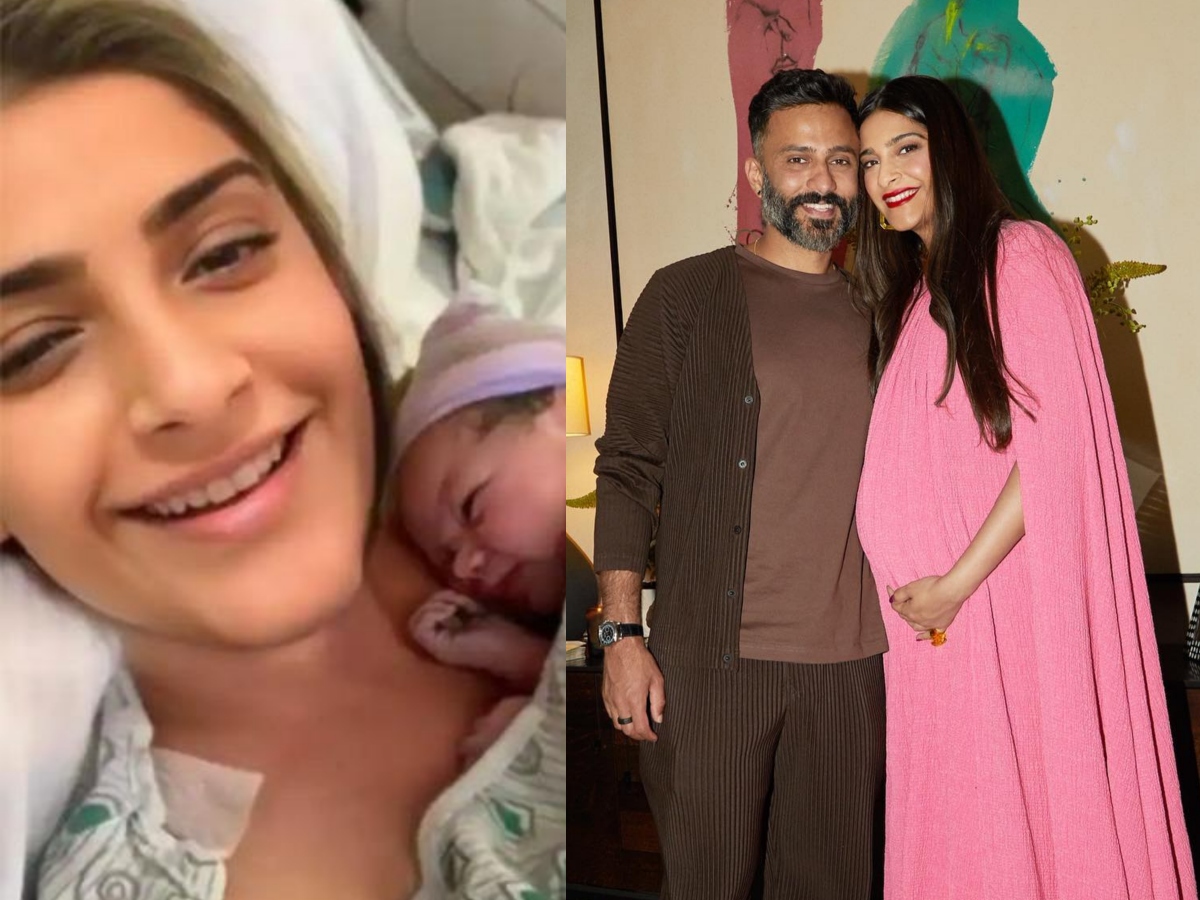 Mumbai: Bollywood actress Sonam Kapoor and her entrepreneur-husband Anand Ahuja are all set to embrace parenthood for the first time. The couple will be welcoming their first child soon and Sonam’s fans just can’t wait to see their favourite diva as a mother. Going by their social media glimpses, it seems like Sonam and Anand are totally soaked in and are enjoying this beautiful phase of their lives. They even enjoyed a lavish babymoon in Italy recently.

Amid this, a photo of Sonam Kapoor holding a newborn in her arms is surfacing on social media. Before jumping on to any conclusion, let us you tell you that it is the picture which is now spreading like a wildfire is a ‘morphed’ one photoshopped by her fans and the actress is yet to deliver. Check out the viral photo here.

For the unversed, Sonam Kapoor and Anand Ahuja announced the pregnancy in March this year. The couple shared a post on their social media to announce this good news and wrote, “Four hands. To raise you the very best we can. Two hearts. That will beat in unison with yours, every step of the way. One family. Who will shower you with love and support. We can’t wait to welcome you. #everydayphenomenal #comingthisfall2022.”

On the professional front, Sonam Kapoor will be next seen in ‘Blind’ which is a remake of the 2011 Korean film of the same name.