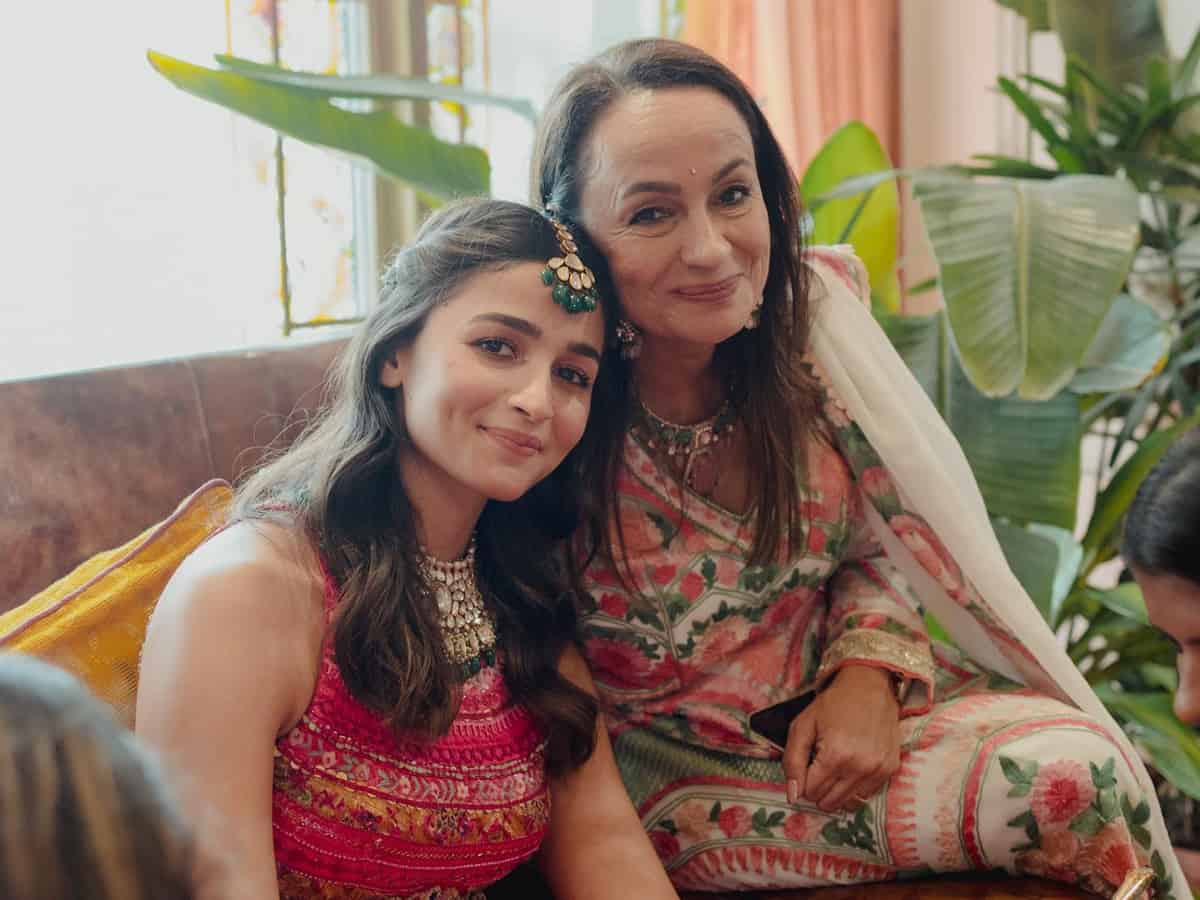 Mumbai: There are no words that can describe the pure and emotional relationship a mother shares with her daughter. A mother experiences one of the most emotional moments in her life when her daughter gets married.

In the movie, Soni gets emotional during Alia’s bidai in ‘Dilbaro’, an emotional bidai song. And Soni’s latest IG post has taken fans back in time, making them nostalgic as they are getting ‘Dilbaro Vibes’ from it.

The veteran star took to her Instagram handle and shared an endearing glimpse of Alia and Ranbir Kapoor’s wedding nuptials.

In the picture, Soni Razdan can be seen teary-eyed, filled with love and happiness looking at Alia and Ranbir. The veteran actor wrote a heart-warming caption for the newlyweds calling them her “heartbeats”.

Reacting to the post, a fan commented, “Reminds me of Dilbaro from raazi”. Another one commented, “Mud ke na Dekho dilbaro.” A fan wrote, “Getting DILBARO VIBES.”

Alia and Ranbir, who tied the knot at the latter’s Bandra residence Vastu on April 14, had fallen in love with each other on the sets of their upcoming film ‘Brahmastra’.

They made their first appearance as a couple at Sonam Kapoor’s wedding reception in 2018.