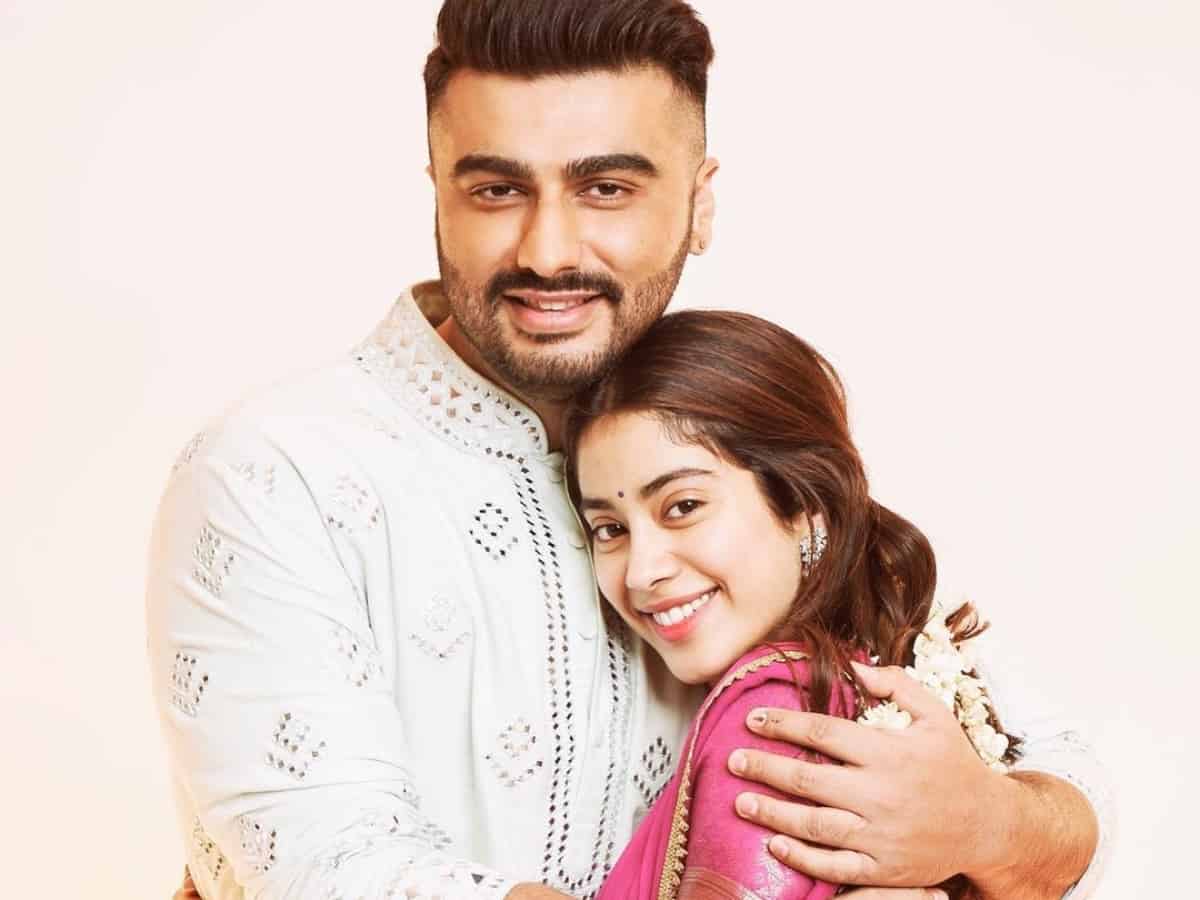 Mumbai: Actor Arjun Kapoor, who has cemented his position in Bollywood, is known for the way he stands with his family. He is known to be a protective brother to his sister Anshula, as well as his two half-sisters, Janhvi Kapoor and Khushi Kapoor.

Arjun and Anshula are the children from Boney Kapoor’s first marriage with Mona Shourie. Boney then married Sridevi and had two children, Janhvi and Khushi. In 2018, barriers between the two families were swept away, after Sridevi’s untimely demise in Dubai. Arjun became a pillar of support to his father and half-sisters.

The Gunday actor got candid about Janvhi and said that it feels ‘strange’ and ‘new’ for him when Janhvi Kapoor addresses him as ‘Arjun bhaiyya’.

During a Clubhouse session with The Bollywood Film Club when the moderator Aniruddha Guha narrated the actor about a subtitling incident.

The moderator told him when the episode of Koffee With Karan was being subtitled, Arjun Bhaiya was translated to Brother Arjun. Responding to this he said, “It sounds a bit religious also, Brother Arjun. The thing is, ‘Arjun bhaiyya’ still sounds very strange to me, only because Anshula calls me ‘bhai’ in a very strange way. ‘Arjun bhaiyya’ is a very new thing. So, when Janhvi says that, it still feels very, very new to me, actually.”

Arjun Kapoor also shares that he did not ask Janhvi to address him in a specific way, he says, “I think it just comes very naturally to Janhvi to call me ‘Arjun bhaiyya’ because I have never even told her, ‘You should call me this’ or call me that.”

Meanwhile, on the professional front, Arjun Kapoor was last seen in Sandeep Aur Pinky Faraar, while Janhvi has Dostana 2 and Good Luck Jerry in the pipeline.