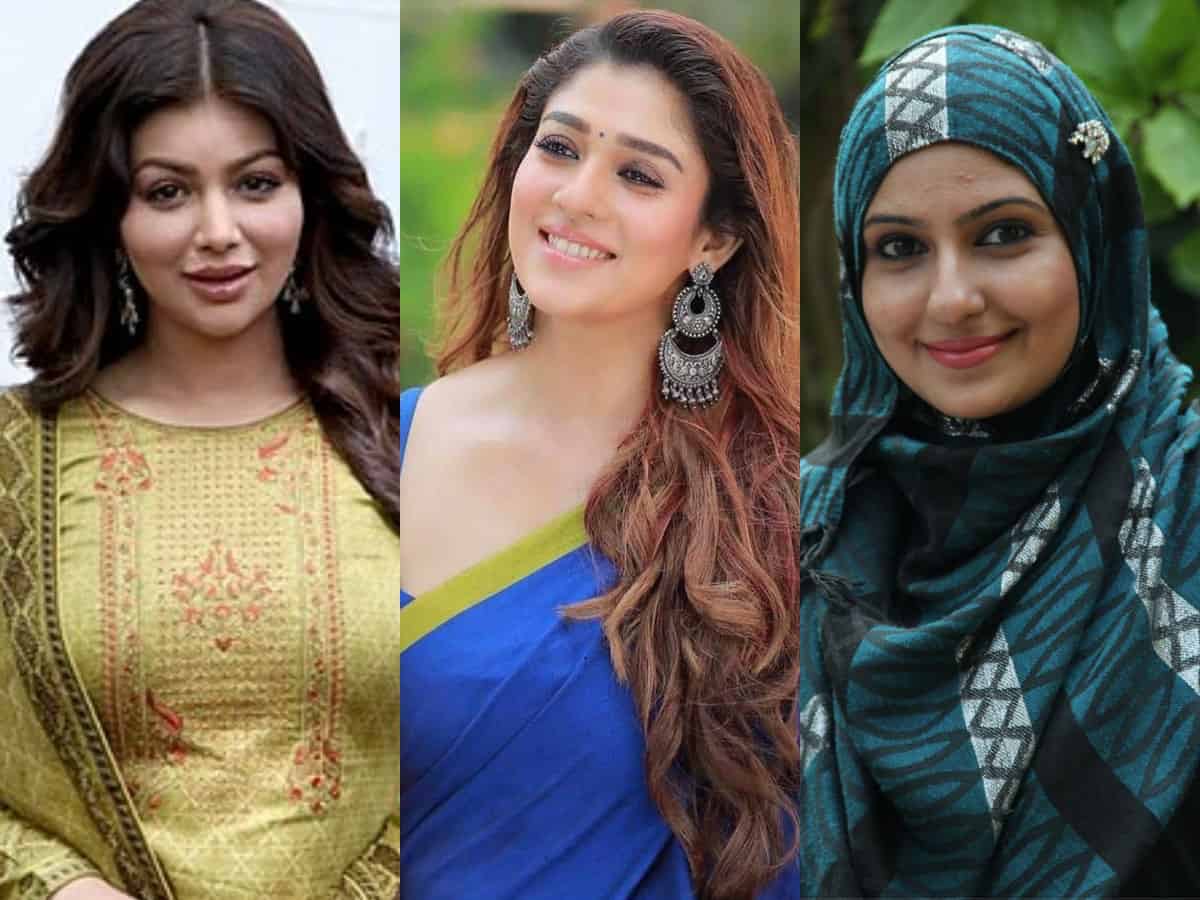 Hyderabad: Just like Bollywood, the South-Indian film industry has also witnessed several celebrities believing and practicing different religions. While some celebrities follow their religion wholeheartedly, there are a few celebrities who have changed their faith due to various reasons.

So, in this write-up, we have compiled a list of six actresses who have accepted a religion that is different from their religion of birth.

Kollywood superstar Nayanthara was born in a Malayali Syrian Christian family. However, in 2011, she converted to Hinduism at Arya Samaj Temple in Chennai. Her actual name is Diana Mariam Kurian.

Veteran Kollywood actress Khushbu was born as Nakhat Khan to a Muslim family in Mumbai. After her stage name Khushbu, which was kept by her parents, she converted to Hinduism to marry Sundar C. Since then the actress reportedly changed her name to Khushbu Sundar.

Monica, who is known for her films like Azhagi, Imsai Arasan 23m Pulikesi and Silandhi, was born to Hindu and Christian parents. She embraced Islam and changed her name to M. G. Raheema. She disclosed to the media about how she likes the rules of Islam and decided to convert.

Jyothika who started her acting debut with Rayil Payanangalil, was born to a Punjabi father and Muslim mother. While the actress has mixed faith in all religions, she got married to actor Suriya in Hindu traditions. However, there is no information on her conversion.

Nagma, a popular actress and politician, who began her career opposite Bollywood superstar Salman Khan, was born Nandita Arvind Morarji. In 2007, the actress converted to Christianity.

Ayesha Takia, a prominent Bollywood, and Tollywood star was born to interfaith parents. Her father is a Gujarati Hindu while her mother is a Kashmiri Muslim. However, the actress upon marrying a Muslim restaurateur Farhan Azmi converted to fully Islam.