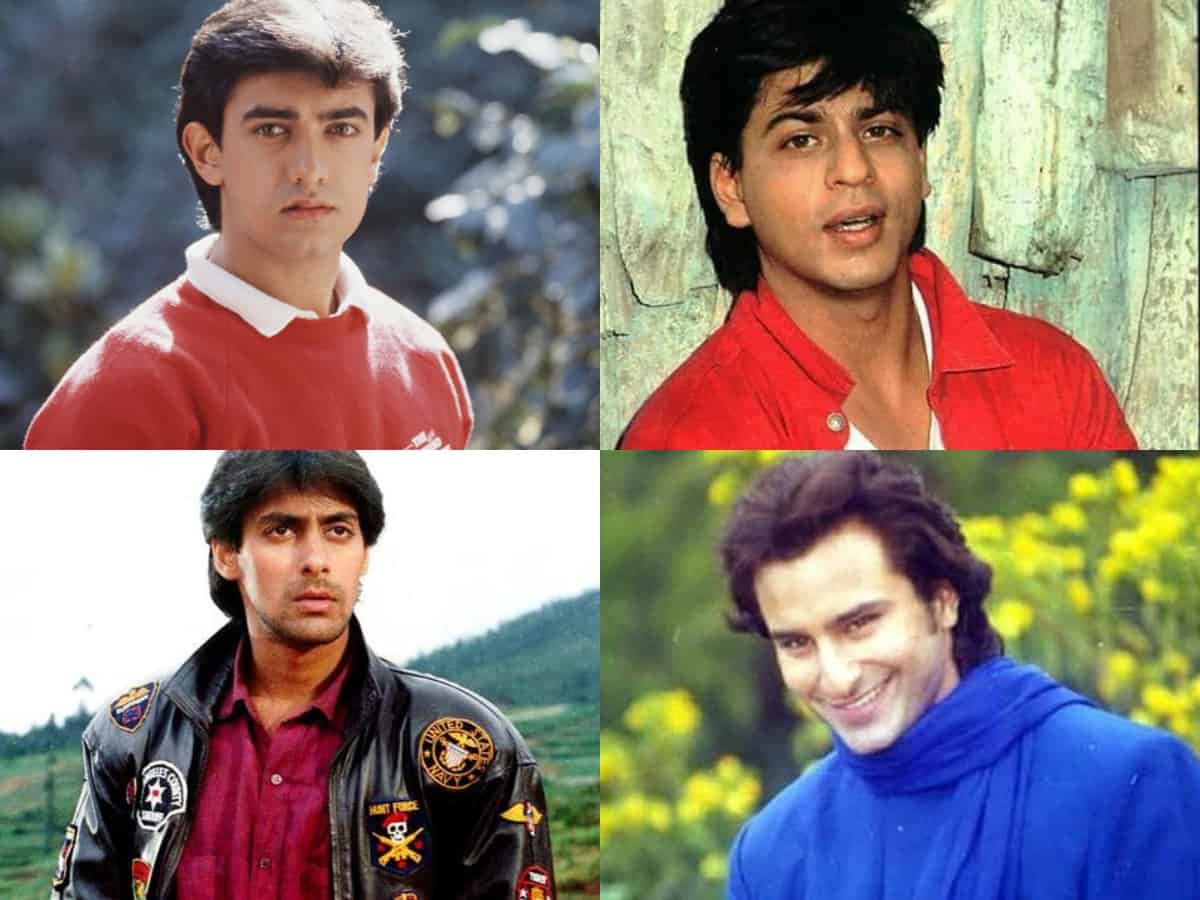 Mumbai: The Hindi film industry or Bollywood has many shining stars who have been enjoying the fruit of their hard work since last several decades have a massive fan following across the globe. Though they are a lot of leading male stars in the industry, the Khans of Bollywood–Shah Rukh, Salman, Aamir, and Saif hold a loyal fan base.

Ardent fans of Shah Rukh Khan, Salman Khan, Saif Ali Khan and Aamir Khan are always excited to see their favourite Khan on big screen. The enthusiasm for upcoming movies of Khans is some other level.

While they go on to make popular films for which they are remembered throughout and after their career ends in the industry, their debut films as an actor always remains special.

Khans of Bollywood and their debut movies

And so, we thought it will be interesting to go back to the debut days of Khans of Bollywood. Below are the movies that Salman Khan, Shah Rukh Khan, Aamir Khan and Saif Ali Khan debuted with!

When we say Bollywood, the first name that pops in our head is King Khan a.k.a Shah Rukh Khan. He made his debut with Deewana back then in 1992. He was starred alongside Divya Bharti as the second male lead alongside Rishi Kapoor.

Bhaijaan of Bollywood, Salman Khan made his debut in Bollywood in 1989 with the film Biwi Ho Toh Aisi starring Rekha and Farooq Sheikh. He was seen playing the supporting role. However, he got recognition after Sooraj Barjatya’s Maine Pyar Kiya, which released in the same year.

The Pataudi Nawab, Saif Ali Khan made his debut in Yash Chopra’s film Parampara which was released in 1993. However, if things had went right, Saif would have made his debut with 1992 film Bekhudi alongside Kajol.

Aamir Khan made a debut as a lead in Qayamat Se Qayamat Tak of 1988 directed by Mansoor Khan. It was a blockbuster hit and helped Aamir to establish his image as the ‘boy next door.’ He first appeared on screen as a child actor in his uncle Nasir Hussain’s film Yaadon Ki Baaraat (1973).

Which Khan had the best debut? Let us know in the comment section!