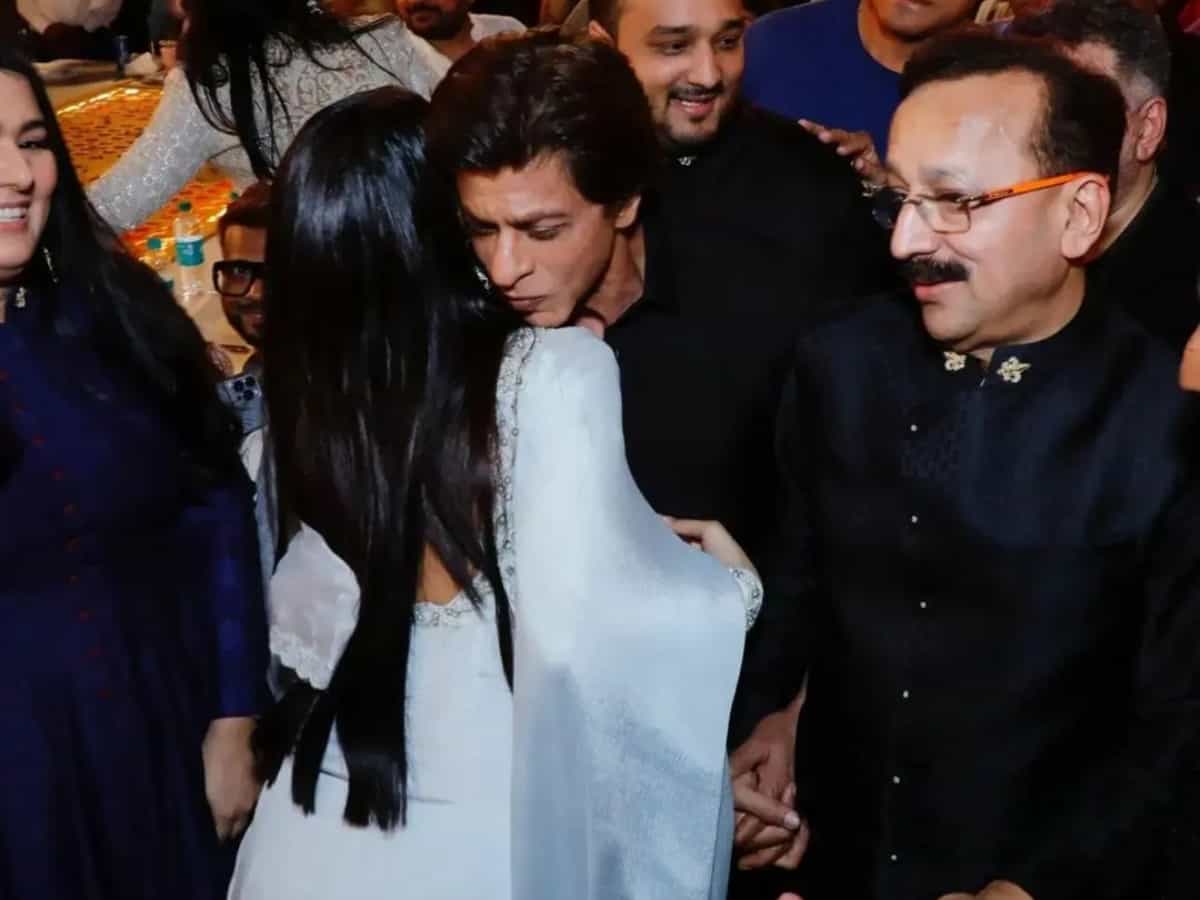 In the videos from the bash which surfaced online, Shehnaaz could be seen smiling with joy on her face, as she have Shah Rukh a warm hug.

For the occasion, the ‘Bigg Boss’ alum had donned a sequined pastel grey salwar suit paired with a matching dupatta, which appeared to be in silk texture. She accessorised her outfit with heavy jhumkis of the same colour. Meanwhile, SRK opted to keep it simple by sporting a black pathani suit.

Baba Siddiqui’s annual Iftaar party is one of the most talked-about events in Bollywood. The party also holds a special space in SRK-Salman fans as this is where the two superstars buried their old rivalry by hugging each other in 2014.