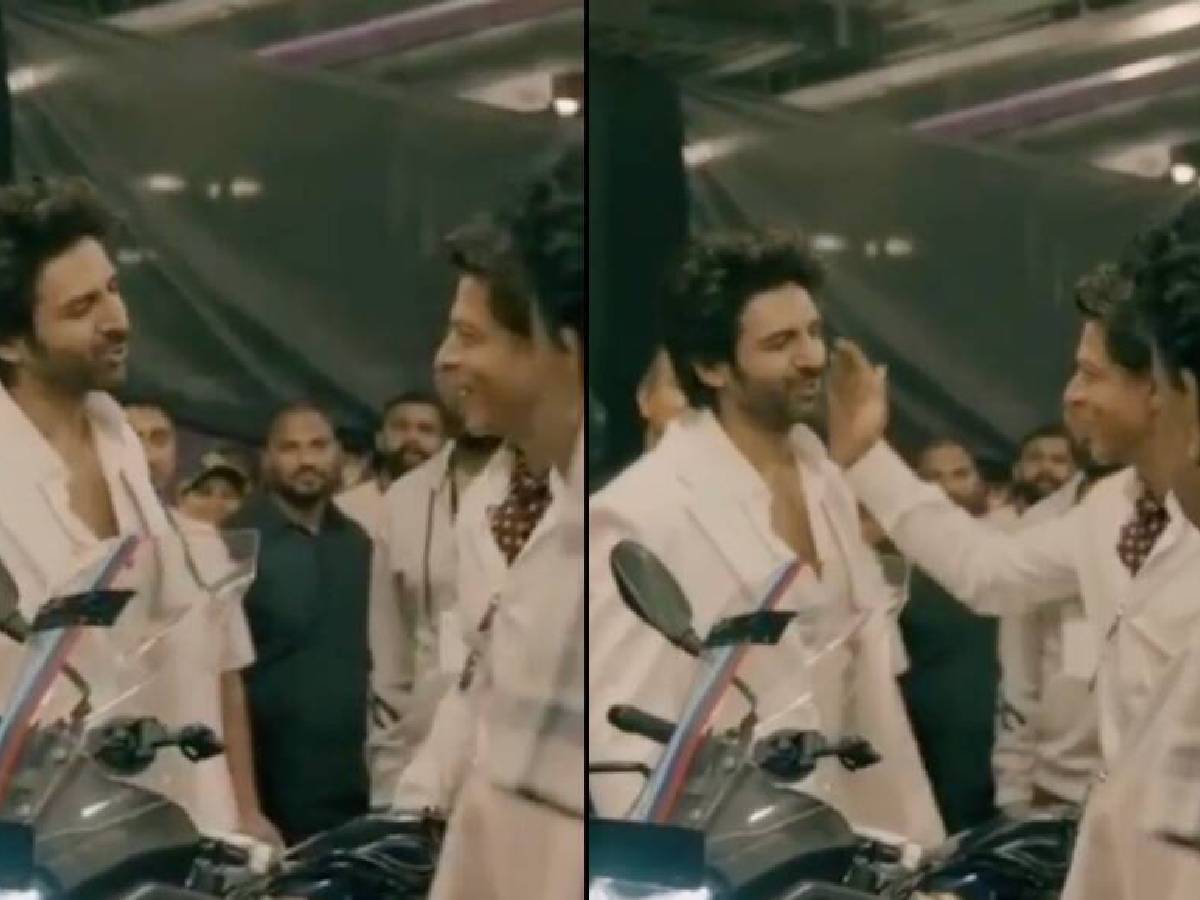 Mumbai: Fans of Bollywood stars Shah Rukh Khan and Kartik Aaryan went berserk as the two recently hugged and interacted with each other at an event.

In a video posted by paparazzo account Viral Bhayani on Instagram, the two actors can be seen dressed in all white, standing next to a bike. They leaned forward to hug each other after which Shah Rukh Khan affectionately patted Kartik’s cheeks the former smiled.

Ever since, the fan armies of both the actors have erupted on the Internet praising the two. One wrote, “The mentor, the inspiration to many stars. The way he greets Kartik is simply awwwdorable.” Another fan called them ‘self-made stars and legends.’ One commented, “Awww look at the way he touches Kartik’s cheek is filled with so much warmth and humbleness. He is a true rockstar.”

Earlier, a few media reports had suggested that Kartik had moved out of Shah Rukh Khan and Gauri Khan owned Red Chillies Productions film titled ‘Freddy’, which was supposed to be directed by Ajay Bahl.

Following such reports, the fans of both the actors were divided. But, the recent occasion brought the two groups together with many of them addressing the stars as the ‘King and Prince of Bollywood’.