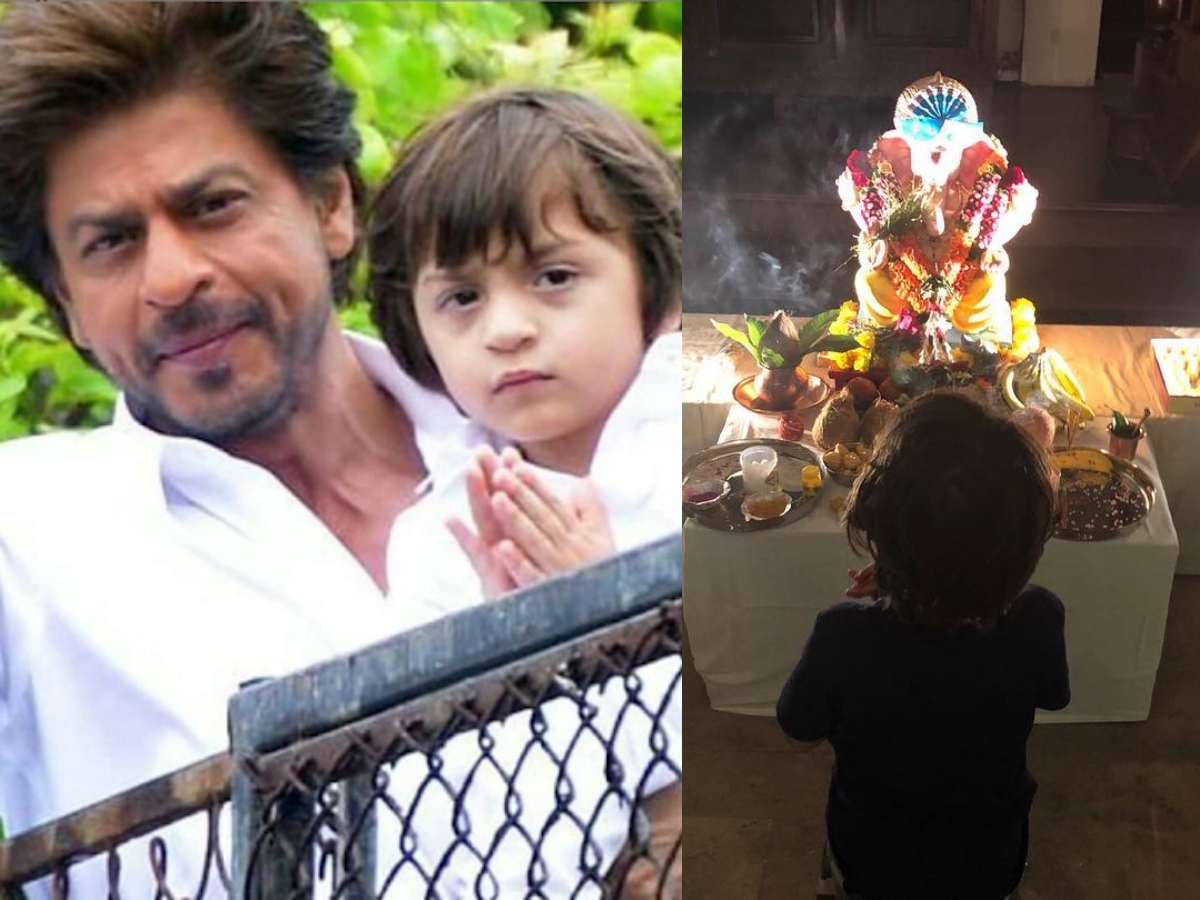 Mumbai: We see many Indian stars celebrating all the festivals with great zeal irrespective of their religion, setting a great example of secularism. Likewise, Badshah of Bollywood Shah Rukh Khan is also known for enjoying a secular household. He has always been vocal about secularism.

SRK is a muslim by birth, but he believes in worshipping and respecting all other religions. In a 2005 documentary — The Inner and Outer World of Shah Rukh Khan, Khan revealed that his kids are open to all religions and that they recite Gayatri mantra and offer Namaz with equal faith and enthusiasm.

Taking the same feeling forward, has been celebrating Ganesh Chaturthi with family since the last few years. However, a section of the society is not quite pleased with SRK preaching to his children to worship a Hindu God despite being a Muslim.

In 2018, SRK had posted a picture of his youngest son AbRam praying to lord Ganesha on Instagram. He had captioned it saying, “Our Ganpati ‘Pappa’ is home, as the lil one calls him”.

While some appreciated SRK’s secularism; a sections of netizens turned hateful with several questioning Khan’s religion. Many called him out for celebrating Ganesh Chaturthi by calling it a “sinful act.” Some also urged people to “unfollow him” saying, “Shame on you.” “This is wrong, you’re a Muslim, why celebrate Ganpati Day?” wrote one user.

However, the hate comments did not stop him to celebrate the festival. He continued to follow the tradition of celebrating Ganesh Chaturthi at home, even the next year and the year after that.

Last year too, SRK had shared a black and white selfie of himself with a red teeka and had captioned it saying, “Prayers and visarjan done… This #GaneshChaturthi, may Lord Ganesha bestow upon you and your loved ones, blessings and happiness… Ganpati Bappa Morya!”

Meanwhile, on the work front, SRK was last seen in 2018 film Zero, co-starring Anushka Sharma and Katrina Kaif. He will next be seen in his much-awaited film Pathan, alongside Deepika Padukone. He has also co-produced Alia Bhatt’s Darlings, which marks her debut as a film producer.