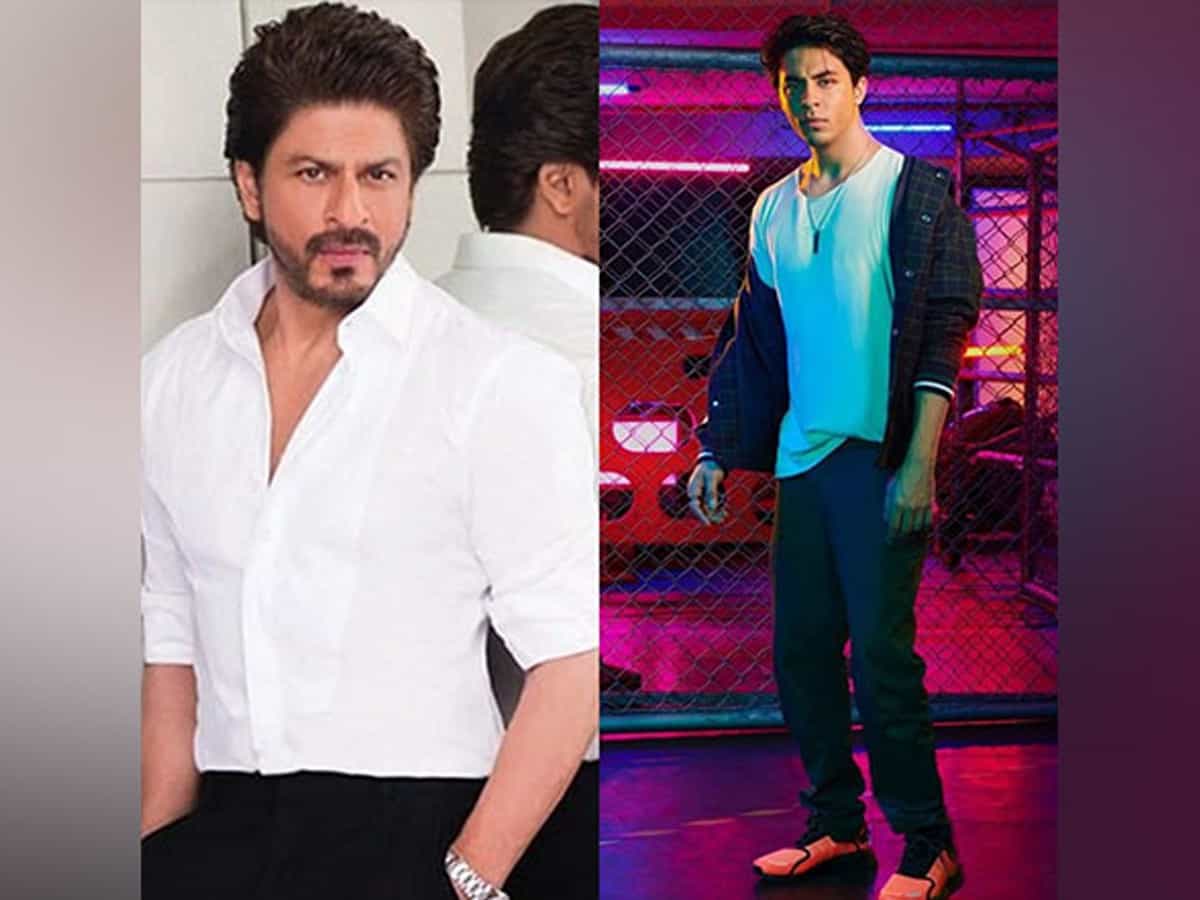 Mumbai: Bollywood superstar Shah Rukh Khan has shared a throwback picture of him from ‘Main Hoon Na’, comparing his pose with that of his son Aryan Khan from the latter’s new ad shoot.

Aryan recently did a photo shoot for a popular show brand, a picture from which was shared by his mother Gauri Khan on her Twitter handle.

Along with it, she wrote, “Onwards and upwards… my boy.” In the picture, Aryan was seen jumping over a table dressed in a cool athleisure look. 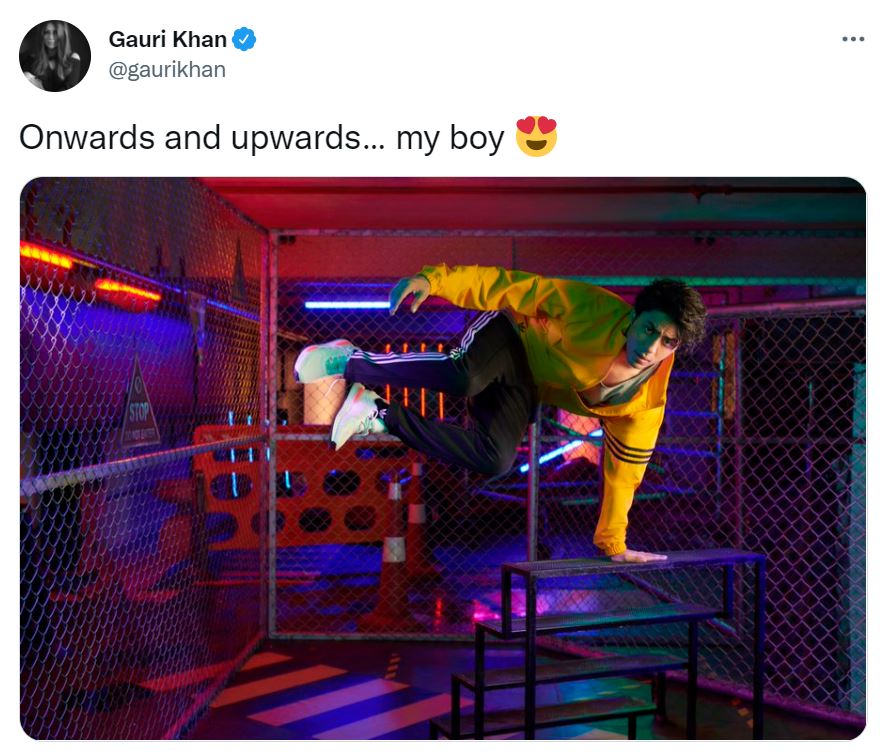 Quoting his wife’s tweet, Shah Rukh shared his picture from an action sequence from ‘Main Hoon Na’, in which he was jumping over a barrier in a similar manner. He compared himself to Aryan by writing, “Mujh par gaya hai….my boy!” 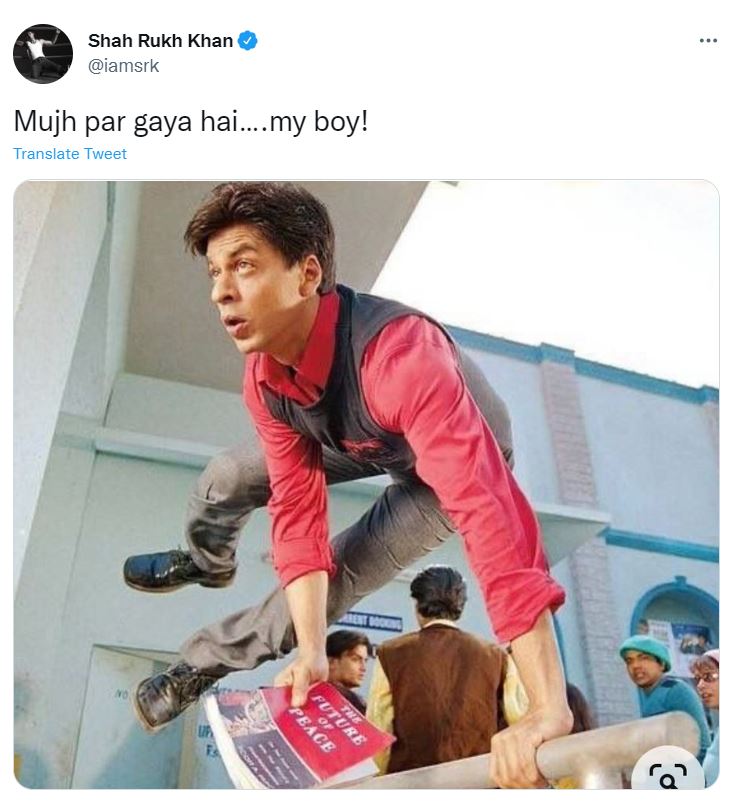 Earlier, Aryan had shared his pictures from the ad shoot on his Instagram handle. There too, his father had showered love on his son by commenting, “Looking really good!!…and as they say, that whatever is silent in the father….speaks in the son. By the way is that grey t-shirt mine!!!”

Among others who commented on Aryan’s post was Suhana Khan, who shared star-eyed emojis admiring her brother. Filmmaker Karan Johar wrote, “Woah!,” along with heart emojis and Gauri praised her son by writing “My Boy…. love love love.”

Aryan, who does not post very often on his Instagram handle, has recently become a little more active on the platform. Last month, he shared pictures with his siblings Suhana and AbRam Khan.

The NCB had filed a 6,000-page chargesheet against 14 accused in the cruise drug bust case on May 27, which excludes the name of five others including Aryan, who were earlier arrested in the case.