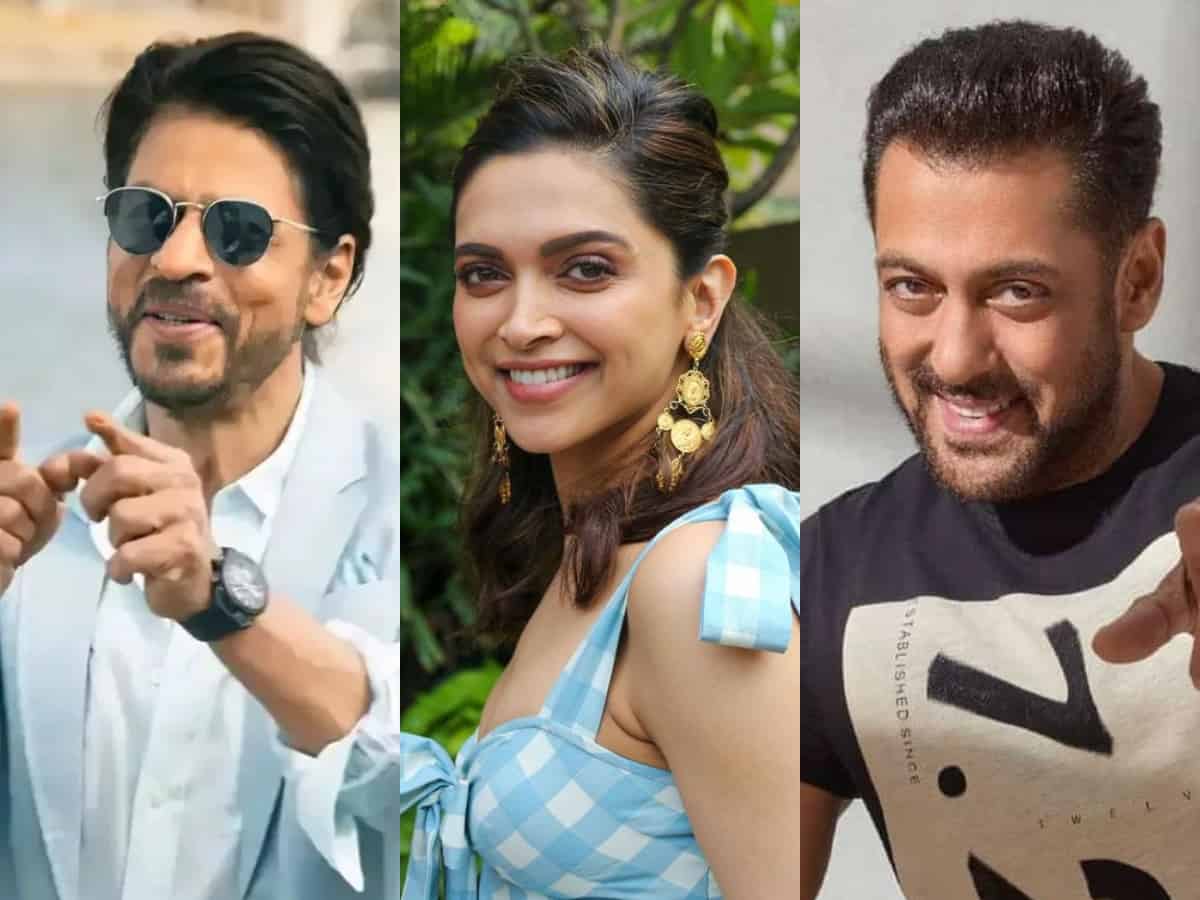 Hyderabad: Considering the craze around Tollywood, which is at an all-time high, several Bollywood stars have started dipping their toes into the regional industry which has brought them into Hyderabad, a bustling hub for south Indian cinema.

From Deepika Padukone to Amitabh Bachchan, an array of Bollywood celebrities are currently present in the City of Nizams to shoot for their upcoming pan-India films. It is surely going to be a treat for Hyderabadi fans as they will get to see some beautiful shots from the city.

In this write-up, we have compiled a list of Bollywood celebrities who are currently shooting in Hyderabad right now. Scroll ahead to have a look.

Superstar Salman Khan, who is gearing up for his upcoming film ‘Kabhi Eid Kabhi Diwali’ (now titled ‘Bhaijaan’), came to Hyderabad on June 6 on a 25-day schedule to shoot the second portion of the film.

He was recently spotted having a meal at an unnamed hotel in Hyderabad.

Deepika Padukone is in Hyderabad to mark her Tollywood debut with Nag Ashwin’s directorial ‘Project K’. On June 14, the actress was also hospitalized in Kamineni Hospital after she complained of palpitations. The actress is reportedly shooting in Ramoji Film City with Prabhas.

Shah Rukh Khan descended in Hyderabad today for the shoot of his upcoming pan-India film ‘Jawan’. Directed by Atlee, the film will star Shah Rukh Khan and Nayanthara in lead roles. Reportedly Shah Rukh Khan is heading to Ramoji Film City tomorrow where he will be joined by Nayanthara. The superstar and Atlee were spotted at the Rajiv Gandhi International Airport (RGIA) today afternoon.

Amitabh Bachchan who will star alongside Deepika Padukone and Prabhas in the upcoming film ‘Project K’ is also currently in Hyderabad shooting for the film. Reportedly, he is shooting in Ramoji Film City. Earlier Prabhas had taken to Instagram to share the muhurat shot of ‘Project K’ where he called Big B as the guru of Indian cinema.

Bigg Boss 13 fame Shehnaaz Gill, who is all set to make her Bollywood debut, was also spotted in the city for the shoot for ‘Bhaijaan’.