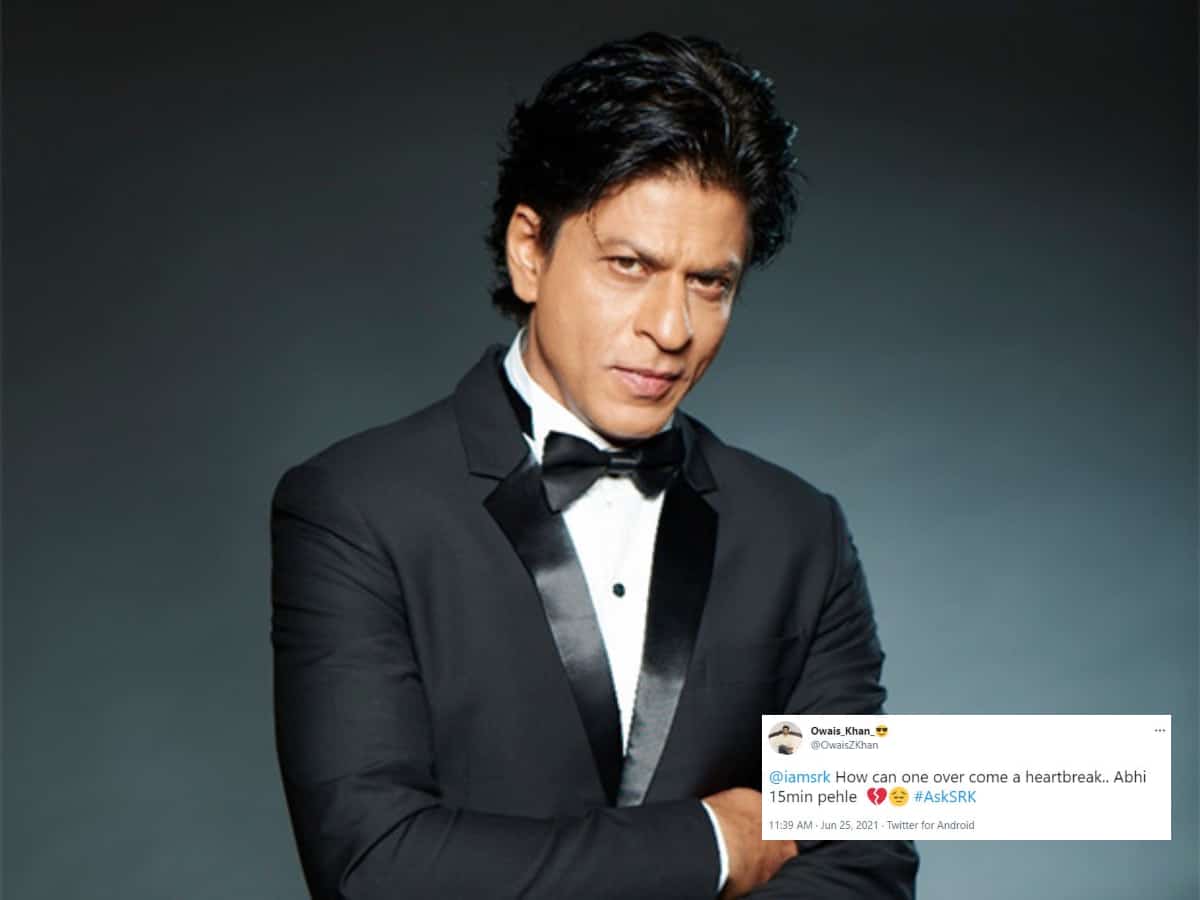 Mumbai: Bollywood Badshah Shah Rukh Khan loves interacting with his enthusiastic fans on social media. He often hosts ‘Ask Me Anything’ session on Twitter where he responds to the questions in the most witty fashion. Both his die-hard fans as well as Twitter trolls keep asking him various questions about his both his professional and personal life.

June 25 marks 29 years of Shah Rukh Khan in the Hindi film industry, the actor treated his fans with words of wisdom. Taking to Twitter, the king of romance conducted an ‘Ask SRK’ interactive session with his fans, wherein he answered several questions with his trademark wit, intelligence and humour.

SRK on how to deal with heartbreak

One of the social media users asked SRK how to overcome heartbreak. The 55-year-old superstar shared a piece of advice on it. He wrote, “You can never overcome it….keep it as a memory and learn from the sadness..it will make you stronger.”

Another user asked asked if he is ready to announce the release schedule of his films, Shah Rukh said, “Loudspeakers make announcement….I will gently allow my films to enter your hearts….soon.” He also advised prudence during the pandemic when it comes to release announcements. “Right now with the situation I think it’s prudent to make film release schedules with a bit of patience,” he wrote.

Fans ask SRK to do a dance number

As another person asked whether he is up for a dance number if not a film right now, he said, “Nahi yaar ab toh bahut saari movies hi aayengi (No, I will do a lot of movies now).”

About his upcoming projects

Shah Rukh Khan is gearing up make a grand comeback on big screen with Pathan opposite Deepika Padukone and John Abraham. He also has Atlee’s upcoming big project in kitty. He was last seen in 2018’s Zero alongside Anushka Sharma and Katrina Kaif.