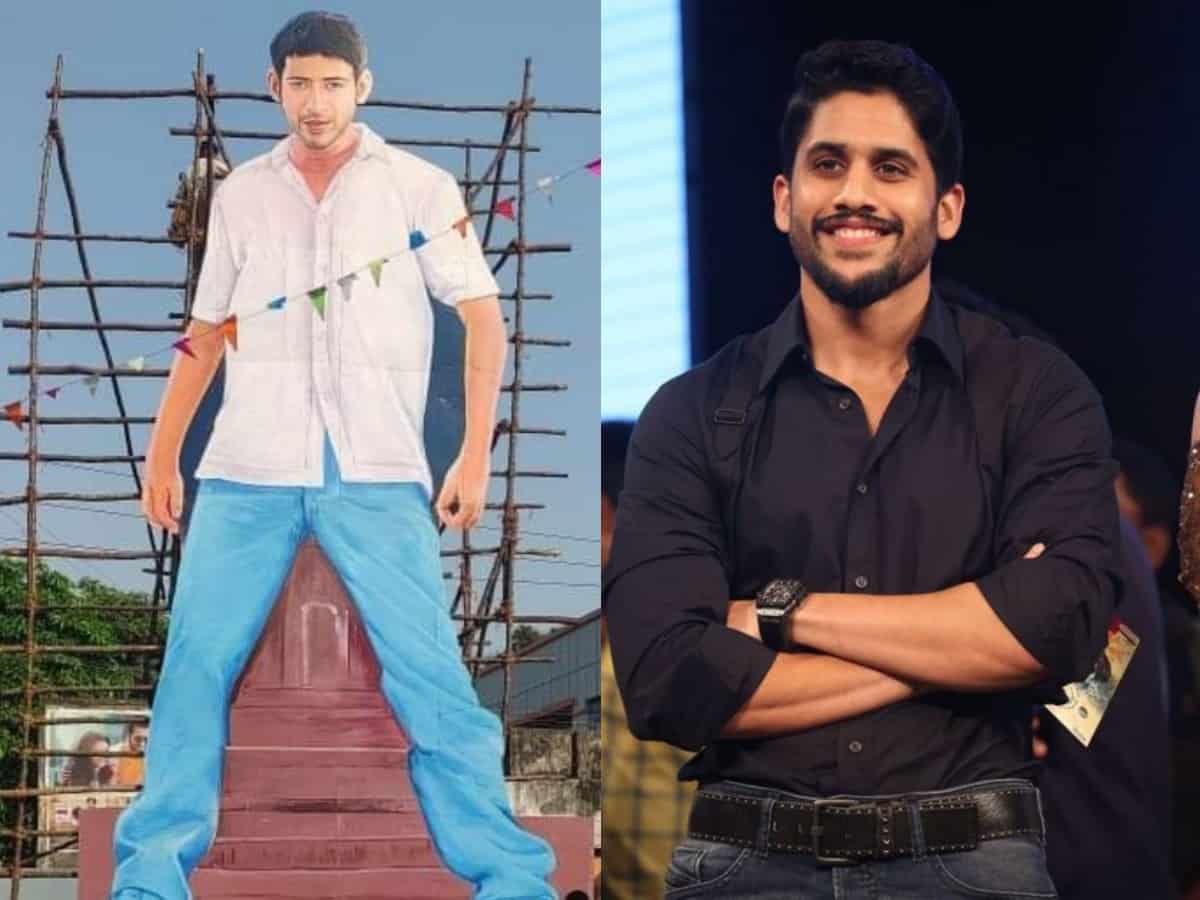 In November last year, a glimpse of Naga Chaitanya from the film sets was released in which the actor was seen holding a hockey stick. After the viral pic, it was confirmed that he will play a role of hockey player in Thank You. Now, a video from the sets is doing rounds on internet where, Chaitanya can be seen unveiling a huge cut-out poster of Mahesh Babu which hints at that he might play an enthusiastic fan of the superstar.

Bankrolled by Dil Raju, Thank You will will mark the second collaboration between Chaitanya and Vikram Kumar after Manam, which also starred Nagarjuna and late Nageswara Rao in key roles.

The makers are yet to announce the female lead, while Rakul Preet Singh, as per reports, will most likely pair up with Naga Chaitanya in Thank You. The film has cinematography by PC Sriram, music by S Thaman, B V S Ravi is providing the story and Naveen Nooli is in charge of the edit.

Meanwhile, Naga Chaitanya is currently prepping up for the release of his upcoming Sekhar Kammula’s Love Story which will feature Sai Pallavi in the female lead. The project marks the first collaboration of Naga Chaitanya and Sai Pallavi.