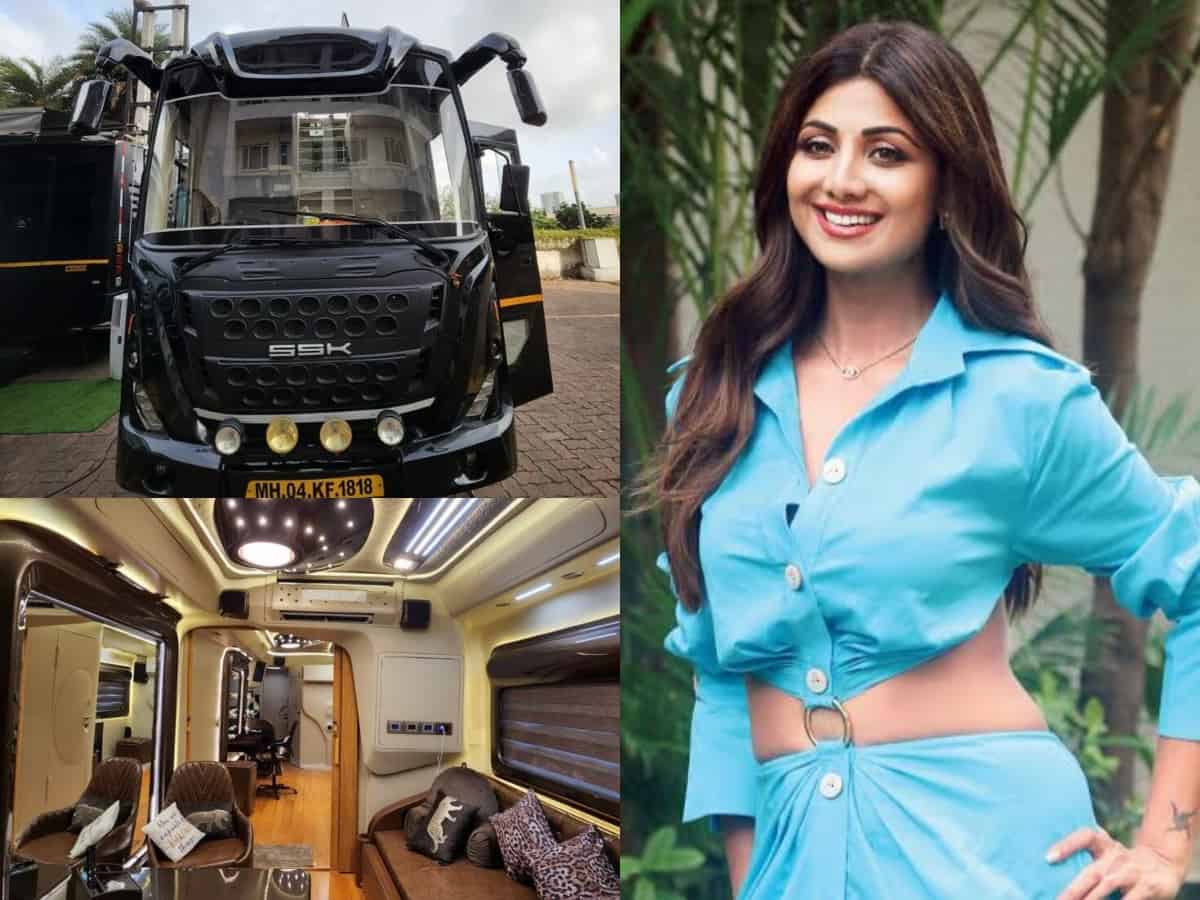 Mumbai: Doing back to back films with packed schedules and spending long periods of time filming in different places, actors of course miss their homes. Thanks to the vanity vans which they make as moving homes and call them their ‘second home’ which helps them to unwind between shots. Custom-made interiors, both cozy and luxurious, lights all over the ceiling and walls, colorful cushions and all the lavish makeovers these caravans get, also reflect their likes.

In past we’ve seen and spoke about numerous beautiful and highly customised vanity vehicles of celebrities. Actress Shilpa Shetty’s lavish van is the latest one which is making headlines and fans are just going gaga over the interiors.

On her 47th birthday which she celebrated on June 8, the Dhadkan actress has gifted herself a totally customised vanity van. From kitchen to hair wash station, it is actually a ‘mini-home’. The ‘Yoga Deck’ on the top of it is something which caught our attention. And it actually comes as no surprise as we all know that Shilpa is a fitness freak.

We discovered photographs of her new van while scrolling through the Instant Bollywood Instagram page Have a look.

Shilpa made her Bollywood debut in the 1993 thriller Baazigar, which also starred Kajol and Shah Rukh Khan. Her best-known roles include Main Khiladi Tu Anari, Dhadkan, Life A.. Metro, and a few others.

Nikamma actress was surprised by her co-stars Abhimanyu Dassani and Shirley at her residence on her birthday. The co-stars along with a group of fans danced in front of her home. Sharing a video on Instagram, Shilpa Shetty captions, “WHAT A FABBBBB DAY!Thank you SOOOOO MUCHHHH… @abhimanyud @shirleysetia @sabbir24x7 @sonypicsfilmsin @sonypicturesin for this killer surprise and for making my birthday even more specialDil Nikamma ho gaya!♥️ Thank you; my darling #InstaFam & all my dear dear #FamClubs; for sending in your wishes, messages, love, prayers, & blessings. Overwhelmed, humbled, and blessed With Gratitude, Shilpa Shetty Kundra @sabbirkhanfilms @zeemusiccompany @sonymusicindia”.

On the professional front, Shilpa Shetty was last seen in Hungama 2, and also judged the Tv reality show Super Dancer Chapter4. The actress will be seen in her upcoming film Nikamma and Rohit Shetty’s Indian Police Force.