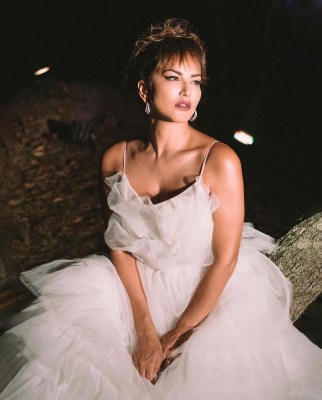 By Durga Chakravarty
New Delhi, March 3 : Being in the public eye is a part and parcel of a celebritys life. Sunny Leone feels no different but says that when it comes to her children — Nisha, Noah and Asher — the information or pictures she releases is by choice and that she and her husband try to keep their lives of their toddlers as private as possible.

“I believe what is out there is what I want to put out there. I think that we forget as people who consume digital content or on different social platforms, you are releasing information because you wanted to,” Sunny told IANS.

“The information or pictures we release of our children is by choice. We try to keep their lives as private as possible and when we are out and about, it is something that we have to explain and they have to get used to. That’s just the way their life is,” she said.

Sunny said that she asks her children if they are comfortable with the lights and the media glare.

Sunny, who is currently shooting for the MTV show “Splittsvilla” in Kerala, said that her twins Noah and Asher are too young to be asked.

“When we are normal and out and about a lot we will have to ask them. Right now they are just so small you should just respect their feelings and the content that is released by us it is all by choice,” she said.

(Durga Chakravarty can be contacted at [email protected])