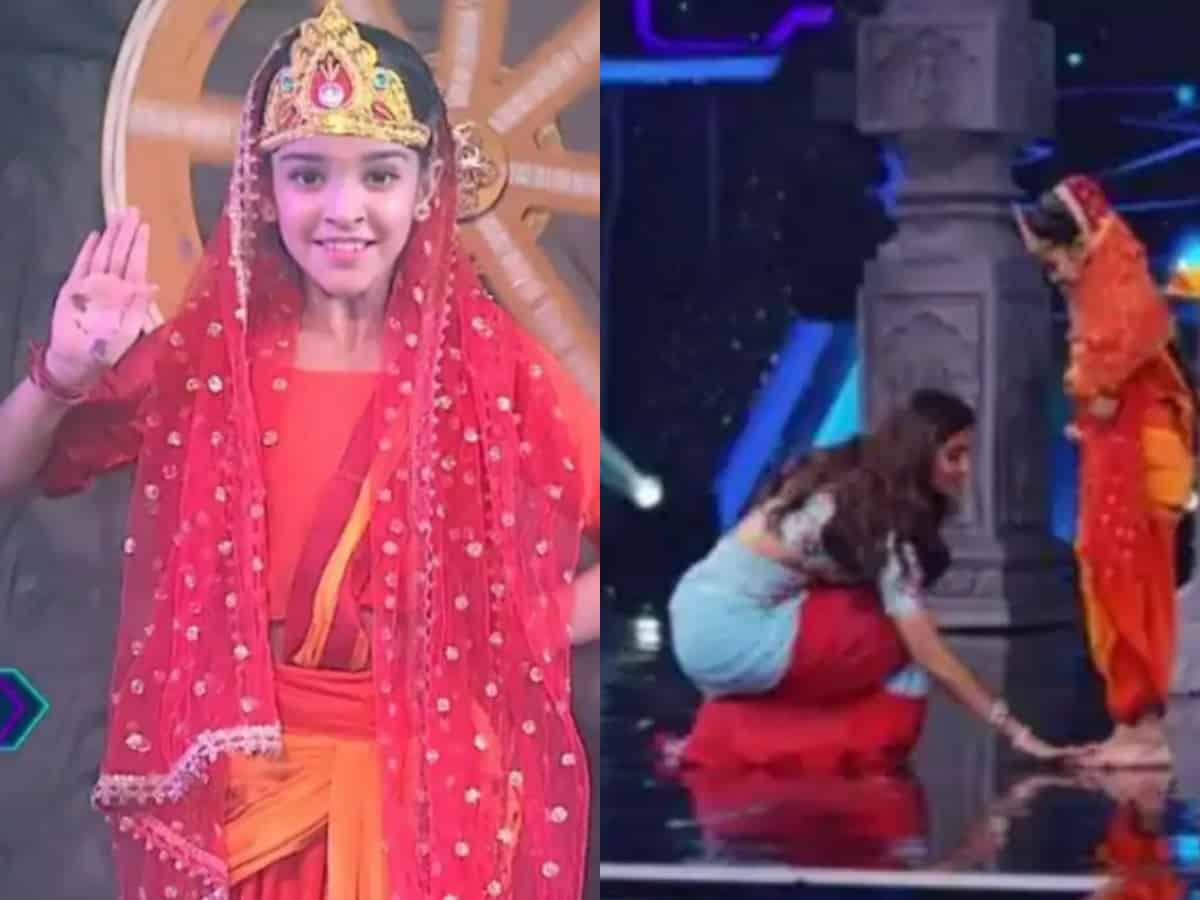 Mumbai: After three weeks of break, actress Shilpa Shetty is back as a judge on the popular dance reality show Super Dancer 4. In the upcoming episode this weekend, the Hungama 2 actor will be seen performing a ‘kanjak pooja’ for contestant Arshiya after her dance act on Vaishno Devi.

It is known to all that Shilpa Shetty is an ardent worshipper of Goddess Durga and thus impressed by Arshiya’s beautiful performance she performed this ritual. She can be even seen touching Arshiya’s feet after pooja.

Arshiya’s dance performance made everyone emotional including the judges.

After watching her performance, Shilpa says, “I am very spiritual and a devoted Devi Bhakt. I have had the opportunity to visit the Vaishno Devi temple once and the experience was very inspiring. After seeing this act today, I want to perform a ‘Kanjak pooja’ for Arshiya.”

Geeta Kapur and Anurag Basu also praised the act. They called it a beautiful performance and that it deserves all the praise. “I was so lost in the story, it was amazing,” said Anurag.

Super Dancer – Chapter 4 airs on Sony Entertainment Television on every Saturday and Sunday.