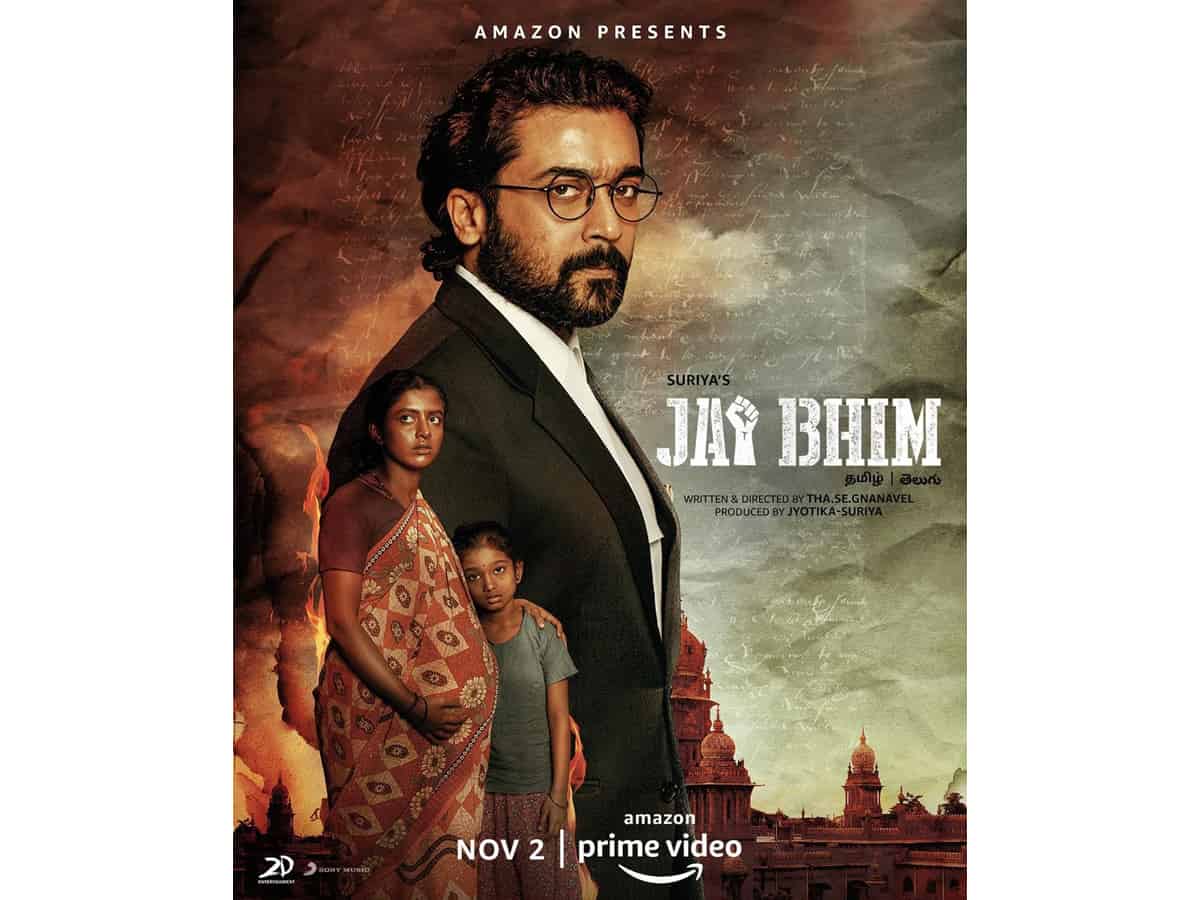 Chennai: With the upcoming courtroom drama ‘Jai Bhim’ gearing up for its release, actor Suriya who plays an advocate in this movie, talks about the inspiration behind his role.

‘Justice Chandru’ in ‘Jai Bhim’ is a rebel, who strives to bring justice to the downtrodden people of society. Suriya explains that he felt responsible as he took up the role of such a person. “It brings me so much satisfaction along with the responsibility to choose such roles in my movies. As a pan-India movie, I am glad the tale is being reachable at a higher spectrum”, Suriya said.

Explaining his character in ‘Jai Bhim’, the actor said, “In most of the human rights cases that Chandru sir has taken up, he has not charged a penny. Not just Chandru sir, there are so many people in our judicial system who have done such things. All of their stories are to be heard, as they give us hope for a better world,” Suriya said.

On being quizzed about what the makers are trying to convey, when Tamil movies like ‘Asuran’ and ‘Kaala’ have already highlighted such points earlier. “It is the director’s conviction that ‘Jai Bhim’ has turned out the way it is. Though there are movies addressing the stereotypical ideologies around the subaltern culture, this particular story needs that hype. Being an advocate, Justice Chandru used the law as a weapon to bring back the rights of many,” Suriya replied.

‘Jai Bhim’ is slated for release on November 2 and would be streamed on Amazon’s Prime Video.