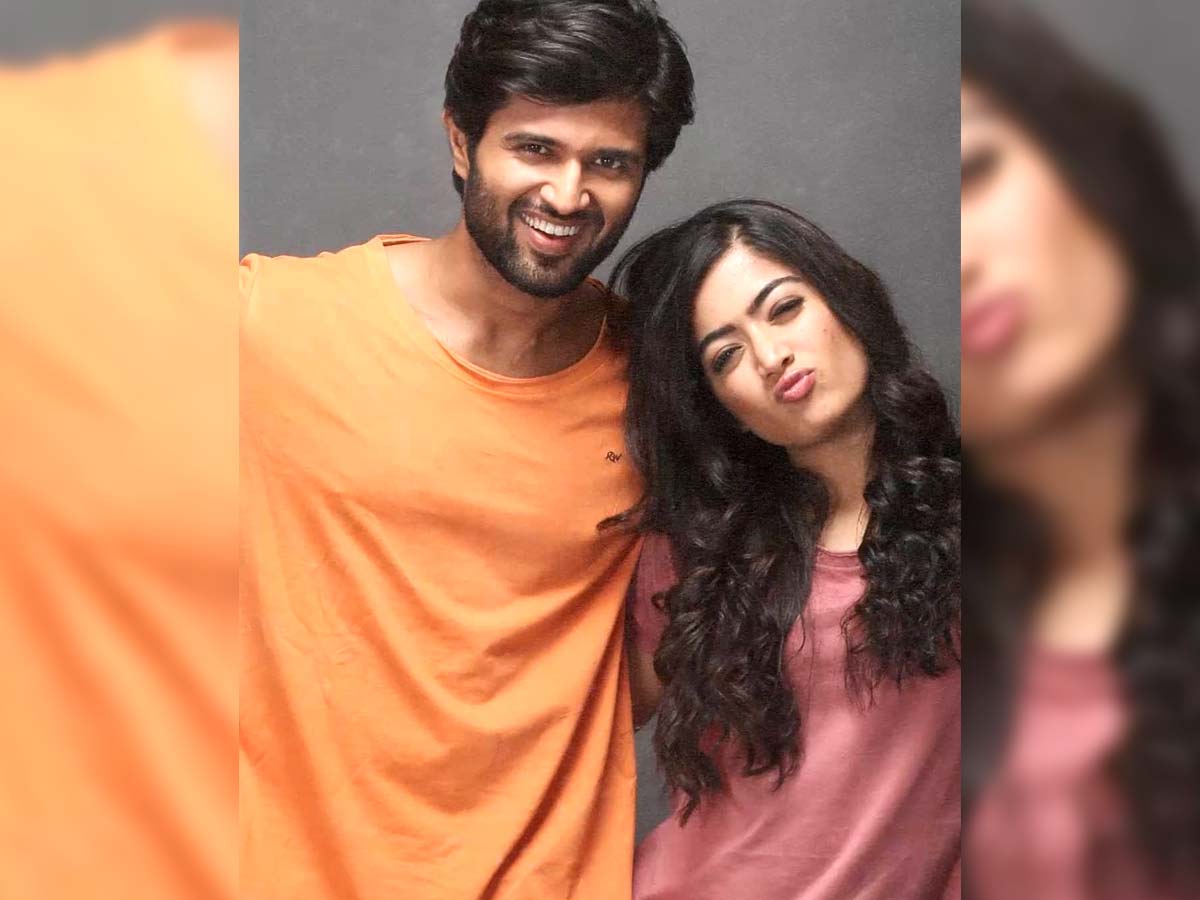 Mumbai: South superstars Rashmika Mandanna and Vijay Deverakonda’s rumoured relationship is always talk of the town. Fans go gaga over their chemistry both on screen and off screen. Although, none have accepted the same in the public light, there have been several incidents on social media that add fuel to the fire.

And now, their fans and admirers across the country are bowled over with their latest viral video where Vijay Deverakonda went down on his knee for Rashmika Mandanna. Yes, the actor indeed did it for an ad shoot in which they both paired recently.

The adorable duo has been chosen as the brand ambassadors for a popular soap brand and recently, they have shot for the concerned TV commercial at a private studio in Mumbai. A snippet from the ad shoot has been doing the rounds on social media and the BTS clip features Vijay going down on one knee before Rashmika and presenting a gift.

In video that is surfacing online, the 31-year-old handsome hunk looked dapper in a white blazer, while the 25-year-old actress opted for a slip dress.

On Tuesday, Rashmika Mandanna took to her Instagram stories and shared a picture with a sticker ‘Guess Who?’. And today it is revealed that he is none other than Vijay!.

Their on screen and off screen camaraderie

Their on-screen chemistry helped them both to form a strong bond in real life, which also sparked off-dating rumours. Rashmika also said Vijay is a good friend who helped her recover from her break-up with Rakshit Shetty.

Speaking about their professional fronts, Rashmika is all set to maker her Bollywood debut with Siddharth Malhotra in ‘Mission Majnu’. She has also signed her second film in Bollywood titled ‘Goodbye’ and it features Amitabh Bachchan as the lead.

On the other hand, Vijay Deverakonda will be seen in Puri Jagannadh’s romantic sports action film Liger, co-starring Bollywood actress Ananya Panday. The film is set for a release in September which marks his Bollywood debut project.