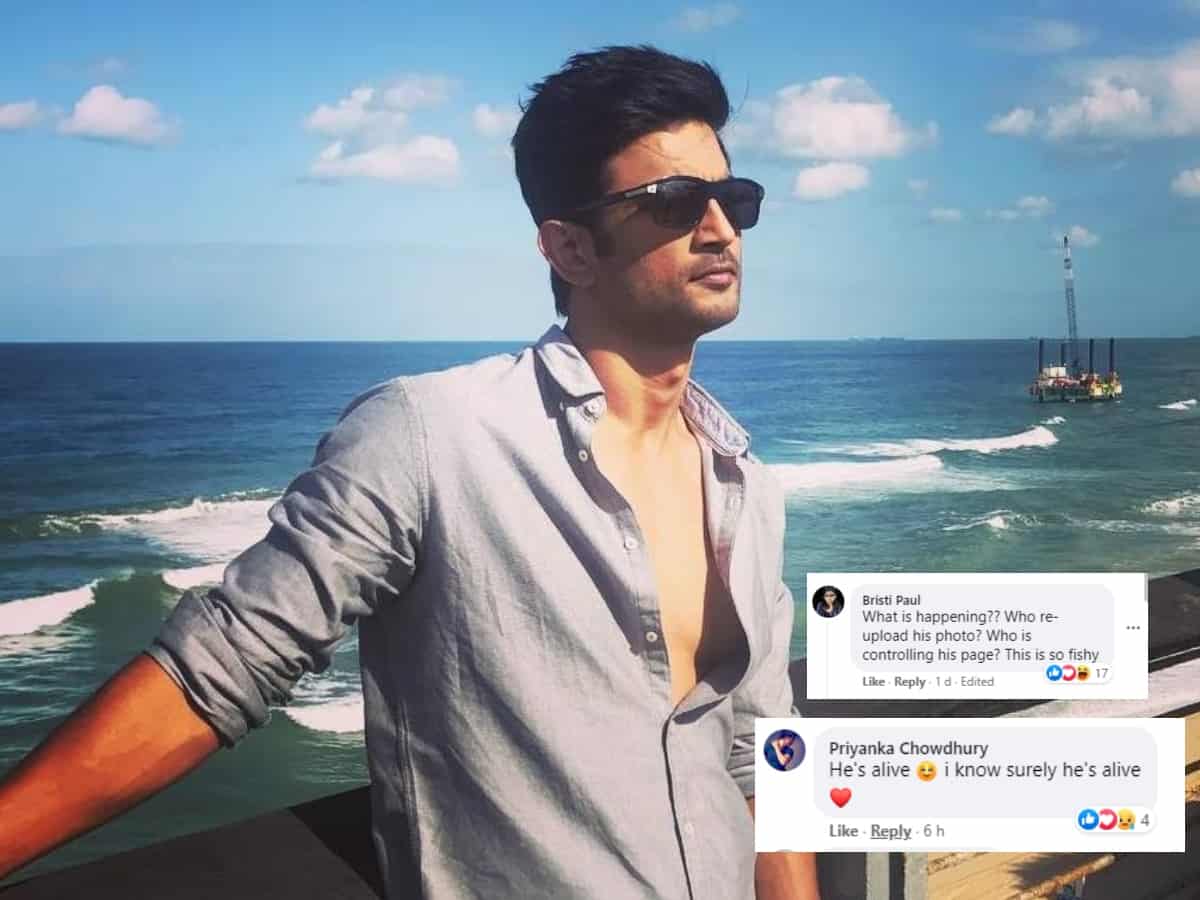 Mumbai: ‘Sushant Singh Rajput is not just a name but an emotion no’! One of the talented actor of Bollywood left for heavenly abode on June 14, 2020, creating a big void in the industry that can never be filled again.

His unfortunate demise was a massive loss not just to the film industry and family, but his loyal fan base across the world were heartbroken and the entire nation has been looking forward to seek justice for the actor. Many are still struggling to digest this harsh reality that Sushant Singh Rajput is no more between us.

Amidst all this, ardent fans of Sushant Singh Rajput, who continue to follow him on social media and have recently traced some activity on his Facebook page. His display picture has been changed on Facebook which has surrpised some fans who took to the comments section wondering who has been doing it. Not just that, even the cover photo was changed on Sushant Singh Rajput’s account.

One social media user wrote, “Oh my God I’m shocked!!!!! Who controls the Sushant account?! How did he update his profile picture knowing that the page was only managed by Sushant?! What is happening?!!” “How is this possible?” asked another fan. “At least we know heaven as internet,” one person wrote.

“I am totally shocked, for one second I thought that he is back! But how is this possible? Who is controlling his account? What are they trying to prove by uploading his profile picture?” a third person asked.

The last post shared by the late actor’s team on Facebook was on June 16, which read, “He is away but he is still alive with us. Kickstarting #SelfMusing mode https://selfmusing.com/ Fans like you were real “godfather” for Sushant. As promised to him, converting this space into a collection of all his thoughts, learnings, dreams, and wishes, he always wanted people to know. Yes, we are documenting all the positive energies ⚡ he has left behind in this world. #AlwaysAlive #BestofSSR.”

Sushant Singh Rajput was found dead in his residence in Mumbai on June 14, 2020 under mysterious circumstances. His family filed a complaint against his girlfriend Rhea Chakraborty, accusing her of abetting his suicide and misappropriating his funds.