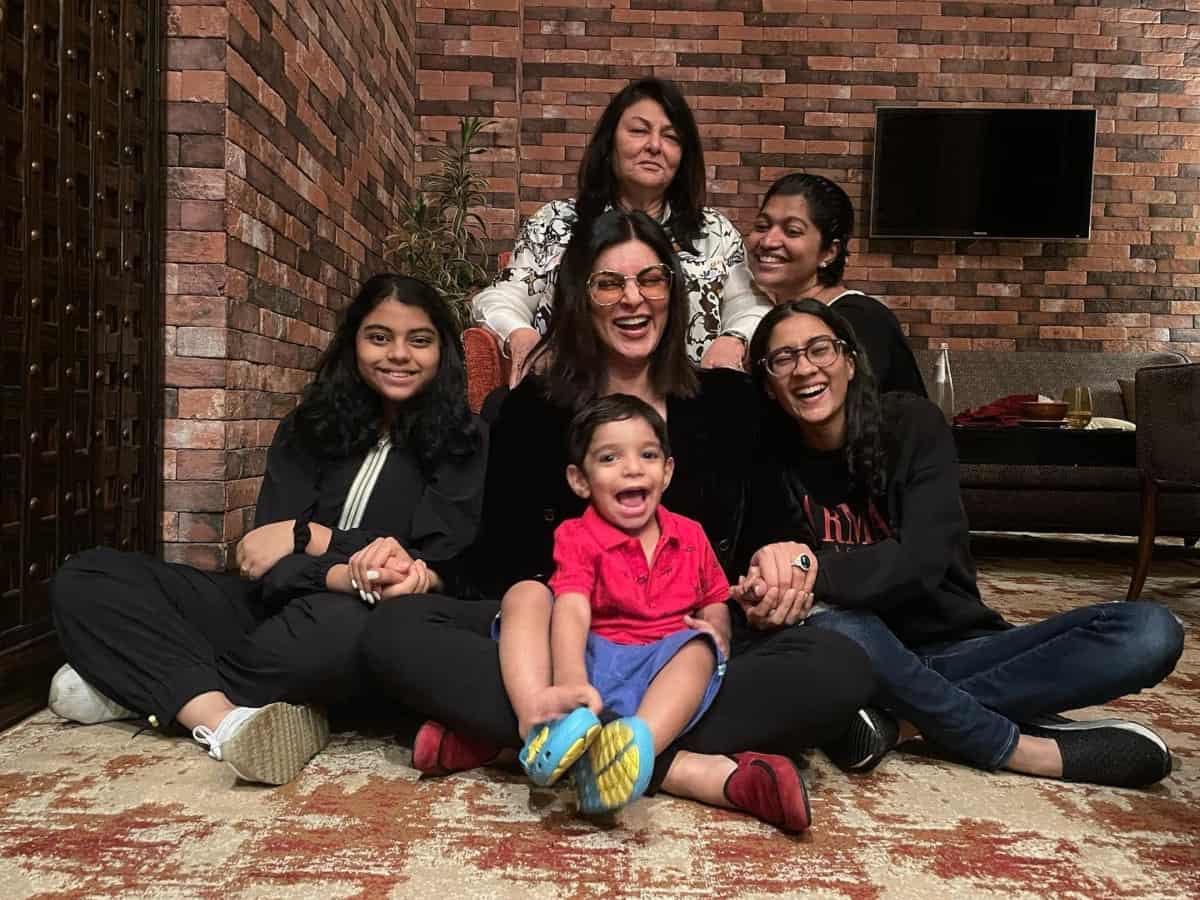 Mumbai: Bollywood actor Sushmita Sen dropped an adorable picture with family from the celebration of her godson’s birthday on Sunday on social media.

The ‘Main Hoon Na’ actor is quite active on social media and always treats her fans with pictures and videos of herself and her loved ones. Recently, she took to Instagram and gave glimpses of happy moments with her family.

Sharing the picture, she wrote, “It’s a woman’s world & I am the man in it” Yesssss Amadeus YOU INDEED ARE!!! Happppyyyyyy 3rd Birthday to my handsome, most loving, kind, naughty & compassionate Godson Amadeus!! We loooooove you #Poocha Thank you for gracing our lives!! #sharing #partytime #birthdayboy #Godson #love #blessings #duggadugga. Alisah, @reneesen47 , Sreejaya, @subhra51 & #yourstruly I love you guys!!!!”

In the picture, the former Miss Universe was seen posing with her mother, daughters and 3-year-old godson Amadeus.

Amadeus is the son of her friends Shreejaya and Chaitanya.

And commenting on the photo was Sushmita’s sister-in-law, who has been in news for a while, for announcing her divorce with Sushmita’s brother Rajeev Sen. Charu Asopa Sen wrote, “Happy birthday to poocha.”

Previously, Charu had revealed in her vlog that she is divorcing her husband Rajeev Sen for the better future of their daughter Ziana. Charu’s divorce rumours with Rajeev surfaced online when she deleted all her couple pics with him from social media.

Charu tied the knot with Rajeev, who is actor Sushmita Sen’s brother, in 2019 but soon after their marriage, reports of their divorce started circulating. The two became parents to Ziana in November last year.
However, the actual reason behind why they have chosen to part ways is still unknown.

Coming back to Sushmita, the diva confirmed dating former IPL Chairman Lalit Modi last month. The couple was massively trolled on the internet for announcing their relationship.

On the work front, Sushmita will next be seen in Disney + Hotstar web series ‘Aarya 3’.