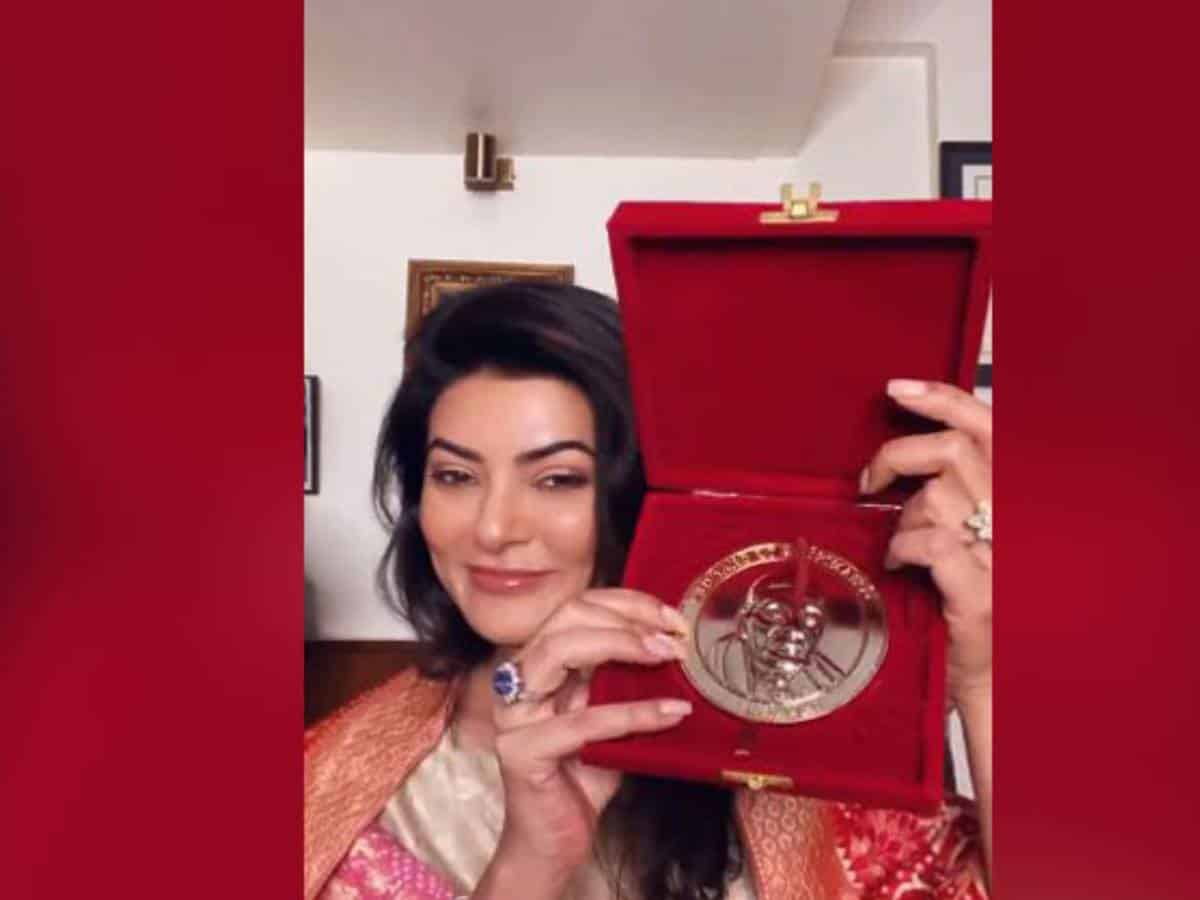 New Delhi: Bollywood actor Sushmita Sen, on Friday night revealed that she was conferred with the prestigious National award titled ‘Champions Of Change Award’ for her contribution towards women empowerment and social welfare.

The former Miss Universe hosted an Instagram live session for her fans to share the exciting news with them.

In the nearly 15 minutes session, Sushmita was over the moon while showing her award on the camera.

Thrilled after winning the award, she shared that her father, who served the country as an Indian Air Force Officer for many years would be proud of her today because “when Bharat gives his daughter something, he just gets super super happy”.

The ‘Mai Hoon Na’ actor, who has always been vocal about the social issues related to women in society also elaborated what she said in her acceptance speech, while virtually receiving the award.

“To be born a woman is a huge gift from God but to be in service of women, now that is a privilege,” she said.

On a related note, the 45-year-old star’s live session was viewed by more than 1 million people on the photo-sharing platform.

Currently, she is shooting for Season 2 of the series. Directed by Ram Madhvani, Sandeep Modi, and Vinod Rawat ‘Aarya’ is an official Indian remake of a popular Dutch show ‘Penoza’.

The story of ‘Aarya’ revolves around Aarya Sareen (Sushmita Sen) who is a caring mother and a loving wife.

She is quite simplistic in her approach and is unaware of the illegal business her husband is a part of. However, things go bad for their family after Aarya’s husband Tej Sareen (Chandrachur Singh), a pharma baron, is mysteriously killed.

The whole drug operation and illegal syndicate seek the death of his entire family. Seeing this, Aarya joins the gangs and becomes the Mafia queen and seeks revenge from those who killed her husband.

In this process, she also takes care of her three kids.