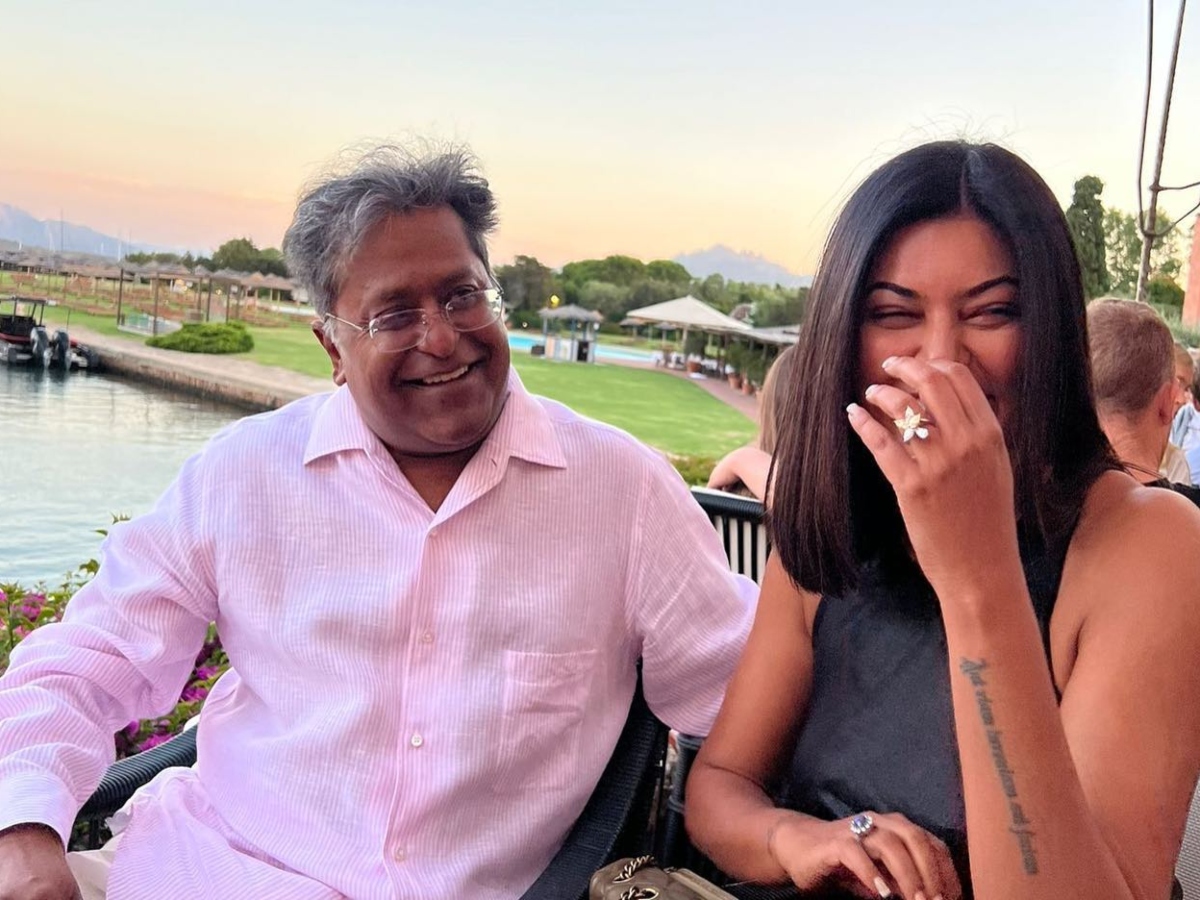 Mumbai: Former Miss Universe and Bollywood actress Sushmita Sen is currently atop news headlines. Former IPL chairman and businessman Lalit Modi took the nation by surprise on Thursday night after he confirmed that he is dating Sen.

Sharing a set of pictures with his ‘better half’ Sushmita Sen on Instagram, Lalit wrote, “Just back in London after a whirling global tour #maldives # sardinia with the families – not to mention my # better-looking partner @sushmitasen47 – a new beginning a new life finally. Over the moon. In love does not mean marriage YET. BUT ONE THAT BY GOD’S GRACE WILL HAPPEN. I JUST ANNOUNCED THAT WE ARE TOGETHER.”

In another tweet, the business tycoon clarified that they are just dating and are not married yet.

Ever since then the couple has also been showered some love from their friends in the showbiz and business industry. However, what caught everyone’s attention is her huge diamond ring in one of the photo. While the couple did not mention anything about getting engaged so far, fans are wondering if the ring that Sushmita is simply flaunting was gifted to her by Lalit.

Sushmita Sen was earlier dating model Rohman Shawl whom she met through Instagram DMs sometime in 2018. However, they parted their ways last year. The actress is mother to two adopted daughters — Renee and Alisah.