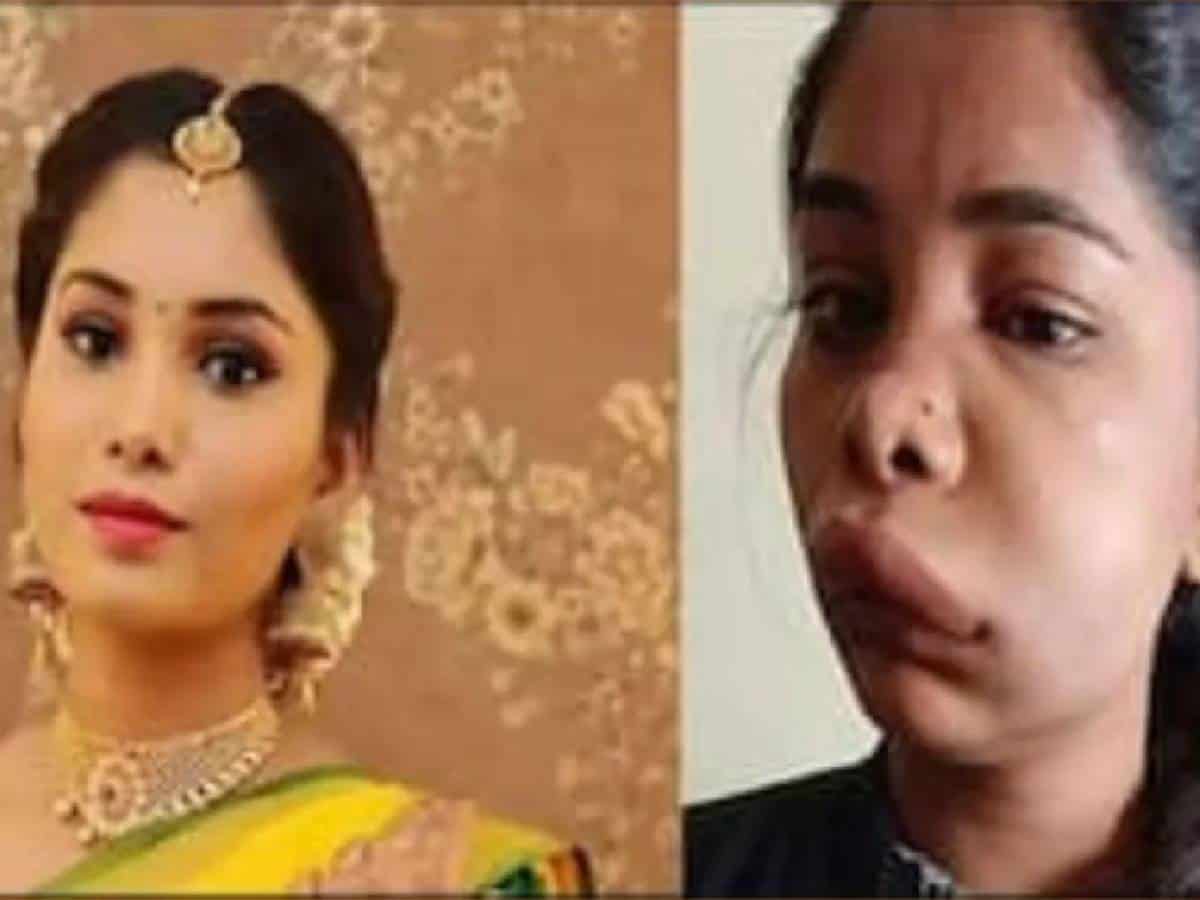 Mumbai: Kannada actress Swathi Sathish’s root canal procedure went horribly wrong and she looked unrecognizable as the right side of her face was swollen.

The actress looked unrecognizable in her photos shared after the surgery, which were posted online.

The doctors had reportedly told her that the swelling would subside after a little time and was a common reaction. However, it went from bad to worse as the swelling did not ease, even after 20 days since her surgery.

According to reports from a Kannada news channel, the actress is very upset with the medical negligence of the clinic.

The media report also stated that the actress is currently having trouble stepping out of her house with her swollen face.

She has a film that is ready for release and was not able to promote her movie due to the condition of her face.