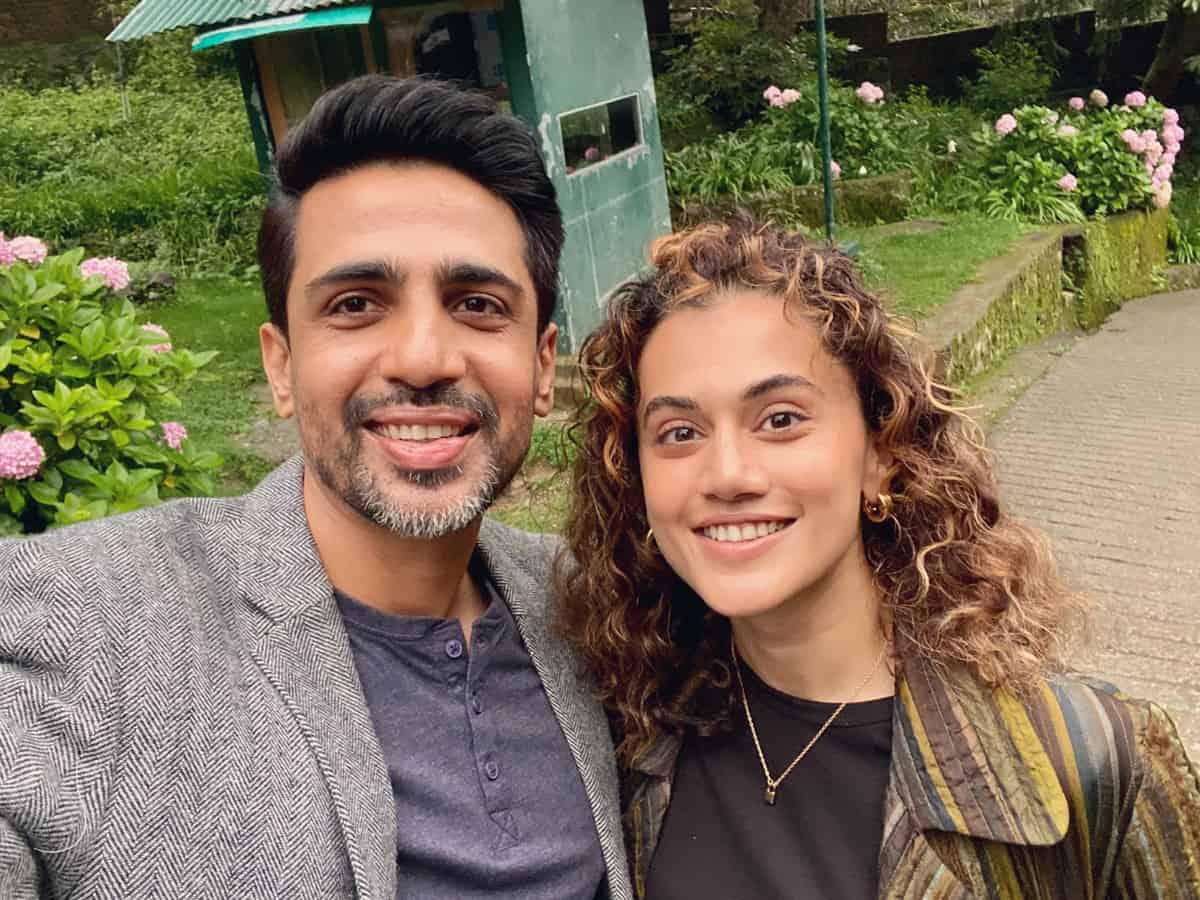 Both the stars shared pictures on social media from their first day of the shoot for Taapsee’s production debut.

Taapsee shared a photo of her on Instagram reading the film’s script and hinted that her character will be named Gayatri. In the picture, she can also be seen wearing a stylish Bvlgari watch along with a black top, matching trousers and a multicolored long jacket. She captioned her post as, “Shubh Aarambh! Let’s do this Gayatri! #Blurr #Day1”.

Meanwhile, Gulshan shared a tweet that read, “Mr and Mrs Blurr.” Along with it, he shared a selfie with his new co-star. He also shared a picture of him and Taapsee on his Instagram Stories, where he wrote, “We’re so good that we can convincingly fake candid shots.”

Taapsee, who has starred in thrillers like ‘Haseen Dilruba’, ‘Badla’, among others, had earlier revealed that ‘Blurr’ will be an edge-of-the-seat thriller.

Co-written by Pawan Sony and Ajay Bahl, the movie is being helmed by Bahl who has directed films like ‘Section 375’ and ‘BA Pass’.

‘Blurr’ will surely be an interesting watch as it has the industry’s biggest names backing it. This isn’t the first time that Taapsee has delved into entrepreneurship, the 33-year-old actor additionally also owns a wedding planning firm and a badminton team known as 7 Aces Pune.

On the film front, the 33-year-old-actor is set for a season chock-a-bloc with her next ‘Looop Lapeta’, ‘Rashmi Rocket’, ‘DooBaaraa’, ‘Shabaash Mithu’, and a south film, along with many others in the pipeline.