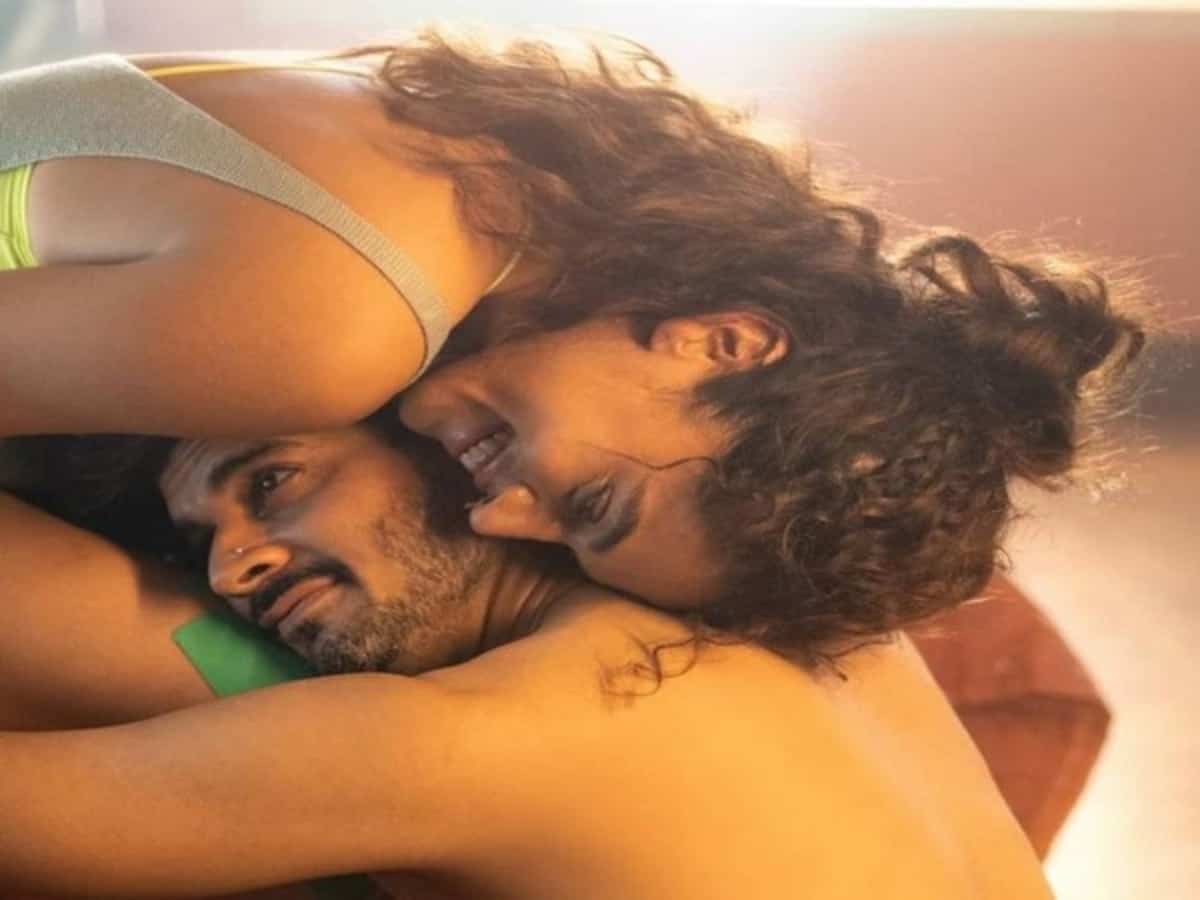 New Delhi: Bollywood actor Taapsee Pannu, who had recently introduced her character Savi from the upcoming ‘Looop Lapeta’, has now shared a glimpse of her on-screen romance with co-star Tahir Raj Bhasin.

Raising the excitement of her fans, the actor shared a new still from the forthcoming film, giving a sneak-peek into Savi and Satya’s (Tahir’s character) ‘world of fire and ice’.

In the picture, Tahir can be seen placing his head on Taapsee’s lap while she is holding him in a loving embrace.

(“For Satya, it was love at the first fight. And me, I just wanted to stay still after all the running around. In the fight against life, we became pain-killers for each other. Enter the world of fire n ice”).

He wrote, “Dearest Savi, tujhse mill kar meri life badal gayi (life has changed after I met you) and all it took is a day. Sometimes when we’re together I can feel time standstill. When you laugh it seems to slip by. We obviously bend the definition of time and now, quite literally, that must be put to the test. The only stakes higher than live or die are love & loss. So run, run like you must to keep us going! I place my bets on you.”

The upcoming film is an official remake of the 1998 German movie ‘Run Lola Run’, written and directed by Tom Tykwer. Franka Potente played the titular role of Lola, while the film also starred Moritz Bleibtreu. The German film followed a woman who needs to obtain 100,000 Deutsche Mark in 20 minutes to save her boyfriend’s life.

Apart from ‘Looop Lapeta’, Taapsee has a flurry of films in her kitty including ‘Shabaash Mithu’, ‘Haseen Dillruba’, ‘Rashmi Rocket’ and ‘Dobaaraa’.

Meanwhile, Tahir, who was last seen in Nitesh Tiwari’s ‘Chhichhore,’ alongside late actor Sushant Singh Rajput and Shraddha Kapoor, is awaiting the release of ’83’, which also features Ranveer Singh and Deepika Padukone.