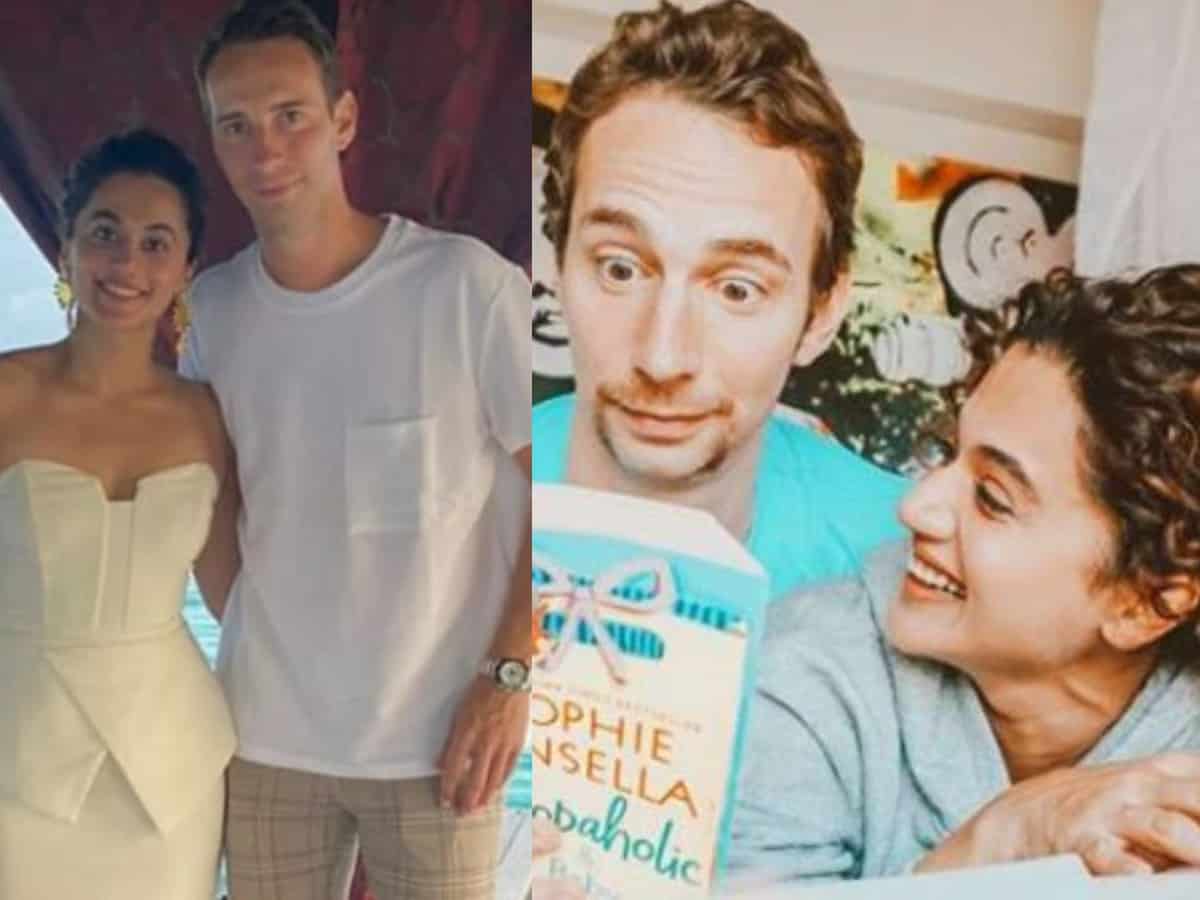 Mumbai: Actress Taapsee Pannu is one of the talented stars in the film industry. Apart from being known for her movie choices, the actress is often talked about for her personal life. For the unversed, Taapsee is currently dating former badminton player and coach Mathias Boe. Her relationship was confirmed by her sister Shagun Pannu last year.

Who is Mathias Boe?

Mathias, a professional badminton player from Denmark was a gold medalist in the European Games in 2015. He also won a silver medal at Summer Olympics 2012.

In a recent interview with Curly Tales, the ‘Haseen Dilruba’ actress spoke about her marriage plans and more. She said that her parents are worried that she might ‘end up not getting married ever’.

Adding that she will not go against her parents wish to marry someone, Taapsee also told that her parents want her to ‘just get married’, be it to anyone. The actress said that she has no interest in doing time pass and if there is a possibility of marriage then only she spends time and energy on that person.

Talking to ETimes, she had opened up about her wedding plans. On being asked if a wedding was on the cards, the actress had said that she is yet to reach certain benchmarks in her professional life. Taapsee Pannu further added that once that happens, she will probably think of slowing down and doing two-three films a year instead of five-six. Only then she will have time to dedicate to her personal life.

Speaking to Pinkvilla last year, Taapsee had said, “I’m not married and people who are genuinely interested in my life not just to make gossip columns about it, know about it. Whoever is the person in my life is not into the profession where people are more curious about him. He is not an actor or a cricketer. He’s not even from here around.”

Last year, Taapsee had been on a vacation to the Maldives with her sister Shagun Pannu and one of her cousins. And Mathias, too, had companied the Pannu girls on their trip to the island. Taapsee and Mathias’ pictures from the trip which went viral gave major relationship goals.

Meanwhile, on the professional front, Taapsee Pannu’s latest release is the murder mystery Haseen Dillruba along with Vikrant Massey. Taapsee will be next seen in Rashmi Rocket, Loop Lapeta and Shabaash Mithu. She recently bagged a Telugu project Mishan Impossible.