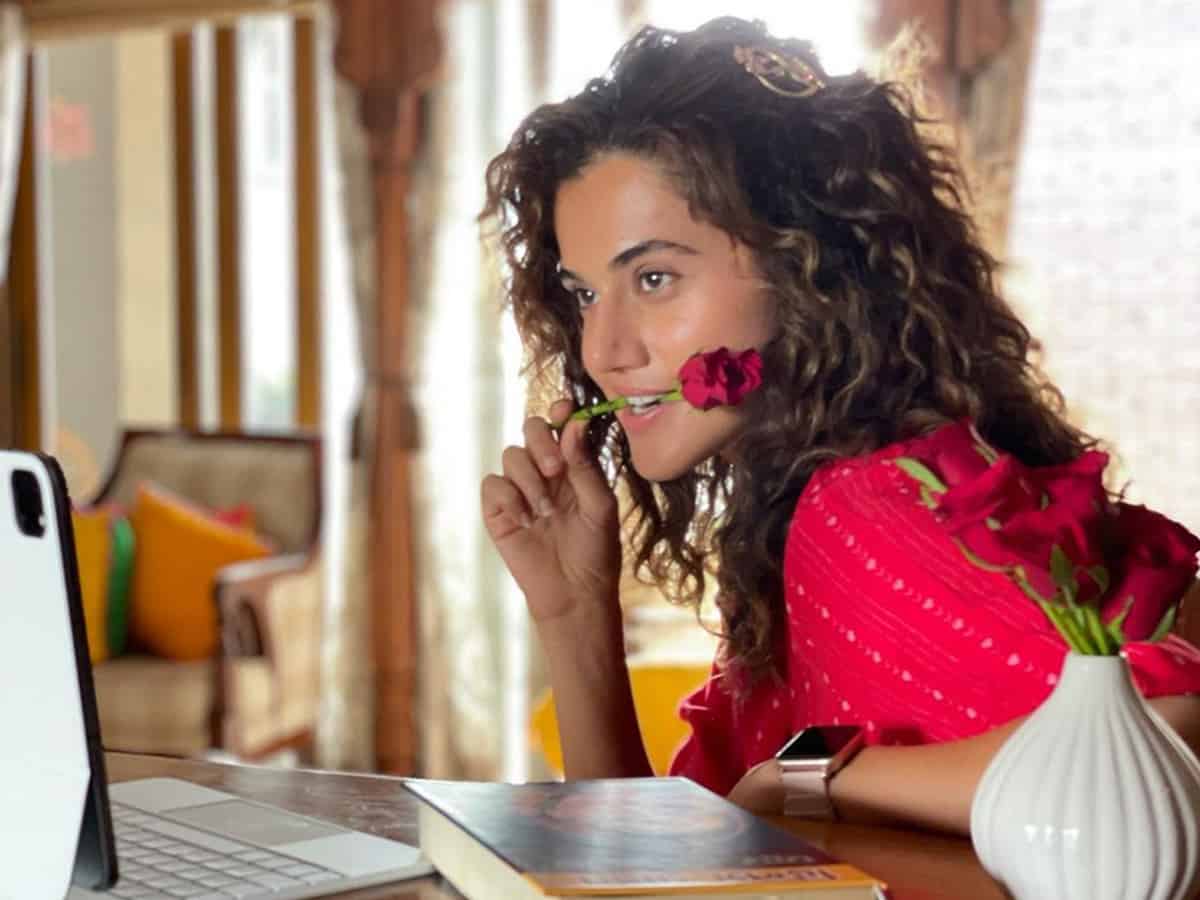 New Delhi: Actor Taapsee Pannu shared a glimpse of her character ‘Gayatri’ from the scenic location of her upcoming film ‘Blurr’.

Taking to her Instagram handle, the ‘Haseen Dillruba’ star posted a picture where she is seen blindfolded and holding a glass, with a picturesque background of the sun setting in the mountains.

“When the nature has its own filter you need not do much… As for Gayatri, she feels more than she sees. #Blurr,” she captioned the post, hinting at the idea of eyesight in the upcoming thriller.

Reportedly, ‘Blurr’ is being partly shot in the heritage buildings of Nainital with Mall Road and Russian Bypass. Besides this, certain scenes will be covered at places like Bhimtal, Bhawali Sattal and Mukteshwar.

The film is the first project of Taapsee’s recently announced film production company, Outsider Films. Gulshan Devaiah, who is known for his roles in ‘Mard Ko Dard Nahi Hota’ and ‘Shaitan’, will be starring opposite Taapsee.

Taapsee, who has starred in thrillers like ‘Haseen Dillruba’, ‘Badla’, among others, had earlier revealed that ‘Blurr’ will be an edge-of-the-seat thriller.

Co-written by Pawan Sony and Ajay Bahl, the movie is being helmed by Bahl who has directed films like ‘Section 375’ and ‘BA Pass’.

Apart from ‘Blurr’, the 34-year-old actor is set for a season chock-a-block with her next ‘Loop Lapeta’, ‘Rashmi Rocket’, ‘DooBaaraa’ and ‘Shbaash Mithu’ in the pipeline.