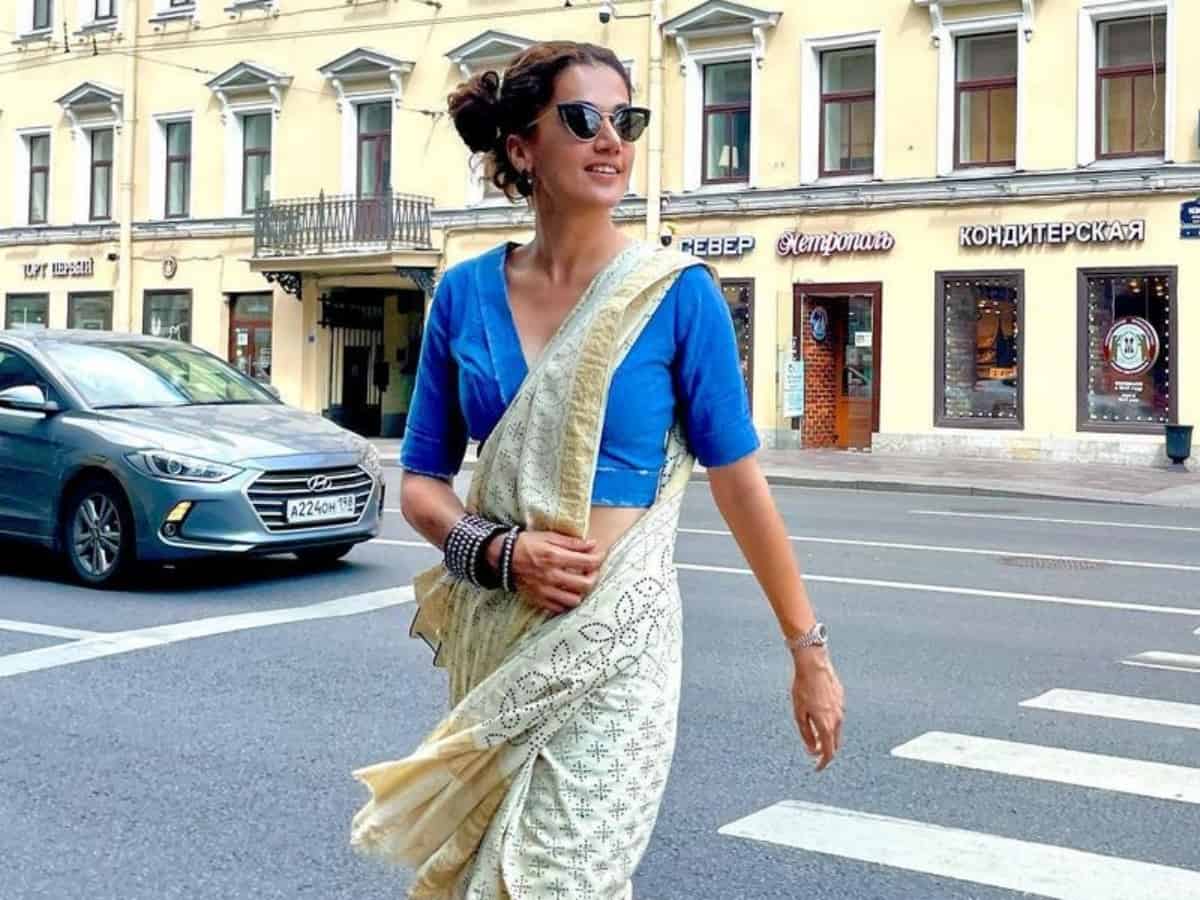 Mumbai: Actor Taapsee Pannu on Saturday took a trip down memory lane and shared a picture from her school days when she participated in a race and won the first prize.

Taking to her Instagram handle, Taapsee posted a photo in which she can be seen holding a certificate and standing at the highest height on a winner podium.

She can be seen dressed in her school uniform, wearing a white shirt, white shorts and her long hair braided in pigtails.

Fans and fellow members of the film fraternity flooded her post with likes and comments.

Taapsee’s sister Shagun Pannu commented, “And I was in the drill cheering for you!”
Producer Shabinaa Khan commented, “Check your laces, standing out tabseee.”

On a related note, Taapsee’s highly anticipated film ‘Rashmi Rocket’, which chronicles the story of a girl Rashmi and her journey from a tiny village to athletic contests, is expected to release sometime in 2021.

The actor would also be seen in an athletic avatar in the film ‘Shabaash Mithu’ which revolves around the life of Indian women’s ODI cricket team captain, Mithali Dorai Raj.

Apart from these, Taapsee’s horror-comedy film ‘Annabelle Sethupathi’ where she stars opposite actor Vijay Sethupathi, was released recently.