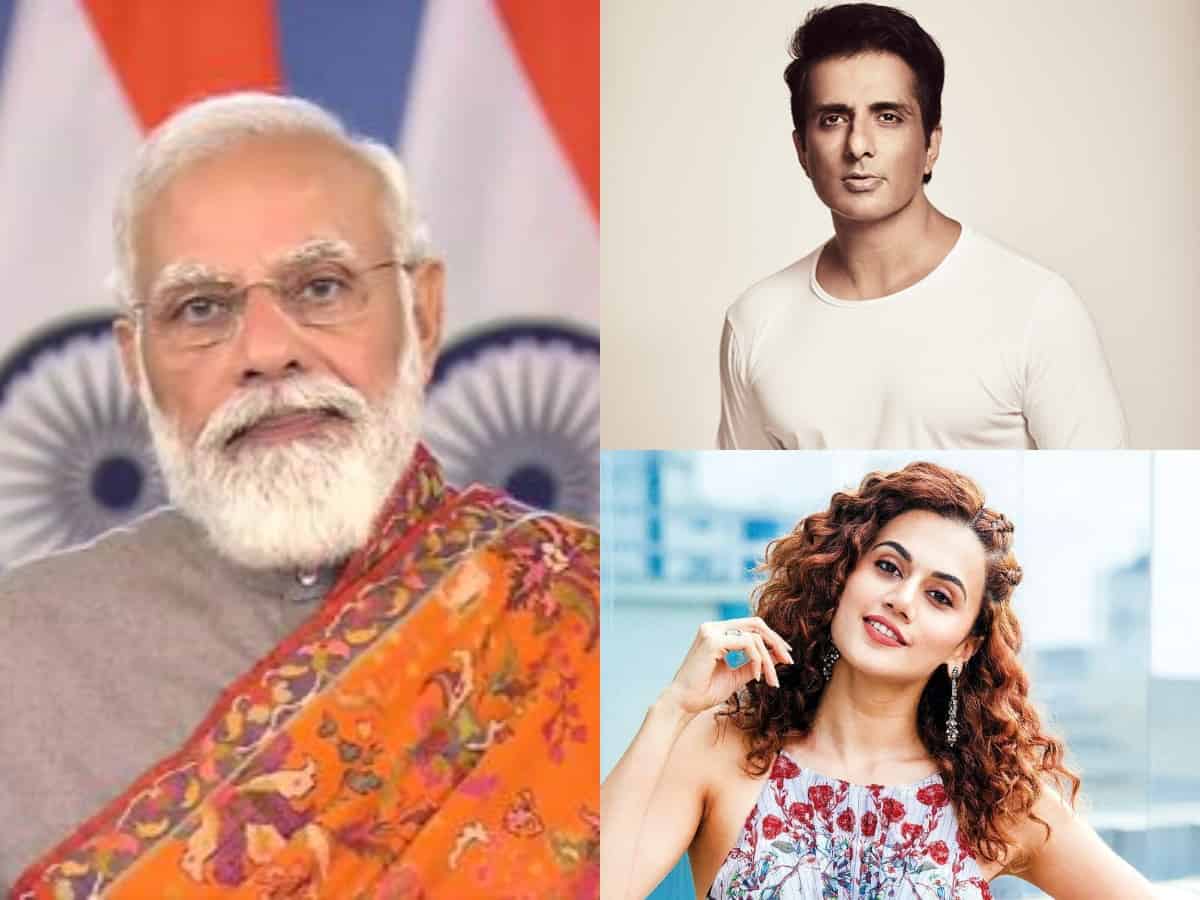 Mumbai: Prime Minister Narendra Modi’s announcement to withdraw the three farm laws has been welcomed by all. Members from the film fraternity have also hailed the decision.

“This is wonderful news! Thank you, @narendramodi ji, @PMOIndia, for taking back the farm laws. Thank you, farmers, for raising just demands through peaceful protests. Hope you will happily return to be with your families on the Parkash Purab of Sri Guru Nanak Dev Ji today,” actor Sonu Sood tweeted.

Actor Gul Panag, who also participated in the farmers’ protest, expressed her joy after reading about the withdrawal of the laws.

“Grateful to @narendramodi for repealing the Farm Laws, finally. I wish we didn’t have to let the impasse last this long, cause so many lives to be lost. And demonise, debase, delegitimise the Farm Protest and the protestors,” she tweeted.

According to her, this should be a lesson for “future Governments to find the means & the will, to engage with all stakeholders when bringing about reform.”

She added, “And also a lesson for law makers -that legislative procedure can’t be circumvented by passing laws in minutes, without discussion & debate.”

On the occasion of Gurpurab on Friday, Modi announced that his government would repeal the three farm laws passed by Parliament a year ago, which has led to massive protests by farmers unions in several states.

Farmers have been protesting the government’s three farm laws since had passed the Farmer’s Produce Trade and Commerce (Promotion and Facilitation) Bill, 2020, and the Farmers (Empowerment and Protection) Agreement of Price Assurance and Farm Services Bill, 2020.

Actor Shruti Seth tweeted, “So many lives lost. Such a heavy price. But proud of the farmers for holding their ground, peacefully! Jai Kisaan. Jai Hind.”

The announcement of the repeal of the three farm laws comes ahead of the crucial Assembly elections in Punjab, Uttar Pradesh, Uttarakhand, Goa and Manipur scheduled to be held early next year.