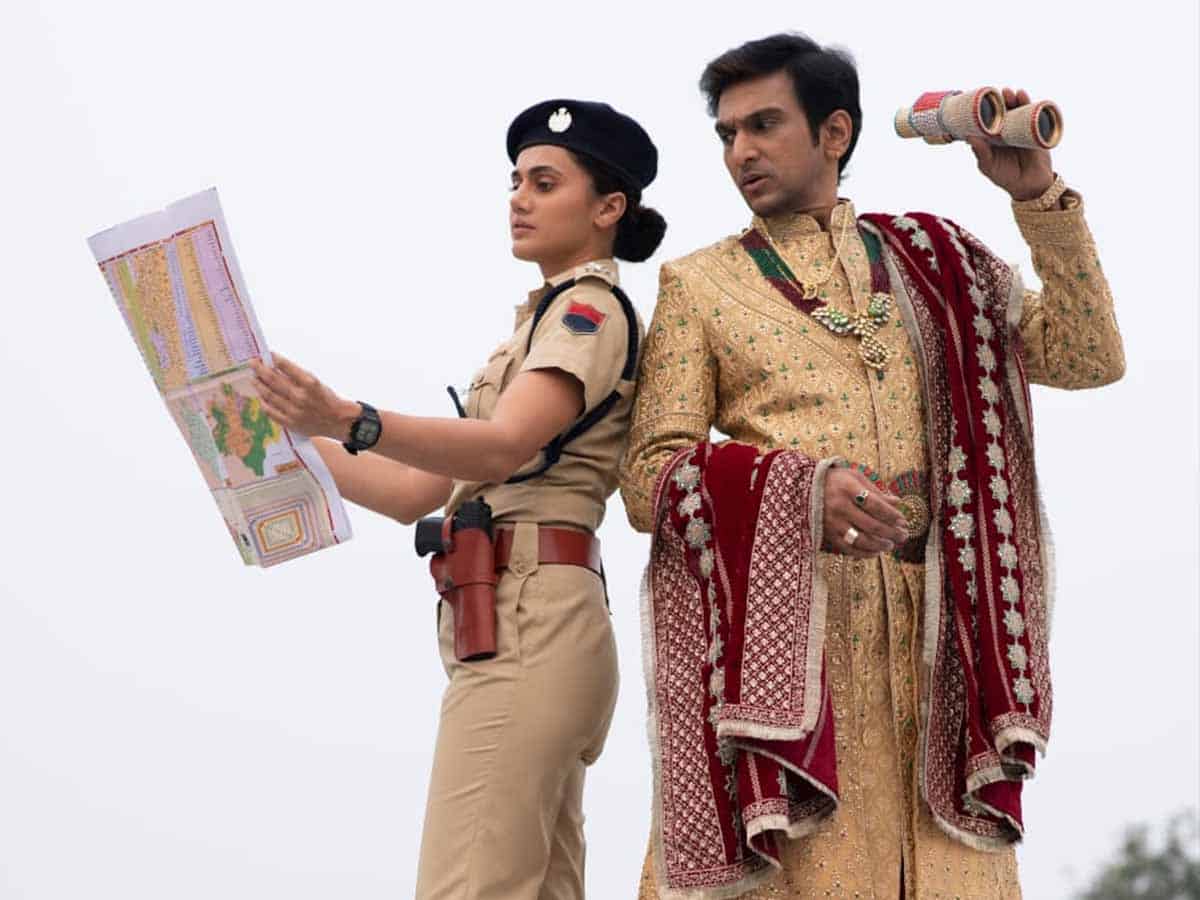 Mumbai: The makers of ‘Woh Ladki Hai Kahaan?’ starring Pratik Gandhi and Taapsee Pannu have revealed the first look of the upcoming film.

The Junglee Pictures and Roy Kapur Films studios’s upcoming project is a comedy-drama, which brings Taapsee and Pratik together for the first time.

On playing a cop for the first time and sharing her stunning look from the film, Taapsee said: “Playing a police woman and doing a comedy film has always been on my checklist and I am happy that it is finally ticked off. I had seen Pratik’s work and I think he is a very talented actor and I am absolutely enjoying working with him.”

Taapsee will be seen playing her first comedy role as a feisty cop. Pratik will be seen in a very different avatar as the young newly-wedded scion of a ‘Masala’ magnate family. The makers have shared an exciting first look of the actors from the film from their current shooting schedule in Jaipur.

Pratik is excited to showcase the quirks of his character.

He said: “My character in ‘Woh Ladki Hai Kahaan?’ is very different from anything I have ever done before, and that is very exciting. Taapsee is super talented and I am so thrilled to be working with her. Arshad has a great vision and he has written the story with so much nuance! I am sure the audiences will love it.”

Talking about his directorial debut and bringing his story which such an interesting team, director Arshad Syed shares, “Having a cast of brilliant actors like Taapsee Pannu and Pratik Gandhi has enriched my cinematic journey. The characters they’re essaying are the comic fodder of our film. Sharing the first glimpse of their characters is exciting for the entire team.”