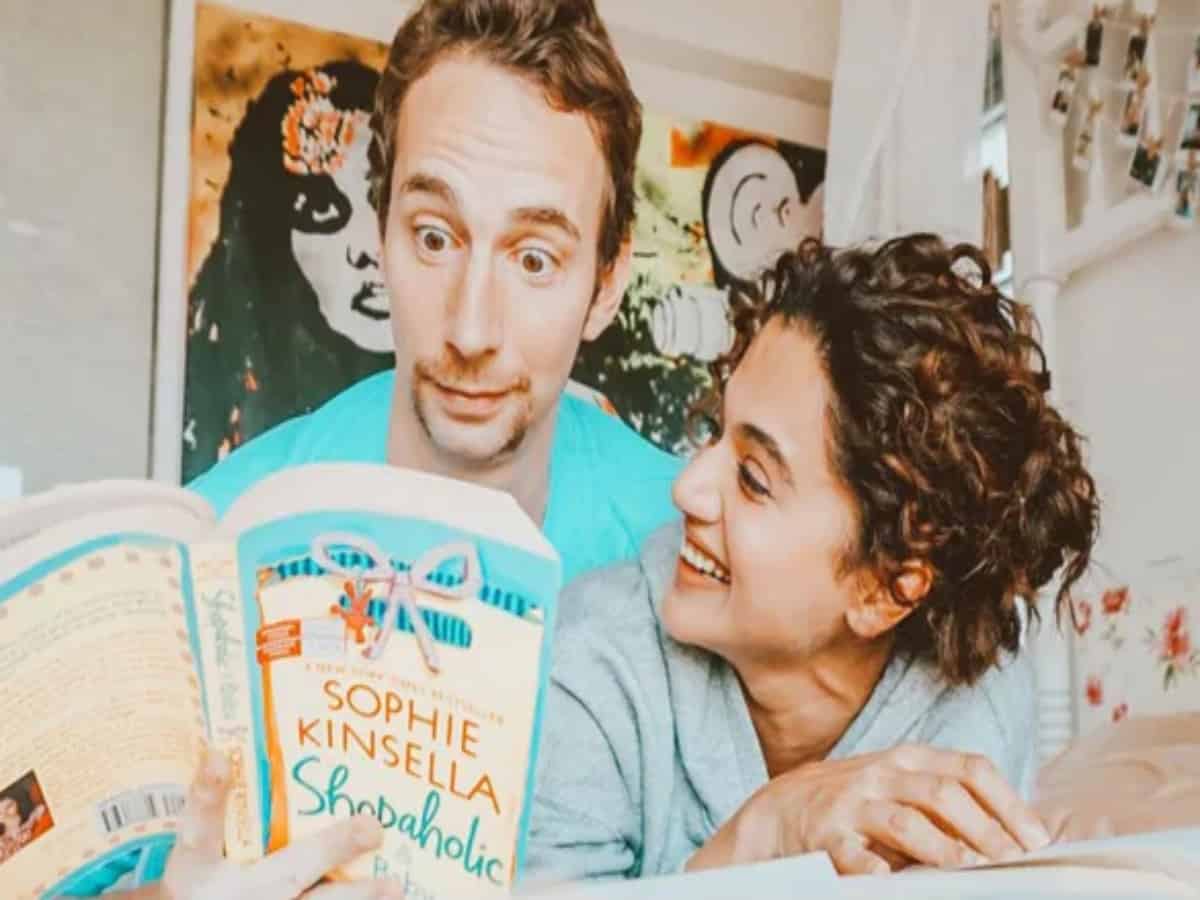 Hyderabad: Actor Taapsee Pannu’s boyfriend Mathias Boe, a former Badminton player, has tweeted to Sports Minister Kiren Rijiju on how the Income Tax raids on Taapsee’s house is causing stress to her family, especially her parents.

He wrote, “Finding myself in a bit of turmoil. Representing Flag of India for the first time as a coach for some great athletes, meanwhile IT department is raiding Taapsee’s house back home, putting unnecessary stress on her family, especially her parents.”

In response to Boe’s tweet, Rijiju asked him to stick to his “professional duties”. He wrote, “Law of the land is supreme and we must abide by that. The subject matter is beyond yours and my domain. We must stick to our professional duties in the best interest of Indian sports.”

Mathias Boe is a former Danish shuttler. He is currently coaching the Indian badminton players in Switzerland for the Swiss Open.

On Thursday, Central Board of Direct Taxes claimed that it detected financial irregularities of over Rs 650 crore after it raided two film production companies, two talent management companies and a leading actress, but did not take any names.

Ruling allies Congress and NCP in Maharashtra had criticised the raids and termed them an attempt to suppress the voices of those who speak against the Narendra Modi-led government.

Both Mr Kashyap and Ms Pannu are outspoken critics of the government and have lent their voice to various causes, including the ongoing farmer protests and last year’s protests against the controversial citizenship law.