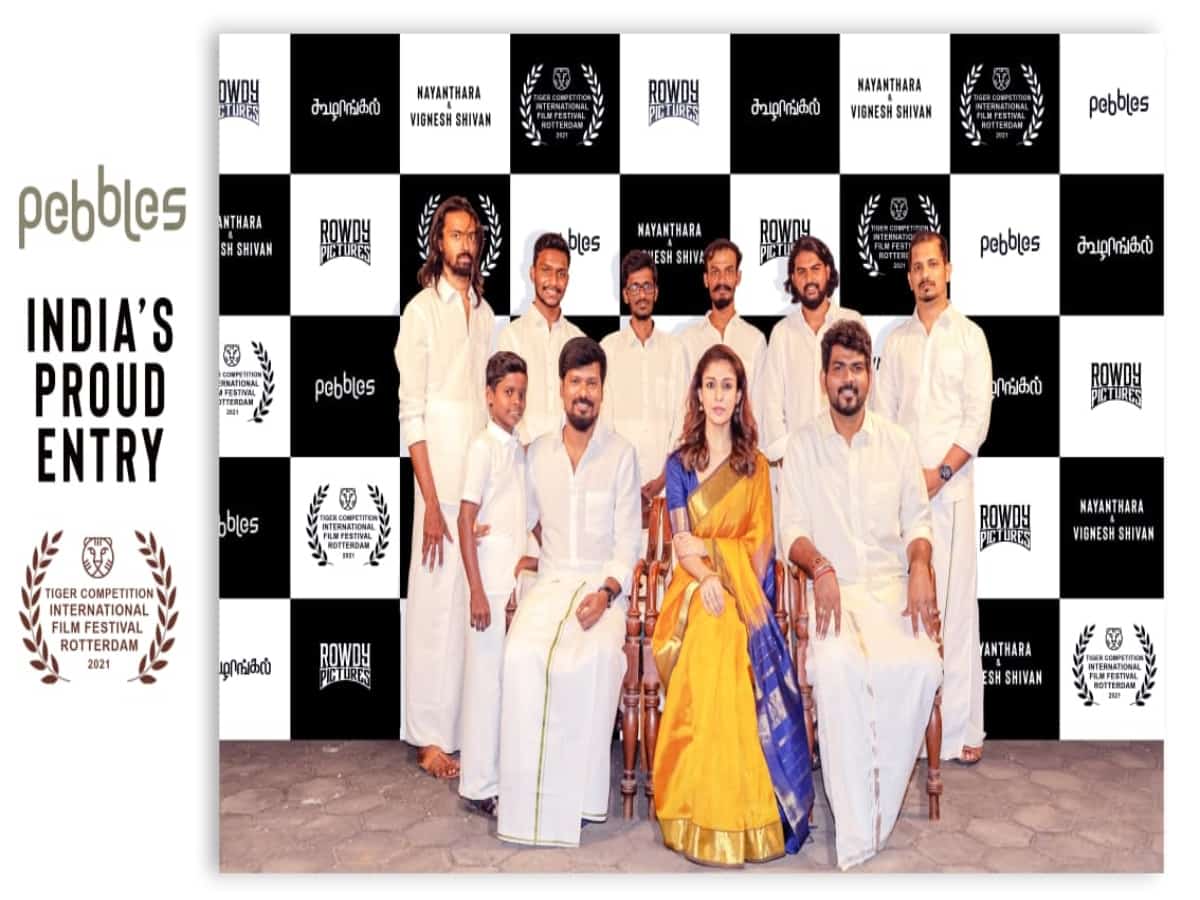 The film marks the directorial debut of Vinothraj PS and is produced by Vignesh Shivan under his banner Rowdy Pictures.

‘Pebbles’ is only the second Indian film to win the honour in the history of the prestigious film festival. Malayalam filmmaker Sanal Kumar Sasidharan’s S Durga was the first movie to bag this award in 2017.

The jury called Pebbles “a lesson in pure cinema captivating us with its beauty and humour, in spite of its grim subject.”

Set in the backdrop of Arittapatti, a drought-ridden village in Tamil Nadu, Pebbles follows the journey that a wife-beating alcoholic takes with his little son as he sets out to bring back his wife who has fled his abuse.

Taking to Twitter Vignesh expressed his joy over winning this award,

Vignesh and Nayanthara await the release of another production venture Netrikann, starring Nayanthara in the lead and directed by Milind Rau. The film is believed to be an official remake of Korean thriller Blind (2011).

Vignesh Shivan is also currently busy with his next directorial venture, Kaathu Vaakula Rendu Kaadhal. The film has Vijay Sethupathi and Samantha Akkineni in the lead roles, besides Nayanthara.

The banner Rowdy pictures is known for backing unique and well-written projects while giving opportunity to the new comers.