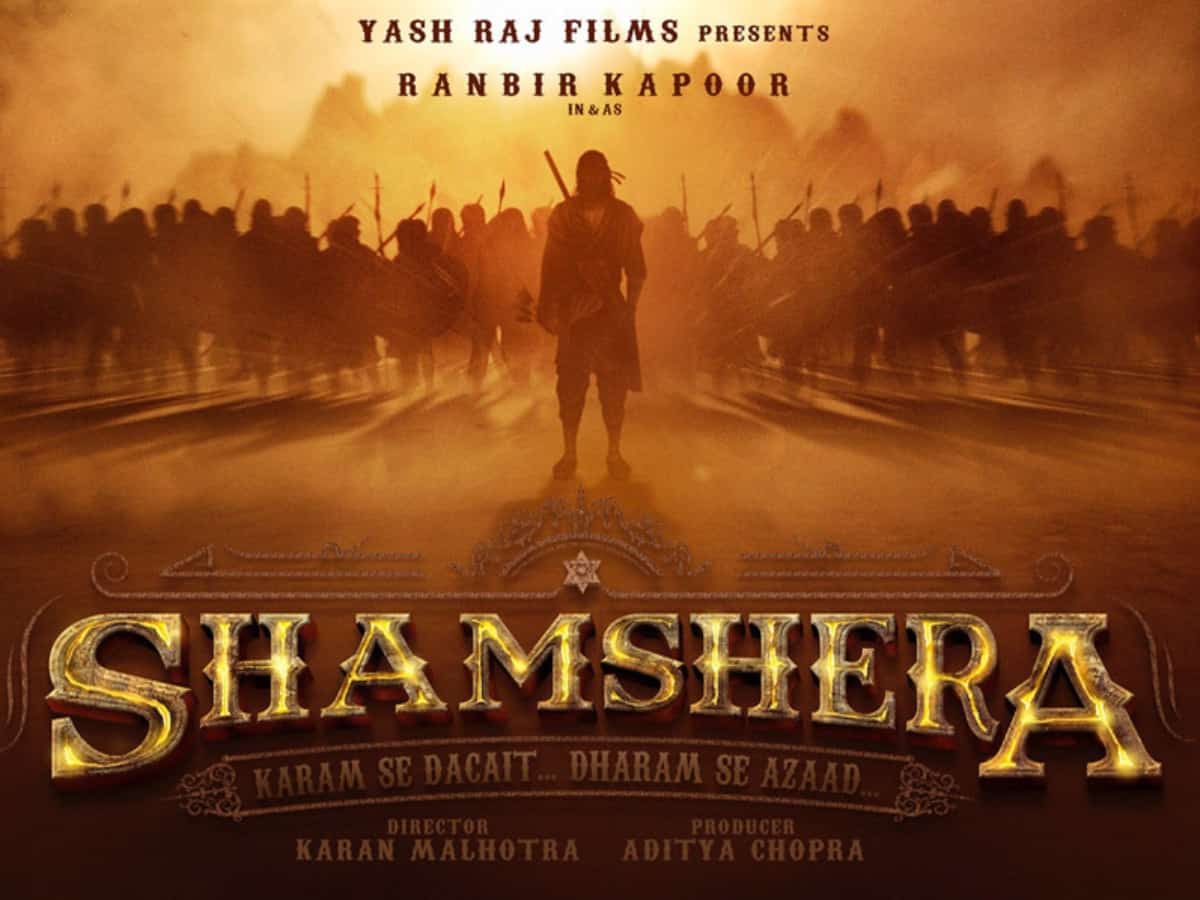 New Delhi: ‘Shamshera’ stars Ranbir Kapoor, Vaani Kapoor, Sanjay Dutt, and director Karan Malhotra will be having an interesting chat session where the entire team of the film will be roasted in front of the media and fans in the capital.

Yash Raj Films has designed an interesting chat session. Ranbir, Sanjay, Vaani and director Karan will be asked some pointed things about their life, career and ‘Shamshera’; and how they negotiate these hilarious questions will certainly be the highlight of this event.

Ranbir and Sanjay, along with Vaani and Karan will also be doing several large scale crowd activities to promote the film.

The story of ‘Shamshera’ is set in the fictitious city of Kaza, where a warrior tribe is imprisoned, enslaved and tortured by a ruthless authoritarian general Shuddh Singh, played by Sanjay Dutt.

The high-octane, adrenaline-pumping entertainer is set in the 1800s in the heartland of India. It has the big promise of a never seen before Ranbir Kapoor, who plays Shamshera in the film! Sanjay Dutt plays Ranbir’s arch-enemy in this huge casting coup and his showdown with Ranbir will be something to watch out for as they will ferociously go after each other with no mercy.

Directed by Karan Malhotra, this action extravaganza has been produced by Aditya Chopra and is set to release in Hindi, Tamil and Telugu on July 22.